I am an avid sports fan and the Olympics kept me glued to the TV while in the garage this past weekend. I am a big fan of London and really enjoy seeing the different venues that are shown on the television. I did manage to start on the exhaust system, at least from a layout standpoint. I have always built my exhaust system myself as you can put the pipes where you want them, not where some muffler shop wants to place them. I also require flanges as I intend to have them coated. Most shops in our town don’t do flanges and if you find a place to do them they want a fortune.

You have lots of decisions to make when building an exhaust system. Here are just a few of the items to be considered.

I mocked up some stainless tubing I had in the shop to see where I wanted the tubing to run and the approximate route I would use. I have read that you want the mufflers located as far back from the engine as possible which in my case is between the x-member just prior to the rear axle. I have room for 24″ OAL mufflers and they should be real easy to hang in that location.

My friend George just finished his exhaust system on his sedan delivery and sent along some photos of some rubber mounting blocks that make the installation much easier. He does everything in a precise manner so I don’t question his judgement. I have a lot of work to do to complete the system and hopefully can provide you with some ideas you can use when building your system. 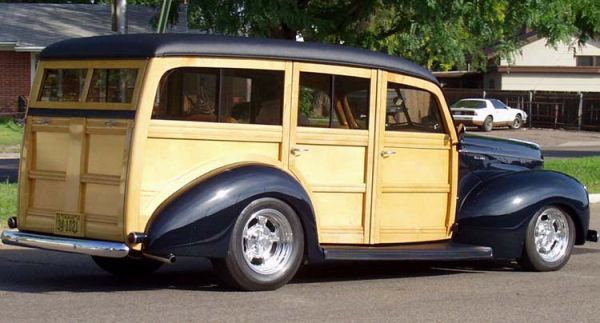 I missed this one on Craigslist last night. The car sold for $75k and the owner stated he had over $200K invested. WOW! 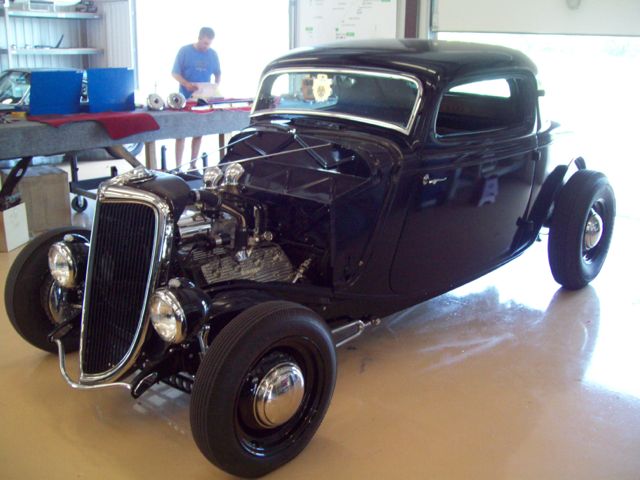 Dave stopped by the HRG on his way home and fell in love with this little 34 coupe with a flathead mill. 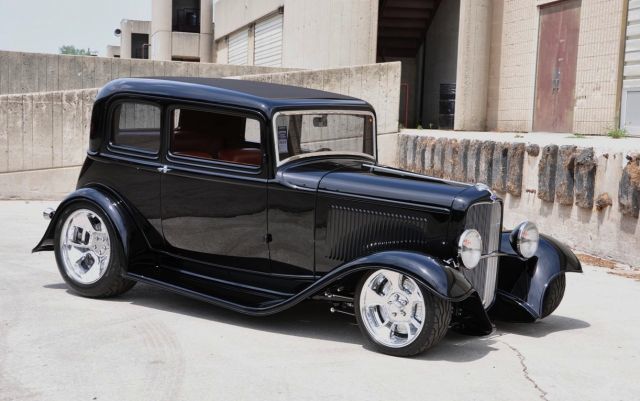 Alloway builds some nice Deuces and this is one of them. Black, big block and big wheels are his signature items. Perfect 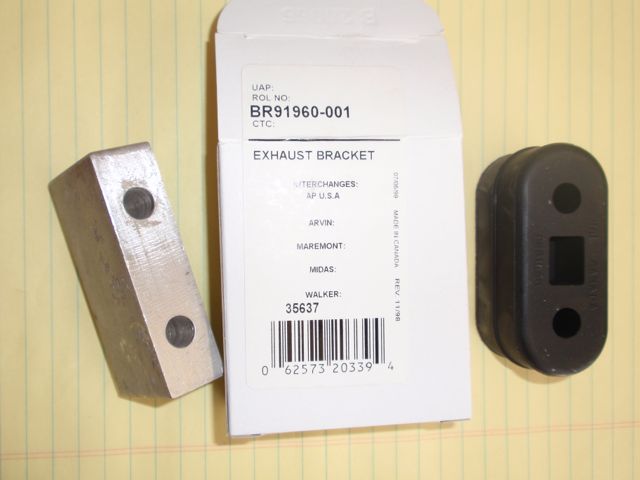 George uses these neat little exhaust rubber bushings and made an aluminum block to use while welding. He is a perfectionist. 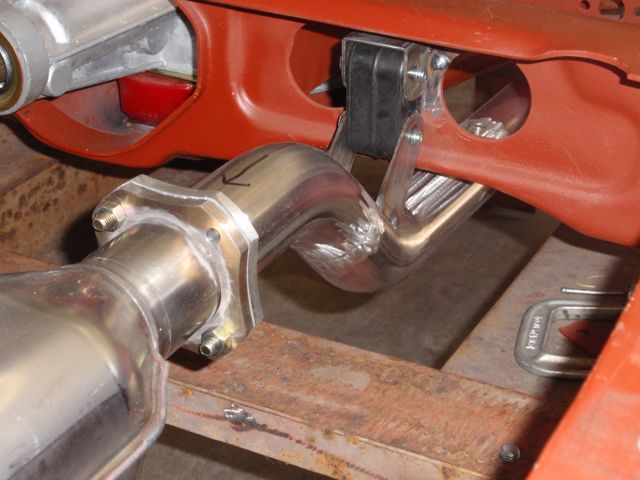 Here is the finished system showing the neat hangers and mandrel bent tubing with Kugel flanges. 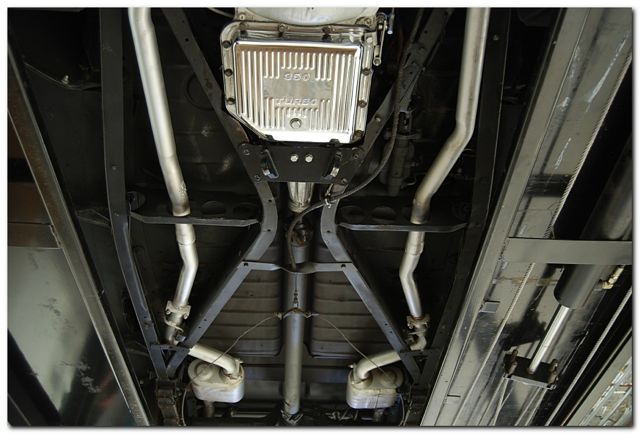 Here is your standard muffler shop system in our area. The system works fine but lacks detail and style. 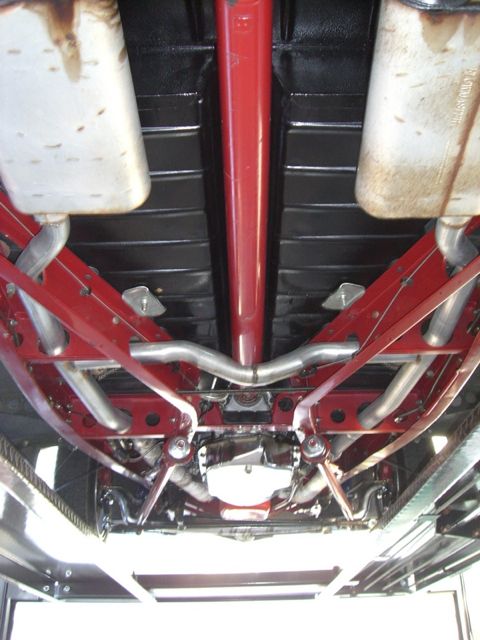 This system has a balance tube and is a little more to my liking. 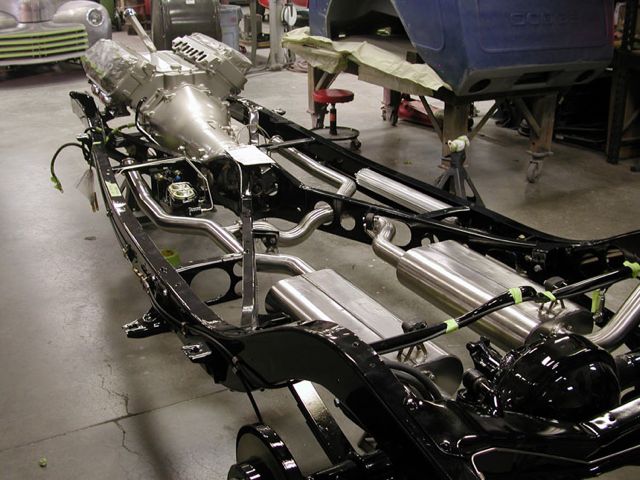 SAR knows how to build the system that meets their quality of cars. Note the design and layout in this 46 chassis. First Class! 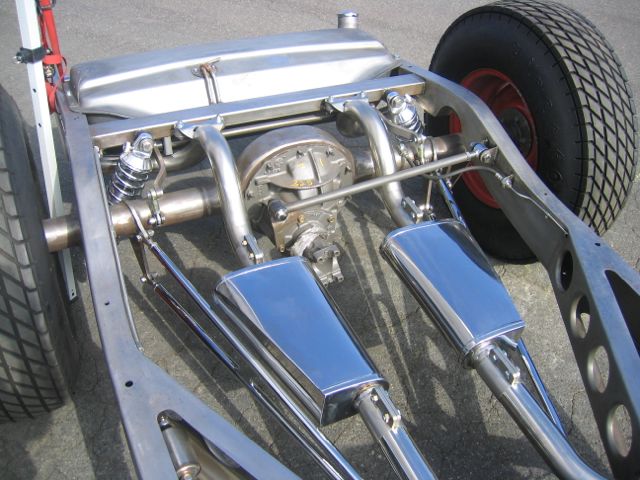 SSRS builds a very nice stainless system utilizing their modified mufflers. Nice work but costly. How nice do you want it is the question? $$$ 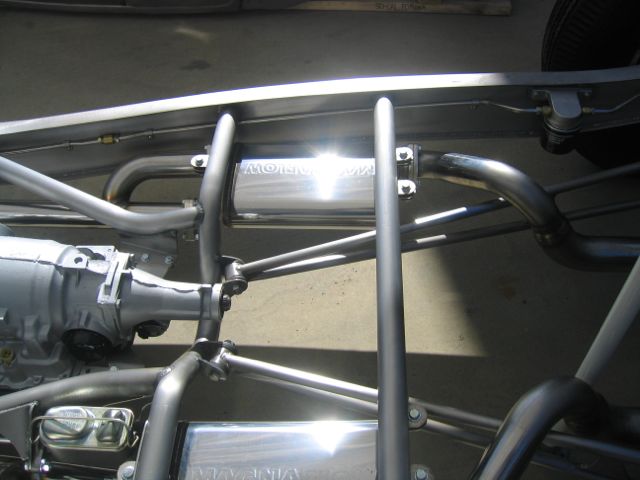 SO-CAL offers a premium system for under $2k and fits their chassis like a glove. The system looks and sounds great. 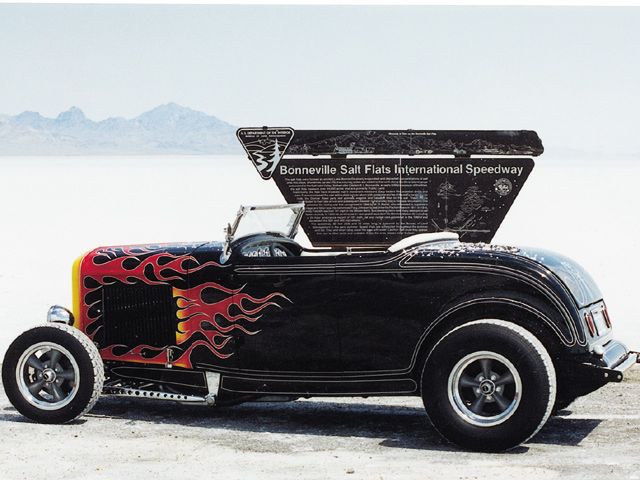 Tom was a trend setter with this hiboy roadster in the 60’s. Roy restored the car for Jorge and it should be placed in the Peterson for all to admire now and in the future.