We are still in the Bay Area with our children and grandchildren but I thought I would post a few photos from the Santa Cruz Woodies and Forty Ford Day events. Thanks to Dave for the 40 photos. We headed out early Friday morning and drove to Carmel-by the Sea where we fell in love with the beautiful city. We walked on the beach, had a superb lunch and did some shopping on the famous Ocean Avenue. We then drove up the 1 for a spectacular drive and very scenic terrain. With the Pacific on your right hand side and beautiful mountains on your left, it is hard to keep you eyes on the road, which you definitely need to do. After a couple of hours, we arrived in Santa Cruz and looked around for some woodies â€” then headed for my daughter’s house.

Saturday morning we headed back to Santa Cruz with our daughter and looked at all the beautiful woodies on the Wharf. I had never been to this show and was surprised by the quantity and quality of the wagons (200+) in attendance. The venue is very crowded with people and cars of all kinds, not just woodies. The far end is reserved for the Woody show but it is very tight accommodations and difficult to take photos due to the number of spectators that are on the Wharf. We met up with Walt and Dave, walked the show, talked to lots of Woodies owners and enjoyed a delicious Taco lunch. The show was a nice event but we had a long drive home back up the coast with some stops along way for some strawberry and blueberry pie. Santa Barbara Woodies is our next Woody show.

Forty Ford Day was a success and lots of forties showed up for the 40 is 75 celebration. I am sorry I missed it but Dave sent along some photos which are shown below.

I will be back on Wednesday with some more tales of my adventures. 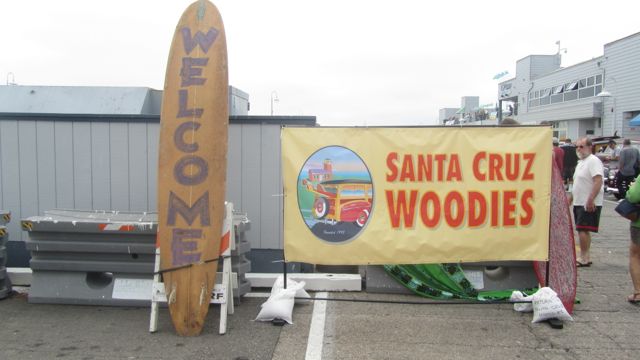 The far end of the Wharf is where the Woodies are located and was marked off by their club banner. 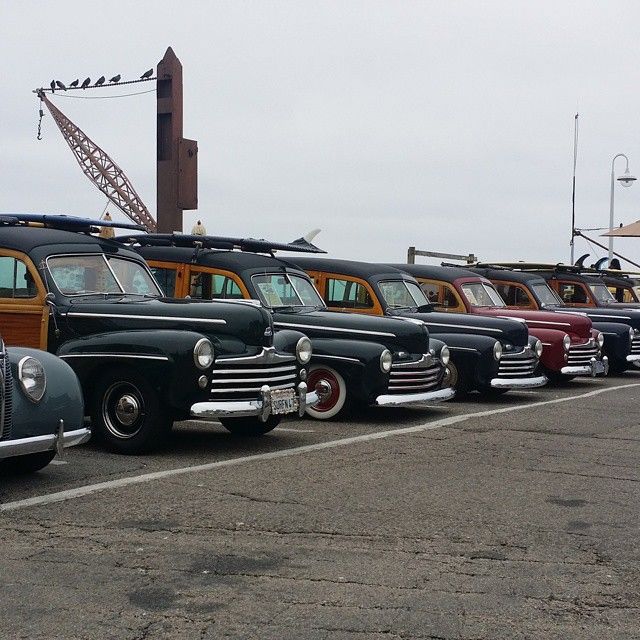 This early morning photos show the line up of the 46-48 Woodies which are real popular with enthusiasts. FB photo. 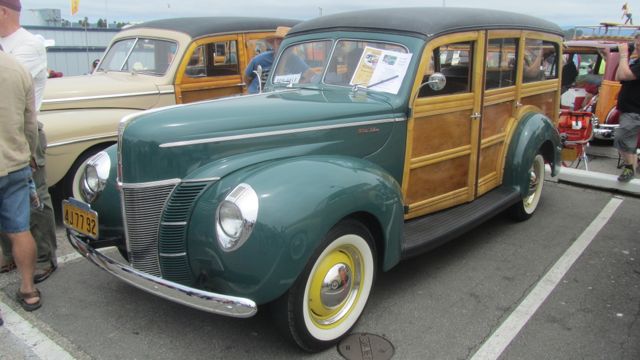 This 40 was for sale and advertised wood by Nick Alexander’s main varnish man. 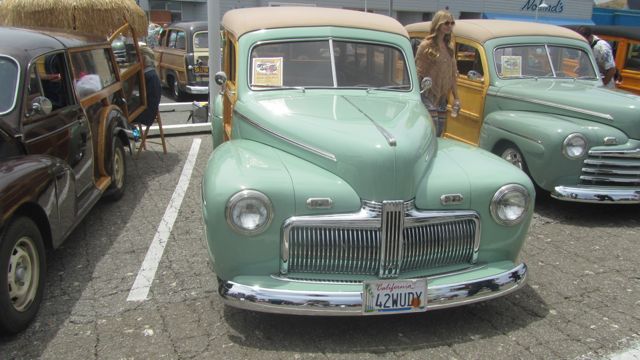 This 1942 was my families favorite. Don Bickel was the builder of this stunning beauty. 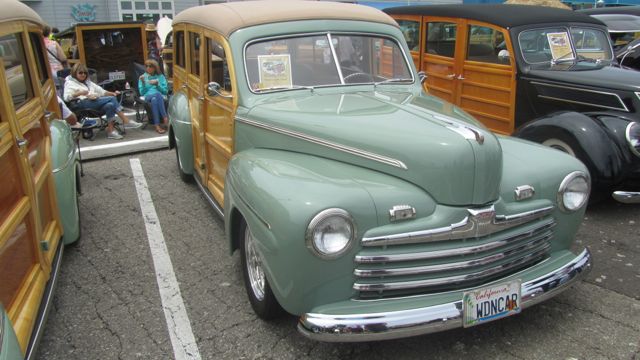 Don also built this 46 Ford in a similar color and style. 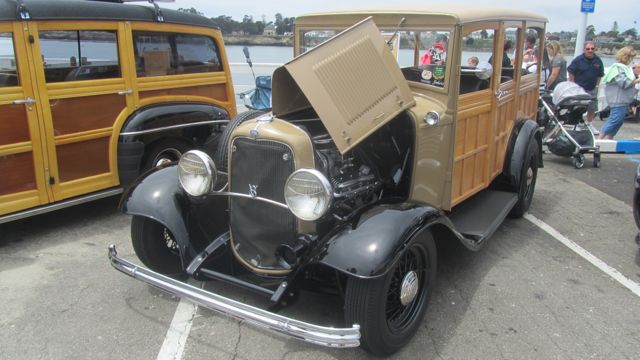 Al’s Deuce has been around for a long time and still looks good. These wagons are rare and I love to look at them. 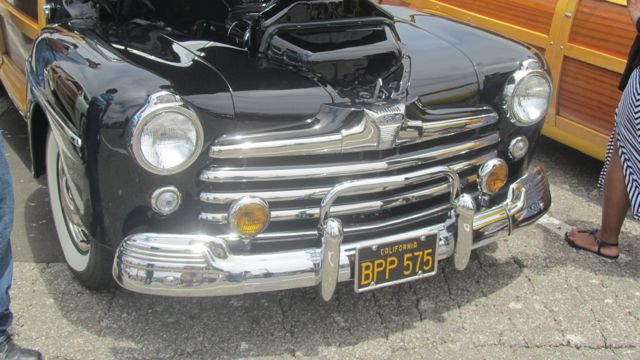 Dennis’s Sportsman had some JC Whitney headlight bezels with parking lightsÂ incorporated. This is one very nice Sportsman. 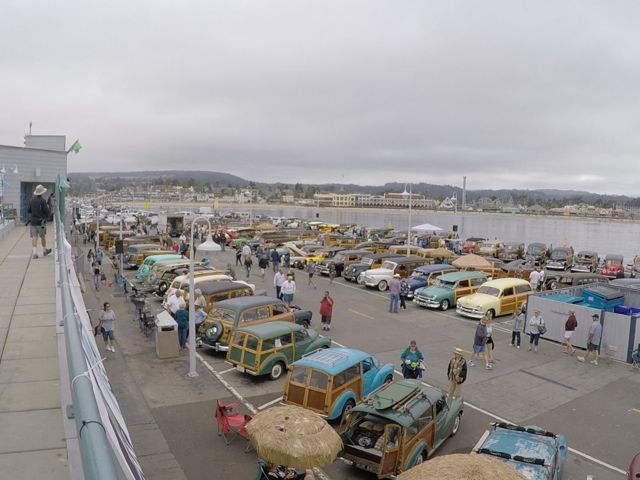 Rich was there early and captured this nice photo before the crowds arrived. Thanks Rich! 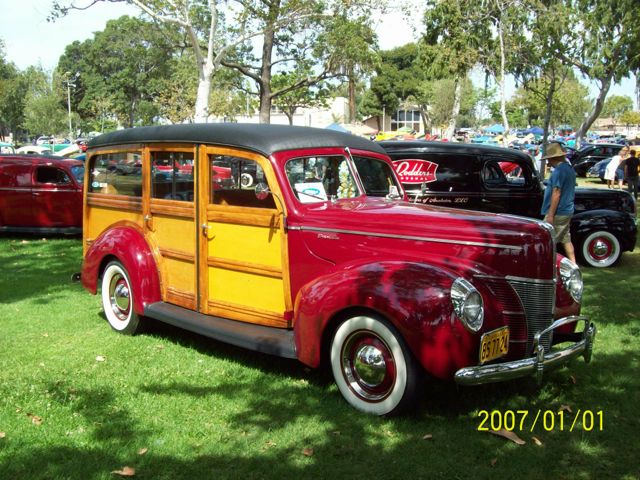 The woodies showed up at LaPalma Park also. A very nice example is shown here. 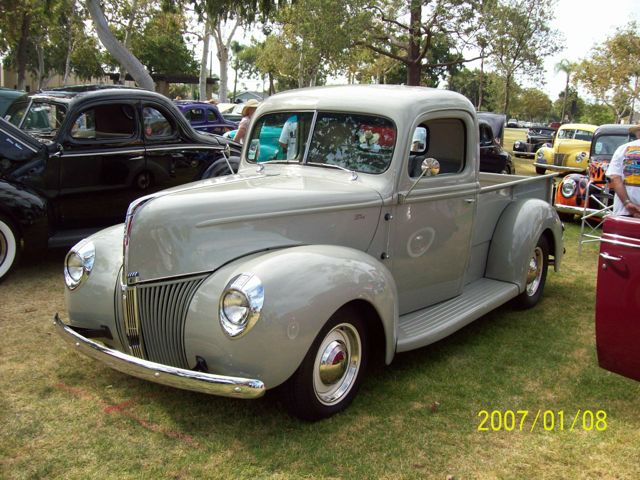 I love this clean little 40 pickup. Simple is best when building a 40 of any model. 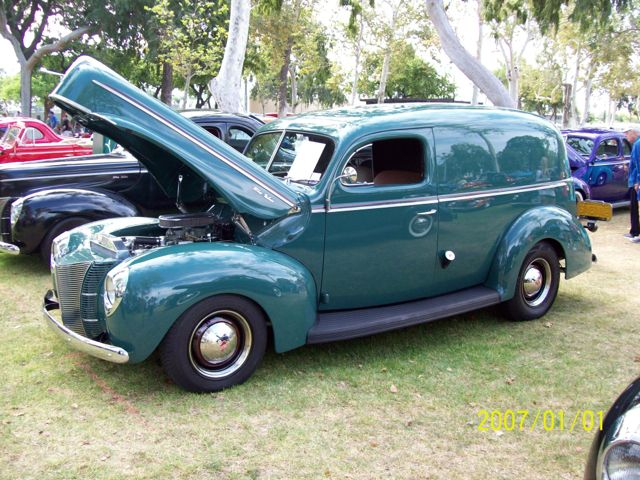 I have looked this delivery over many times since being complete and it is a very nicely detailed 40. The car has been for sale but no takers as of this show. 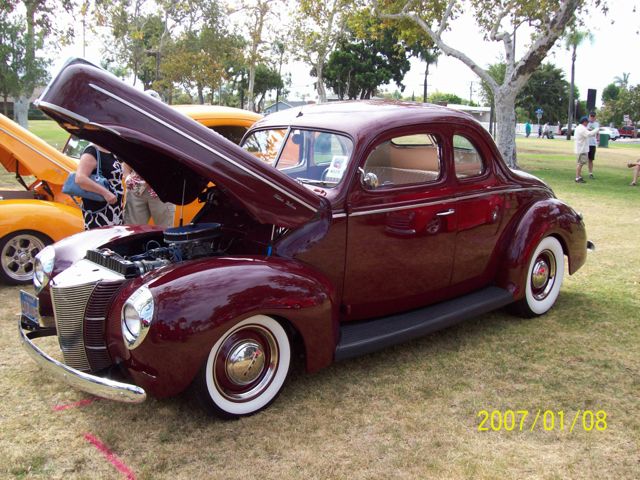 Lots of coupes at Forty Ford Day this year, but this maroon one was a favorite of mine. 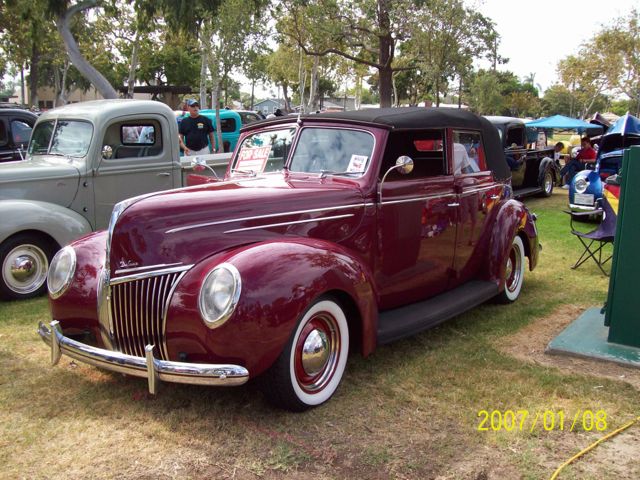 Gabe had his 39 convertible sedan at the event. He has two of these cars and has been trying to sell this one for many years. 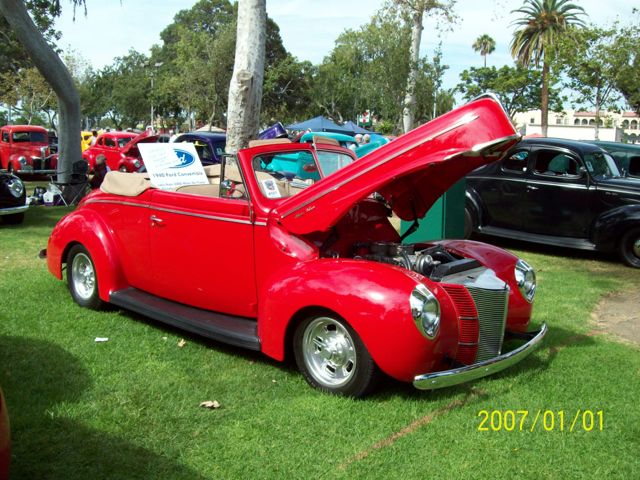 Dave likes convertibles and there were a couple at the show. He liked this red one with the Halibrands. 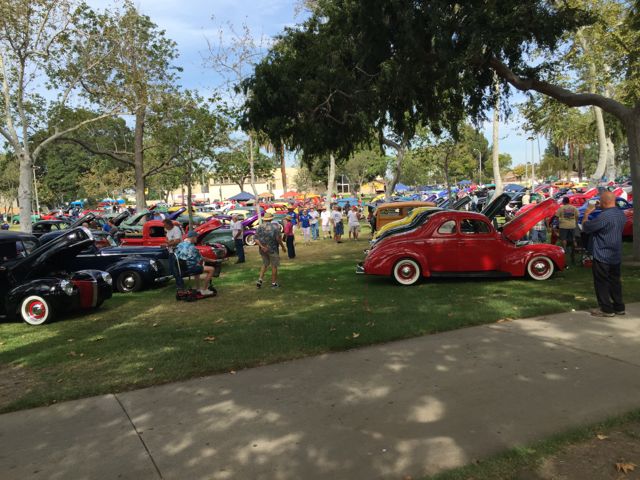 Rich was at the Forty Ford Day on Sunday where all the Forties with their hoods up were being judged. Lots of Forty lovers in LA!!! 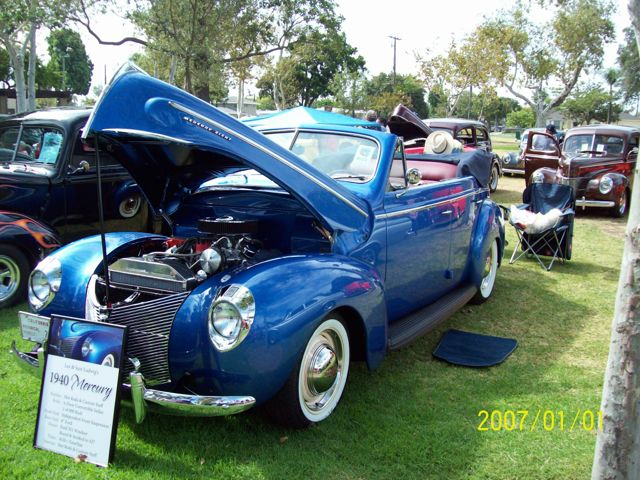 A very rare 40 Mercury sedan was looking good and Bob-O would love one of these.