I spent the afternoon trying to remove some scratches from Pepe that were caused by a sponge bath I gave him. It seems as hard as I tried, something must have been in the sponge and caused some minute scratches. I first tried the Mirror Glaze by 3M which is a great product for removing scratches in black; while it helped it did not get them completely out. I hooked up by polisher, added some polish and presto, the scratches are gone. Tomorrow I hope to wax the entire upper section in preparation for the GNRS. I don’t last very long holding a buffer out in front of me for a long period of time. Keeping any paint job in decent shape if you drive them is difficult.

While I was in the cleaning mood, I pulled the car up on my ramps and cleaned the front suspension which is all stainless and chrome. The Heidts suspension has held up well during the 15K miles I put on it. Cleaning was easy and I added some polish to help protect the finish. I need to pull the wheels and clean the inside which I can reach with the large disc brakes. I have everything in decent shape except for the rear end housing which I have been thinking about changing when I change the rear sagging springs to the new parabolic ones from TCI. Curvy had a neat rear end from Currie that would look good under the car so I have been looking for one of those that someone has taken out and replaced. I have a couple months to make some repairs and check the undercarriage nuts and bolts.

With Don winning the builders choice at SEMA, the price of Deuce Fourâ€“Doors just went up. Could there be one in your future?

Start your Christmas shopping early and avoid the crowds. 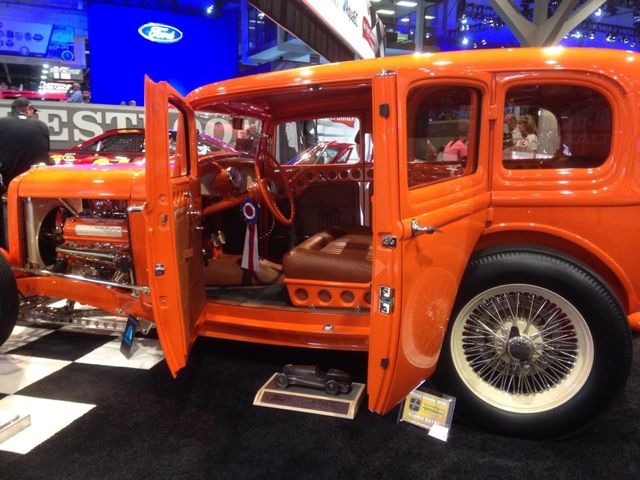 The big winner at SEMA on Friday was Don Smith’s beautiful four-door Deuce sedan. No stranger to the winners circle, Don has had a string of show cars starting with a Deuce wagon and sedan from Boyd in the 80’s. What will next year bring in different Deuces? 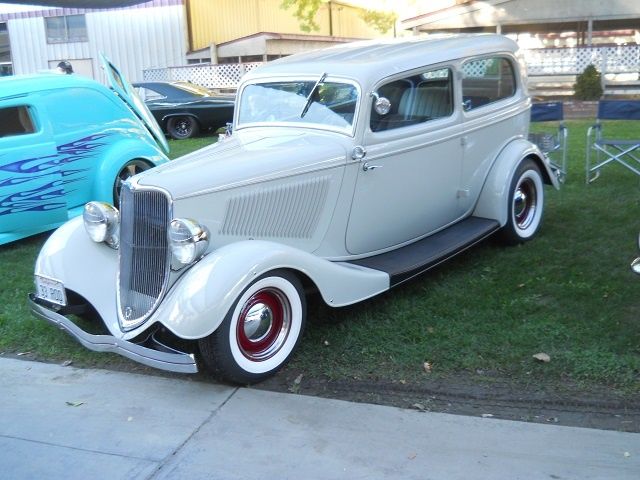 I have seen this fast 33 sedan at most of the events and always stop and take a another look. The fit and finish are as good as it gets â€“ especially around the grille and hood. 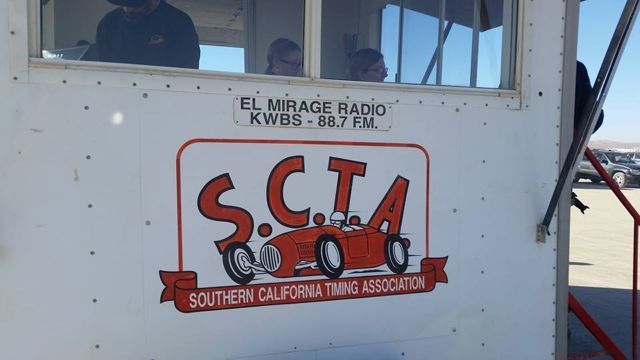 El Mirage had some great racing this past weekend. Our weather was perfect for racing. 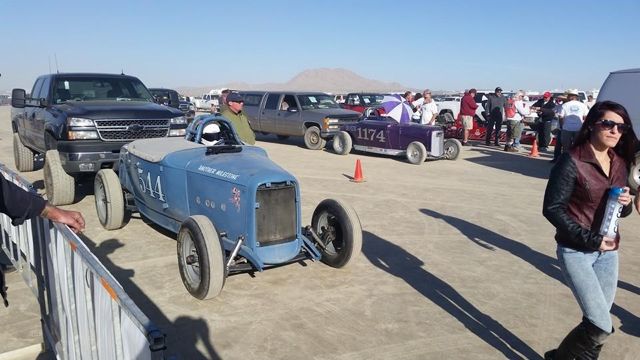 The Desert can be cold in the morning so the ladies need a jacket and boots. If the push cars were 40 trucks we could turn back the time. 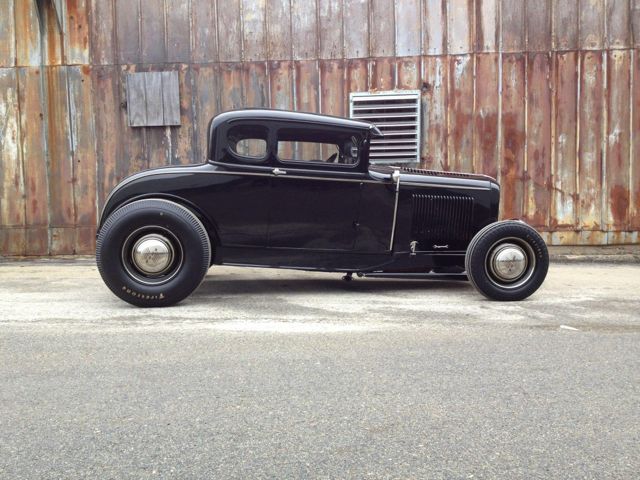 Bob-O still likes his Model-A coupes so I made him a photo for his birthday. It sure has the look. 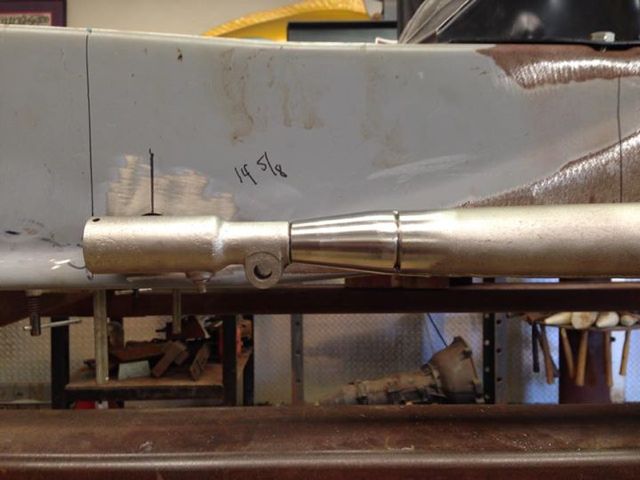 A fellow GM engineer and all around hot rodder, Cory has developed these tie rod end bungs to use with early tie rods ends. They make the transition safe and aesthetically pleasing. 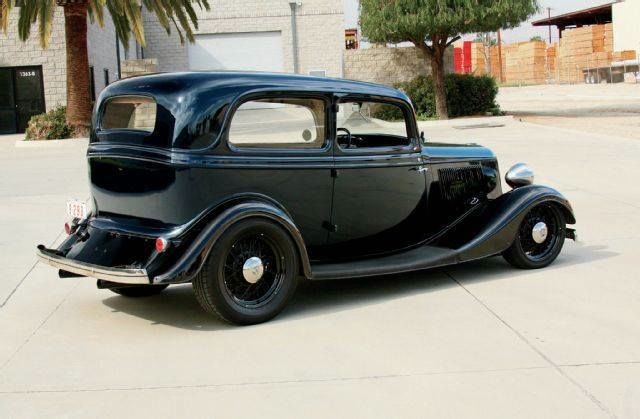 The SO-CAL built 33 sedan is about the cleanest build I have seen in a long time. See SRM for details. 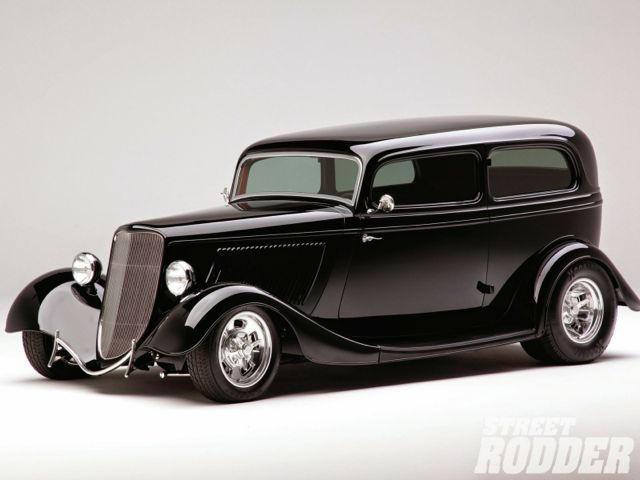 SRM did a feature on another 33 sedan that I watched being built. Chopped and thinned out by Â GMT the end result is very pleasing to the eye and I don’t normally like chopped model 40 sedans. 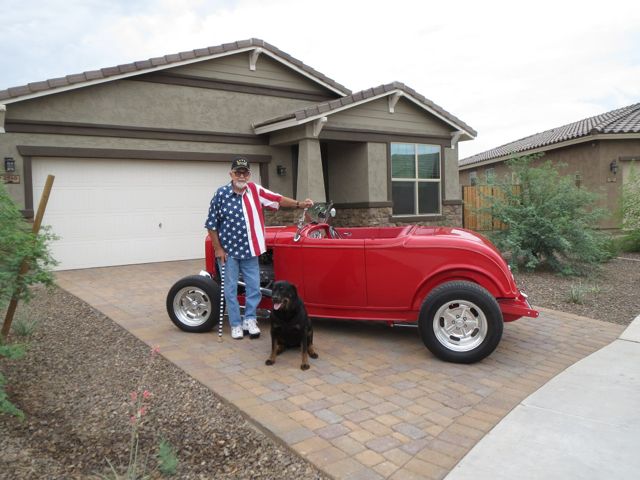 One of our “Back Road Boys” has moved to AZ to be closer to his daughter. He made sure his roadster and dog (Roxy) were in the moving van. We miss you Don. He is 85 years old and still hammering his roadster. 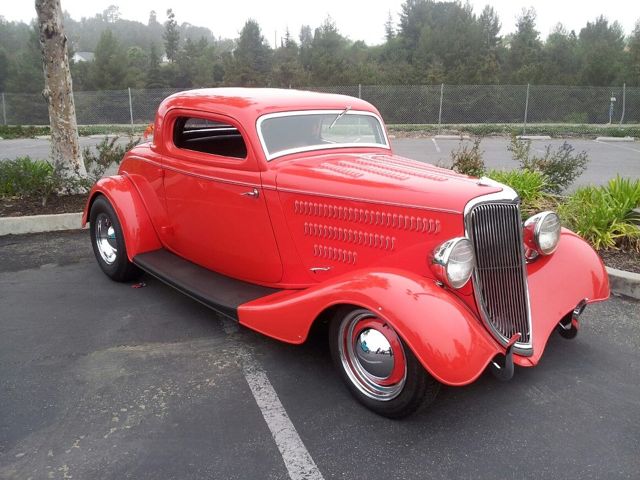 Tom Prufer built this beauty around 1979 and the car was an instant hit. “The Kid” look. 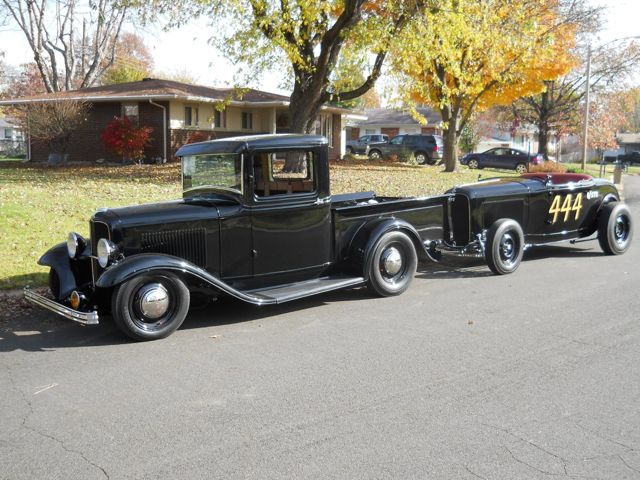 Now this is the perfect pair for the Deuce lover.