The rain was coming down as my wife and I headed out for our Saturday cruise to Ventura to honor one of the Roadster Boys who is moving. The highway was wet and the rooster tails were landing on my hood and windshield. I had just cleaned my car and seriously considered not going but a little rain never hurt a true Hot Rod. As we headed East on the 118, the rain stopped and the sun began to shine. We both had smiles on our face which meant we had made the right decision. Our normal starting place was dry and I wiped off the car while waiting for the others to arrive. Dick was the first to arrive and soon we had the Roadster Boys on the road to Ventura. I was selected as the leader as I was in a closed car they could spot easily. The roadsters were without tops which was fine until we headed West up the 101 and the black clouds followed us dropping a light mist over our windshields. It seems the faster you go in a roadster without a top the less rain comes inside. I increased my speed to above 75 and all went well.

Our destination was Pete’s on Main street, but as we approached we could see the line waiting for breakfast was around the block and no parking places were available. Sometimes are plans are not so great but today was our lucky day as the little yellow house down the block had no waiting and we found parking across the street. The waitress guaranteed us their breakfast was just as good or better than Pete’s and she was right. Don was happy we didn’t have to continue looking for another restaurant in the area. We had a wonderful time and soon we were on way to tour the Ventura Harbor and the Channel Islands. Dick lead the way and we saw some beautiful homes right on the beach as well as some scenic country side. The rain subsided and I was enjoying the drive when Dave pulled up in his roadster and said follow me. I did not know it but he had made arrangements for the group to stop by the County Rod Shop to see some projects and look at his Deuce sedan.

Terry, the owner, has a large well equipped shop and can shape metal better than most. He was in the process of redoing his son’s Deuce sedan rear lower panel. He used Dave’s sedan for a pattern and made an exact replacement panel. I am always amazed at the talent that exists in these shops. We looked at several other projects and discussed the excellent craftsmanship that comes out of this shop. We thanked Terry for his hospitality and then headed toward home going the back roads through the strawberry fields.

You know what they say..”Blondes have more fun”â€¦and so do the “Roadster Boys!”

Don was happy for one last cruise and will be missed by all of us on future trips up the coast. I wish him all the best in his new location. 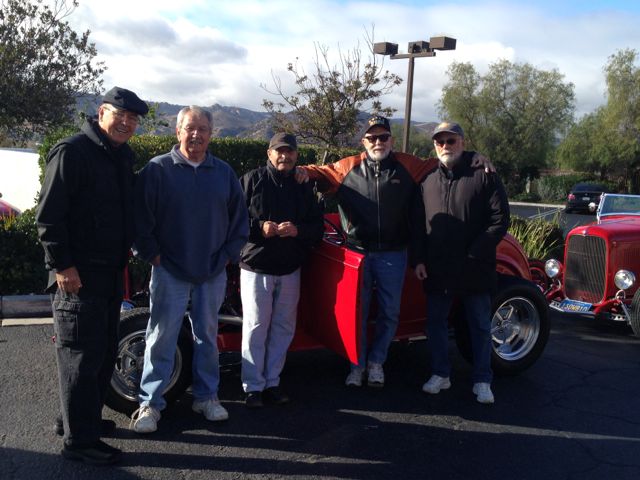 The Roadster Boys ready for the trip and the big send off for Don. Not too cold but a little mist was coming down. 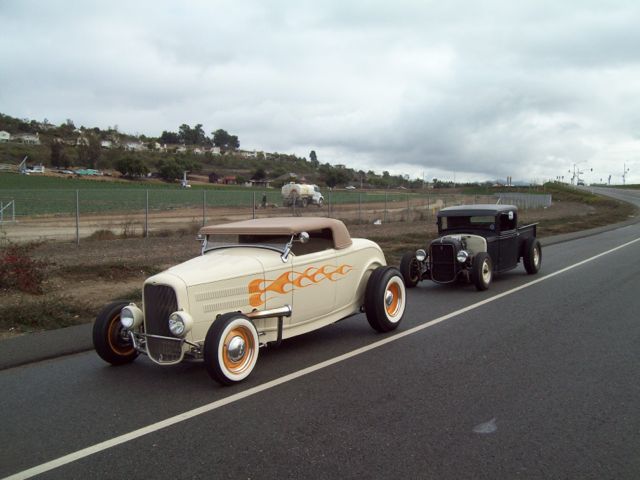 We picked up Dave and his young friend on the way. The pickup was built by the young man while in high school. Yea! 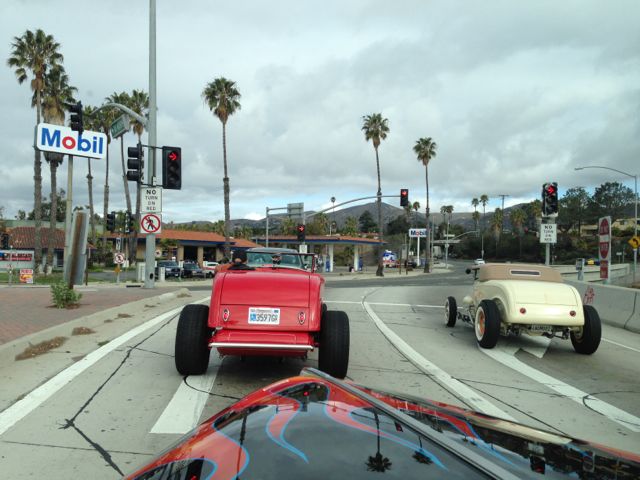 Heading into Ventura we all made the turn without incident. Dave has his top on and the heater. 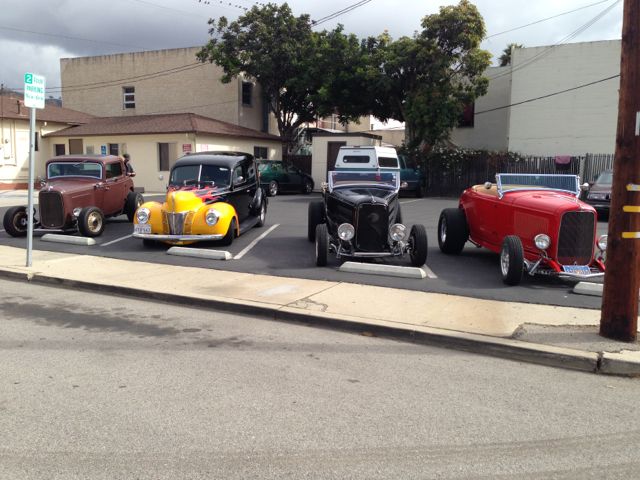 We were lucky to find parking together but the Clinic was closed and we took advantage of the open space. We kept an eye open for the tow truck. 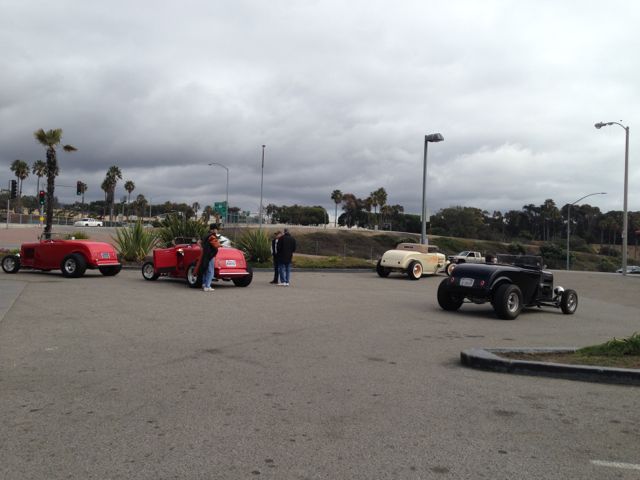 The clouds grew dark and we stopped for our “Pit Stop” and headed toward the Pacific for some beach time. 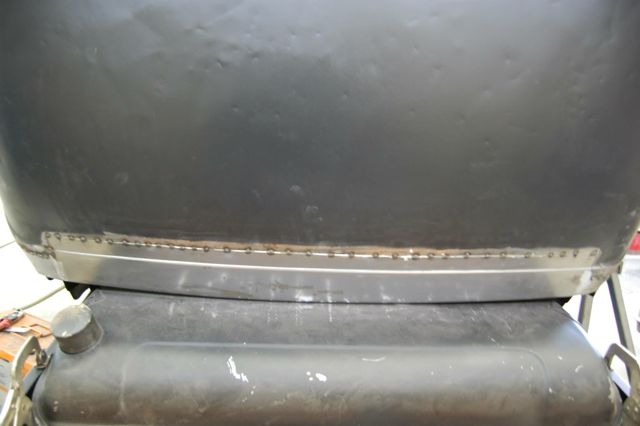 Replacing the lower reveal panel is not difficult when you have tools and talent. Terry has both at County Rod Shop. 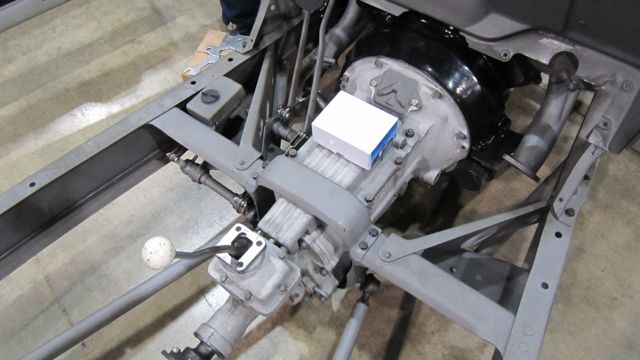 SSR has a unique way with mounting the m/c in this stock chassis. Note the loop on the K-member for easy removal of the transmission. Can’t you remember when the first item to be removed and discarded was the K-member. Now price one for your project. 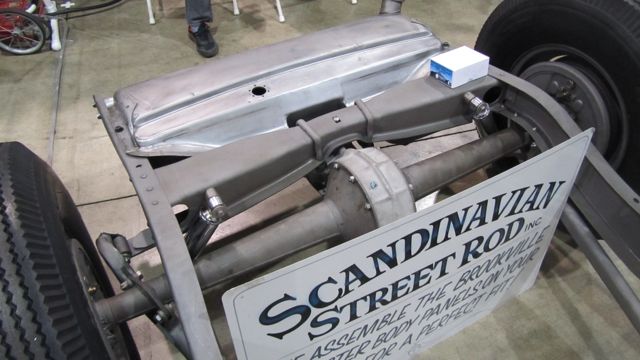 SSR also flattened the rear crossmember to clear the QC. It still looks close to me but would not require any valuable floor space in the trunk or rear passenger area. Note 36 hangers, Lincoln brakes and 40 style spring. All old school with a modern touch and current day engineering. The wishbones also look close to the frame rails. 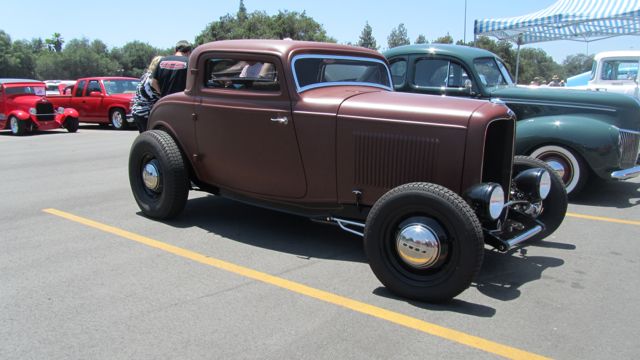 A chopped 3 window (Kennedy Boys) looks good in red oxide primer and black steelies. Bob has a fleet of cars and this is one of his latest. 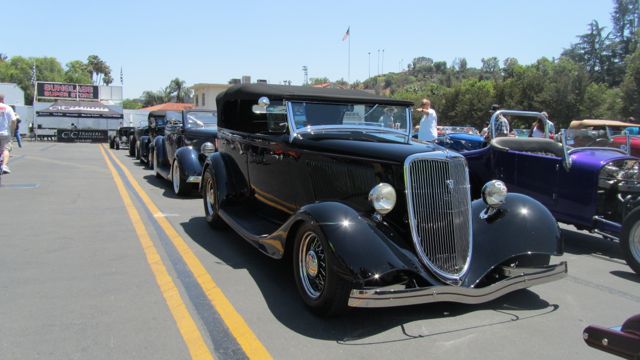 Jim has one of the nicest 34 tubs around and he drives it everywhere. I think we need to build more tubs this year. 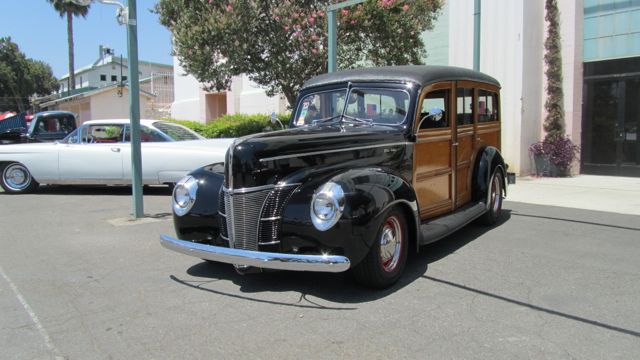 Jim is building a 40 woody so I thought I would show him what a finished one looks like. Keep pushing Jim and Ryan for your dream woody. 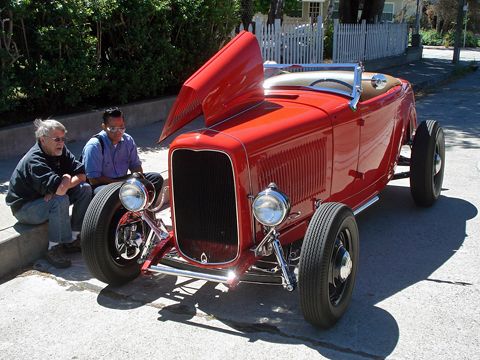 Seabright Hot Rods friend and customer has a pure winner is this oldie. 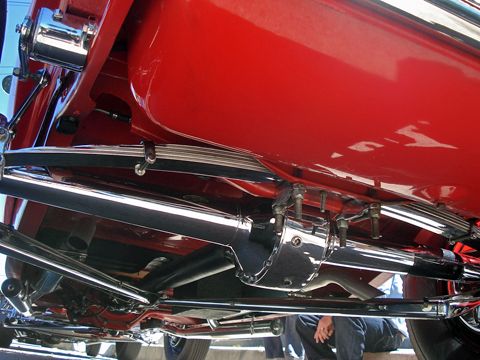 I don’t think you could afford the chrome bill on this set up today. 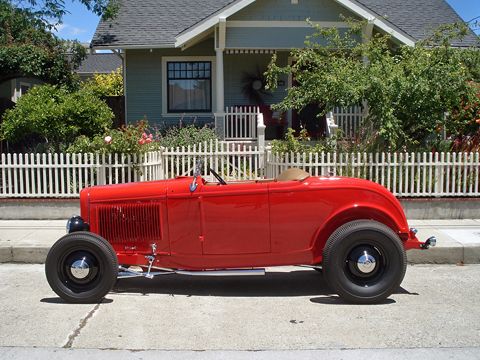 Sometimes it is pure gratification to share your passion with a friend and reflect on the past. Rememberâ€¦You are never too old to set another goal or dream a new dreamâ€¦ C.S. Lewis