Since I am a loyal GM guy, Jane and I headed over to the All GM car show today in the Valley. I haven’t been to this show since they moved the venue so it was a new experience for us. The park was full of GM only cars of various vintages and were mostly stock in nature with only a few showing performance modifications. I normally don’t pay much attention to this style of car but when seeing the old Cadillacs, LaSalles, Corvettes and several other GM brands, brought back some very good memories to me. Jane and I shared some of our dating years driving Corvettes and 64 Chevy’s so we could relate to the cars and the good times we had with them. My father also owned some Cadillacs in his early years and there were several to look at that I remember he owned. I had a smile on my face during the entire show and enjoyed talking to the people who owned the cars and listened to their stories. For a person who has the passion for automobiles as I do, recalling your days driving these becomes a permanent part of your mindset â€” know matter what your age. I wish I could have kept all of them. Mine were all modified except for my graduation car, a 1965 Corvette 327/350 hp convertible which I sold when I went into the Army. Some days are made for looking back and remembering the good time you had in your youth.

The SLO Roadster show had a nice turnout despite the rainy weather. I hope to have some photos later on this week. FB has a few but not many that I could use. My source for photos was not feeling the best and therefore did not attend the event. It looked like they visited some nice places and had some excellent food. Maybe next year I can make this event.

I spent the entire day working on the chassis and actually accomplished the installation of the front and rear cross members. I now have to start the boxing process which will require some more jig modifications prior to starting. I believed this will be the most difficult Â part of the entire build. I picked up the metal as IMS and hauled it home for layout and cutting. Once this is accomplished, I will start welding the pieces, beginning with the front frame area. I am having fun and keeping busy which is a good thing at my age.

May the week keep your mind occupied and your hands in motion. A busy mind and body reduces the stress of doing nothing. 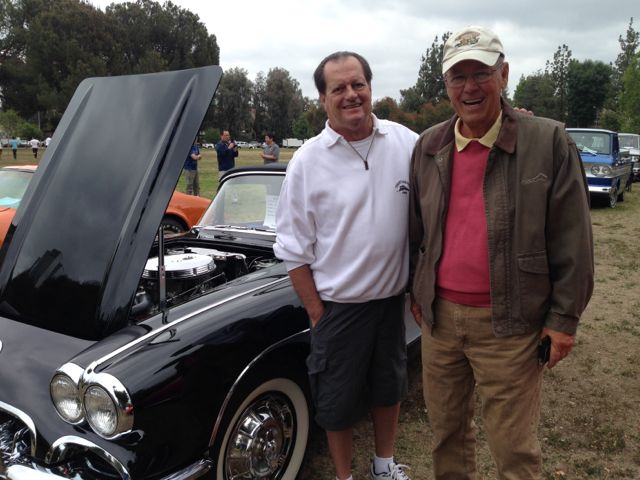 My college fraternity brother, Chip, was showing his Top Flight 1960 Corvette. I offered some big money but not big enough. 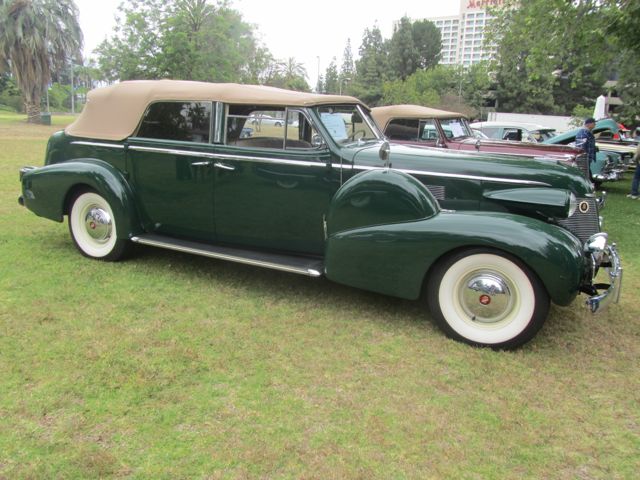 I love the Cadillac’s with the dual side mounts. The paint work was flawless on the multi-award winner. 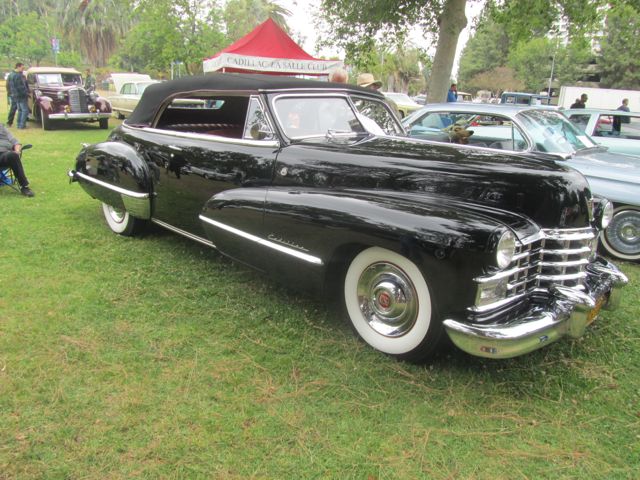 I seem to remember my father had one like this in his early years. Big old cruisers with ton’s of interior room. 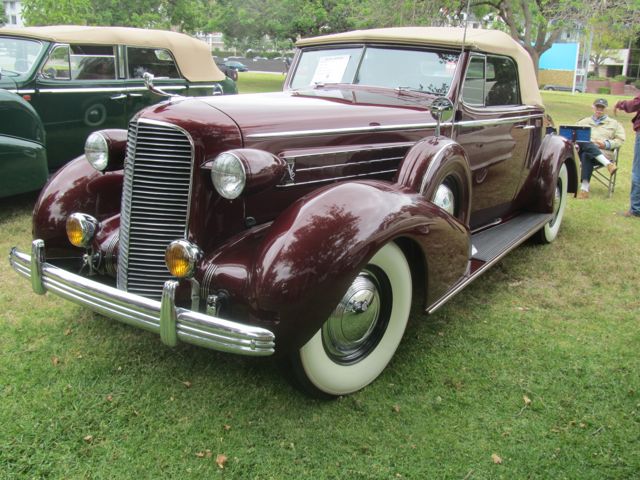 The LaSalle was a special offering from GM and was ultimately dropped. 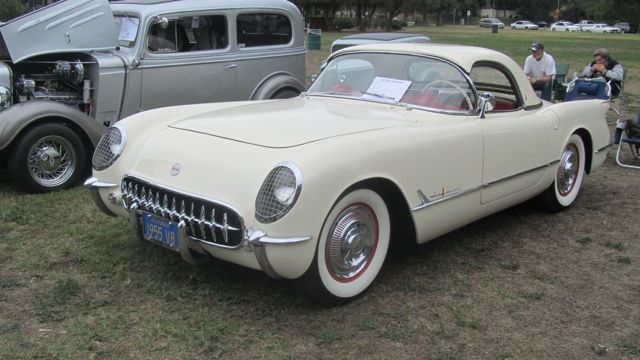 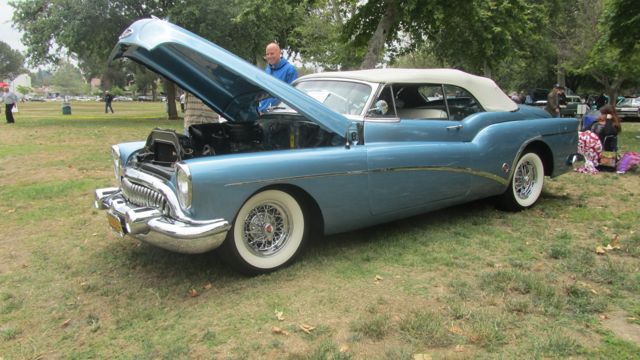 My father also loved the Buick Skylark with the wire wheels. This one was very nicely restored. 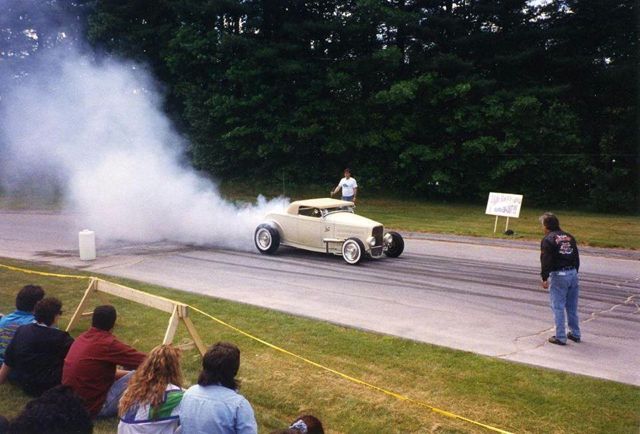 My high school buddy, Dave, is showing off by doing burnouts in the water. I don’t think he was driving. 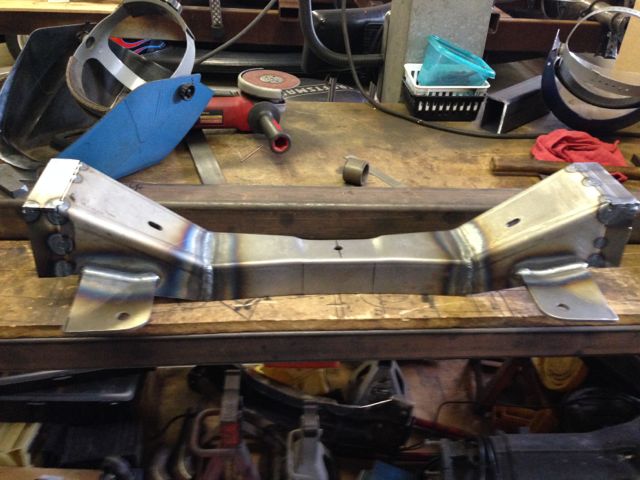 I finished the front crossmember by adding extensions so the unit fits inside the frame rails rather than butt weld. I think this is the way it should be done. 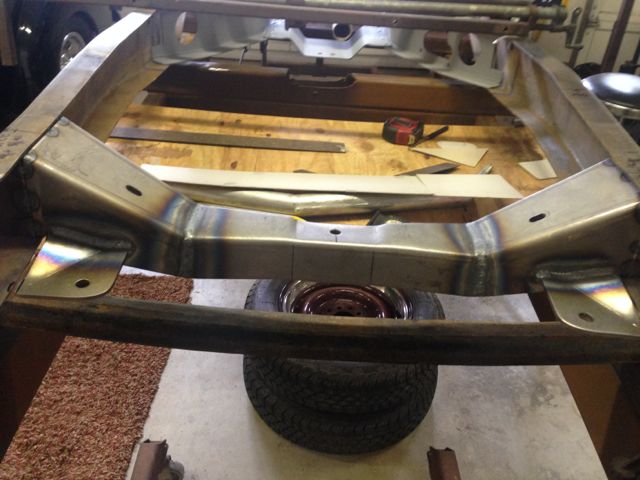 The crossmember now fits secure in the frame rails and I will finish welding when the chassis is completed. 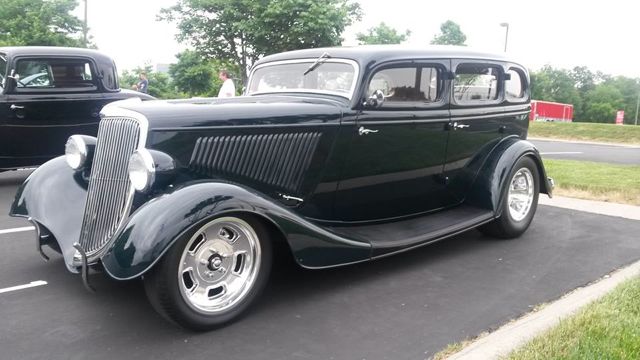 From the GG’s Nashville show comes this chopped 34 mor-door in BRG. 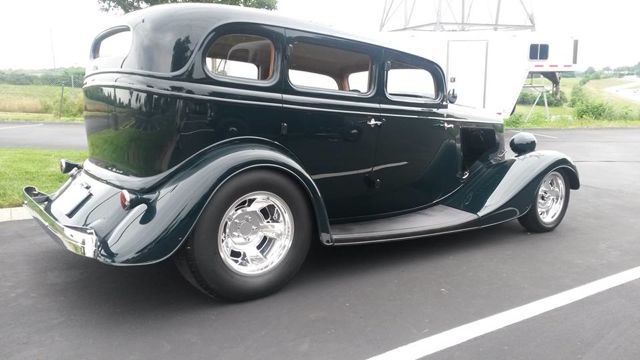 I would love to see this one in person. Perfect stance and wheel/tire selection. 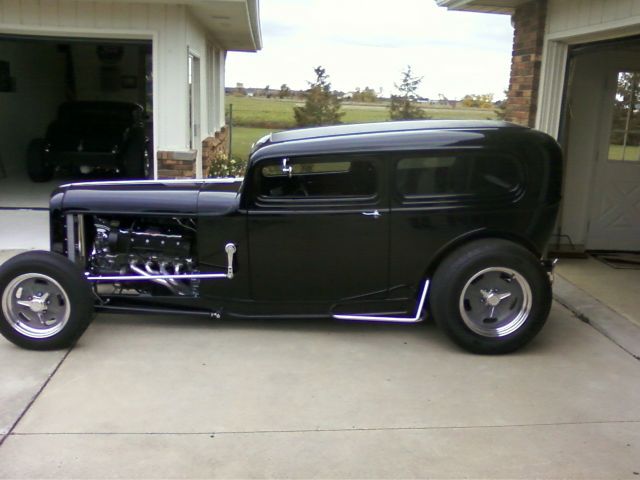 Another wild chopped tudor sedan rolling out of the garage for a peek at the profile. Lil’ John style. 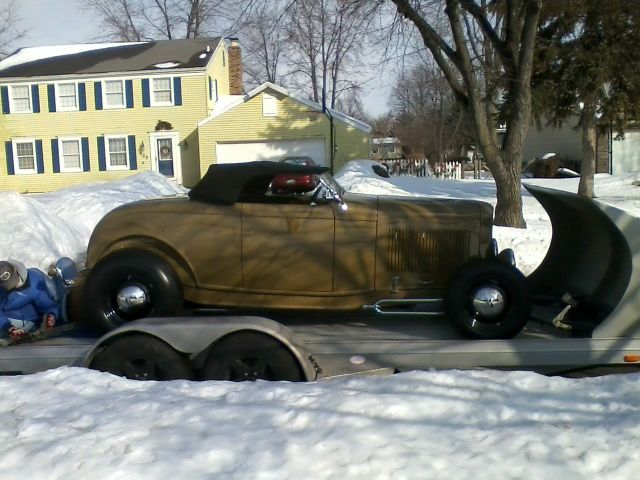 Kevin was loading his roadster in the snow for shipment to a new customer in Japan. Nice looking Hot Rod from Ohio where they build some of the best for my money.