Over the years I have liked the Duvall windshield made famous by the Doane Spencer Deuce hiboy roadster. I always thought the swept back windshield had the Speedster look and improved the stock boxy windshield. Early Hot Rodders leaned the stock posts back to give them the airflow advantage when racing and also made a much improved profile. The designer of the Duvall windshield was George W. Duvall, a young body designer, who attended UCLA and later dropped out and went to work for Southern California Plating in Los Angeles. George penned lots of automobiles and the now famous windshield. Southern California Plating owned all of George’s designs and a friend of Georges, Julian Doty, purchased the patterns and made them as the demand dictated. He sold them in the late 40’s for $17.50. Many copies and variations were produced over the years and you will see many variations on Hot Rods today.

The most notable objection to the design was the elephant ear look to the outer posts. Lots of modifications have been made to reduce that look but many still prefer the original design. I prefer the stock look on the 33-36 Fords but like the slimmer look on Deuces. SO-Cal did one for Kirk White’s tribute roadster. My first one was for Lucy my 33 roadster. I used a Wescott version which came with the body. I loved the look as it flowed with the body design. The grille, hood louvers and suicide door opening all matched the angle fairly close. Some Model-A’s also used the windshield but many switch to the Hallock style for their Hot Rods. Fred Spencer started Past Tech and Â produced the reproduction frames in the 80’s and so did Cam Grant. Today, Speedway sells the Cam Grant Version made by Dave York in BC for $1700, which is more than the stock set up costs. Wescott also makes a version which is what I had on my roadster. Speedway’s is a much better quality casting in my opinion but both have the same look.

Tops for the Duvall windshield are difficult to shape to something that flows with the side profile. The lower front height makes the rear stick up too high in most of the ones I have seen. I know that Sid (Bop Top) makes one that looks right, and of course, if you can afford it, the hammered aluminum tops really look good. Terry Hegman has a good eye as does Steve Davis. I saw one at the roadster show last year that was made out of stainless that looked fantastic. It seems like tops are important these days so make sure you you choose the right one if you are considering a Duvall windshield. I have a Deuce one that I hope to put to use this year and I thank Bill for his generosity. Now to purchase that Brookville body Santa didn’t bring. Maybe I should just buy a whole roadster since they are priced right in today’s market. 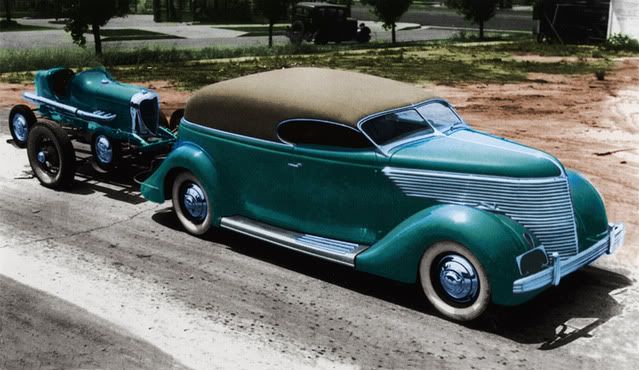 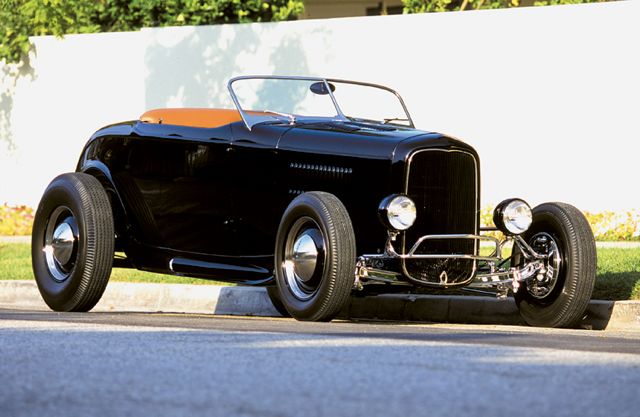 Doane Spencer built his own version with straighter posts and the look was very well received by early and late Hot Rodders. 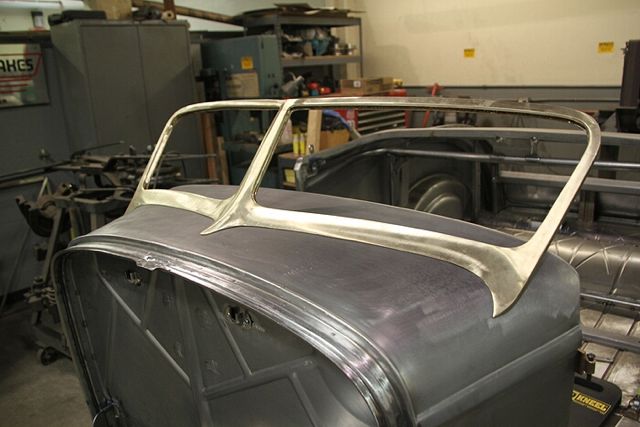 Roy’s team took the reveal out of the cowl and installed the Duvall windshield. The 34 has a notch in the ends for the reveal in the cowl so you don’t need to remove. 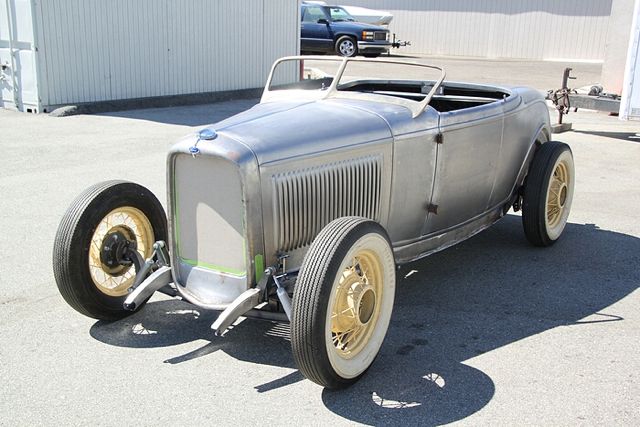 The finished look is distinguishable from the stock straight up windshield and post. 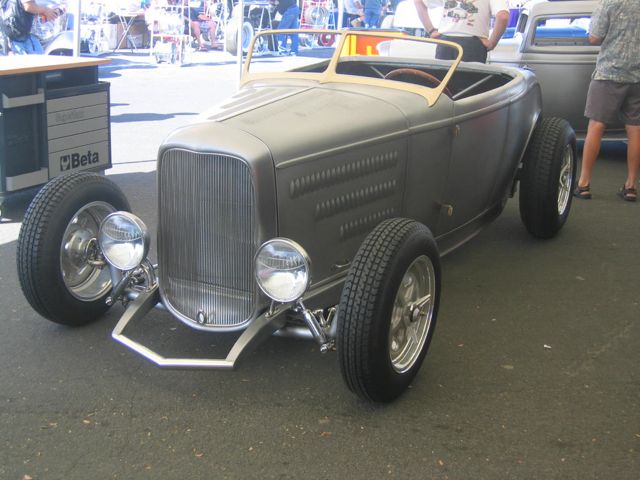 Chuck Jr. built his second roadster using a Duvall with some great attention to detail in fitting the screen to cowl. 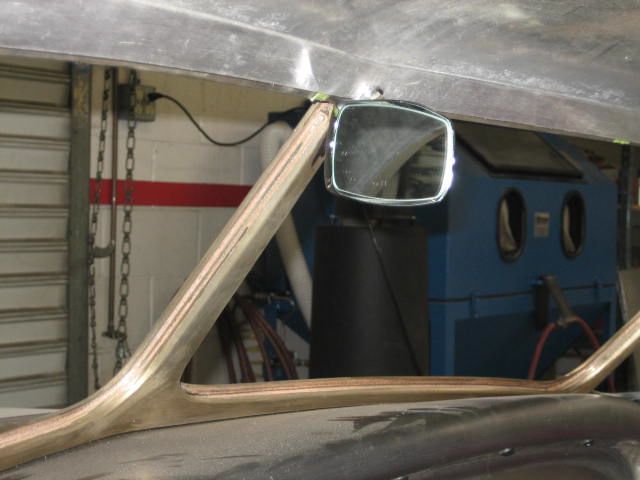 Here you can see the smooth cowl and the new aluminum top by Terry Hegman on Phil’s roadster. 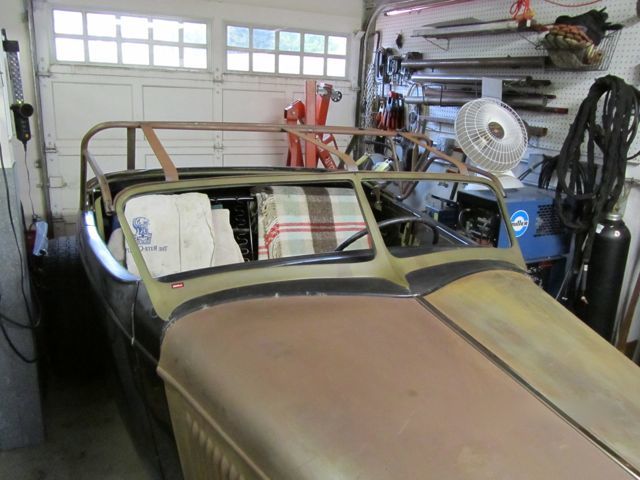 Wescott had installed mine when I purchased the body from them. This was the first 34 they did. I made the top our of 7/8″ tubing. 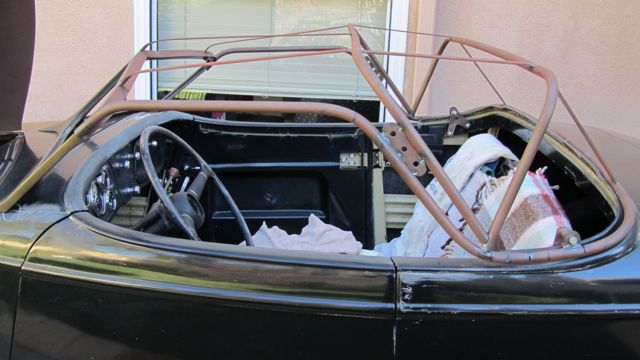 A side profile show the bows and slope to the rear. 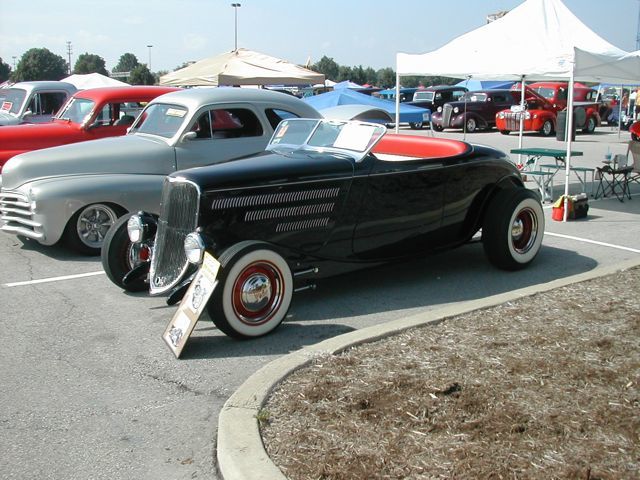 I saw this one in Louisville and like it so I asked Karl if they had any in stock which they did. I wish them had the bodies available today. 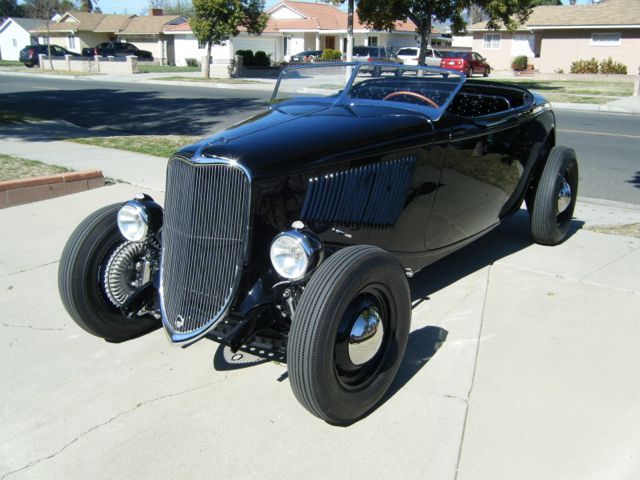 Terry made it look like this in a short period of time. The windshield made the roadster in my mind. 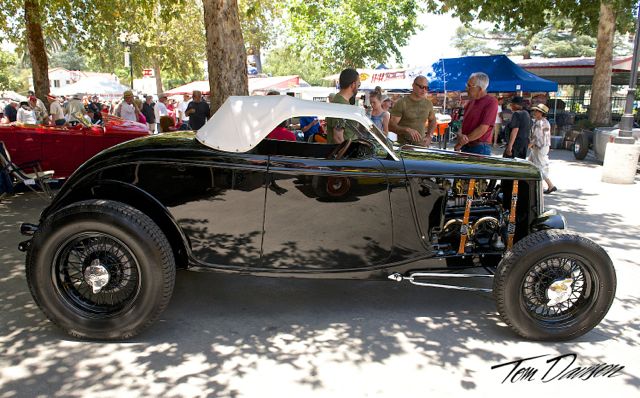 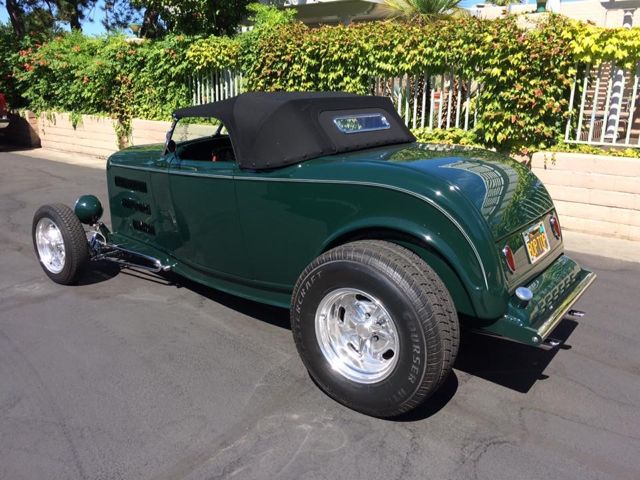 Sid has his old roadster back and you can see how nice the top looks with the Duvall. 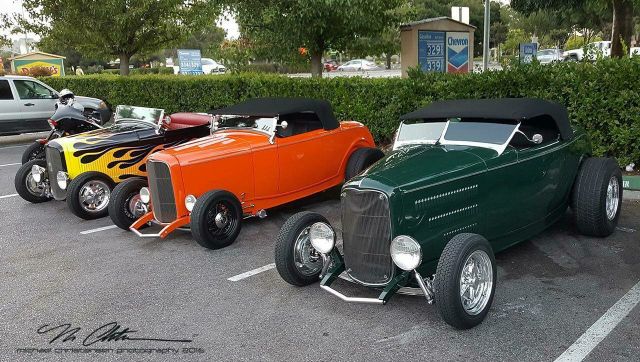 Sid has the signature mirrors on his Duvall equipped roadster. He can see with them. 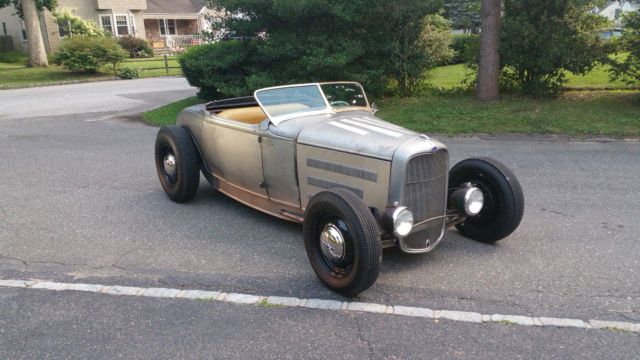 The model -A takes a different windshield but looks equally as good to me. 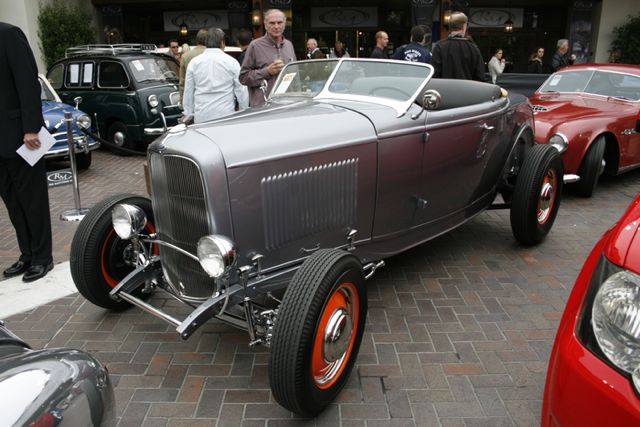 A modern day Deuce with the Duvall looks inviting for a ride to the drive-in. 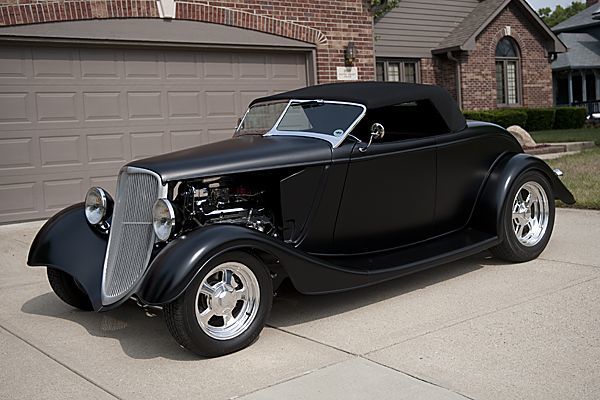 I like the full fendered version of the model 40 with the Duvall. 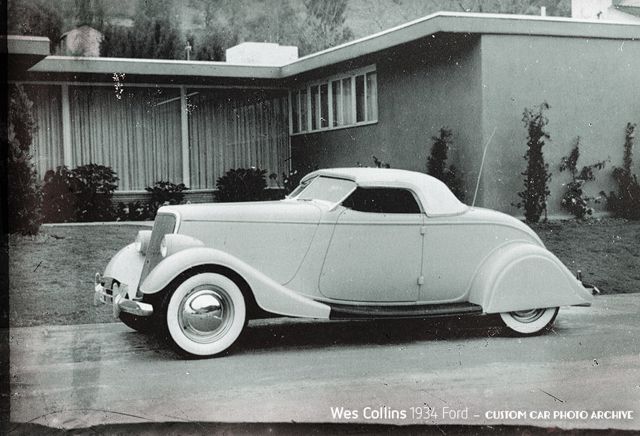 Here is an early custom with the Duvall which George preferred. 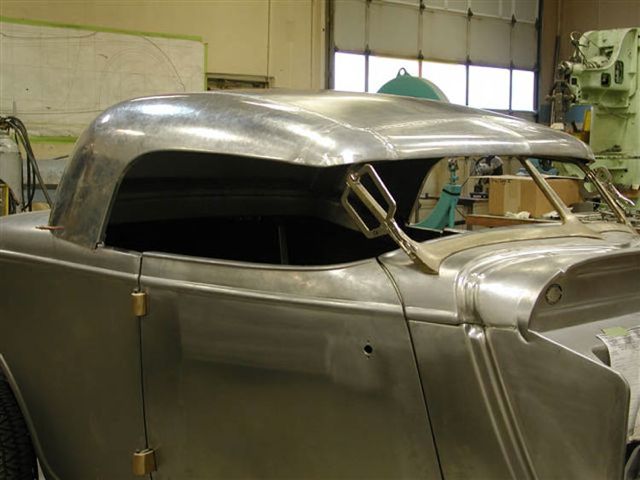 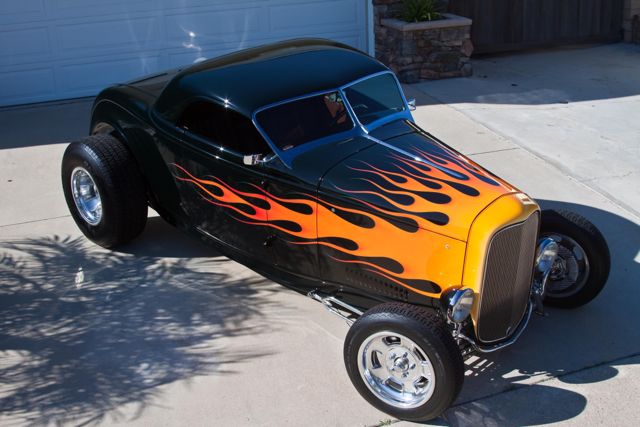 Phil has the metal top by Hegman and this view shows the smooth lines of the top against the windshield. 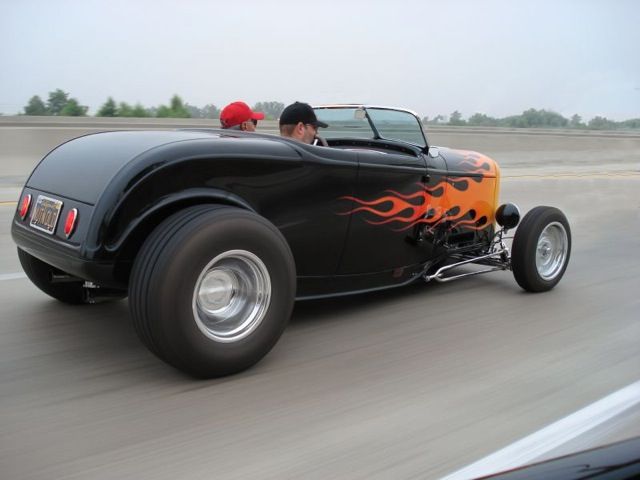 He does like to drive it without the top also. Not sure about the wind noise with the windshield but I think it would be less than the stock windshield. 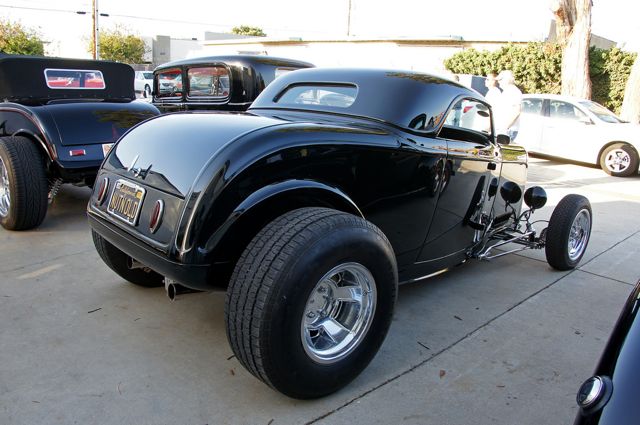 Terry got the shape perfect and the back window. While not inexpensive, the top is worth the money for the looks and protection. 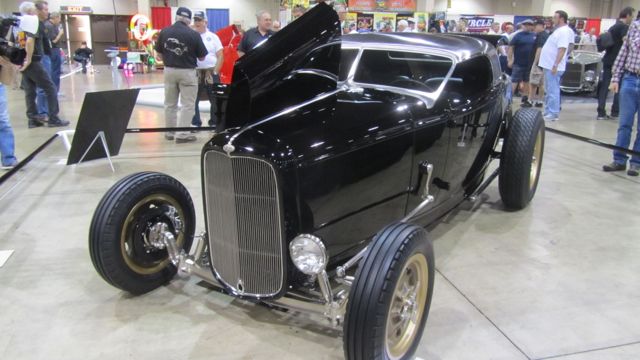 This one at the GNRS was very nicely done by Mike McKennet in OR. 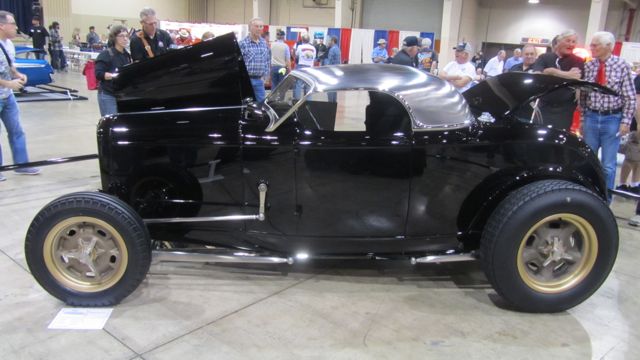 The shape is similar to Phil’s but done in stainless. 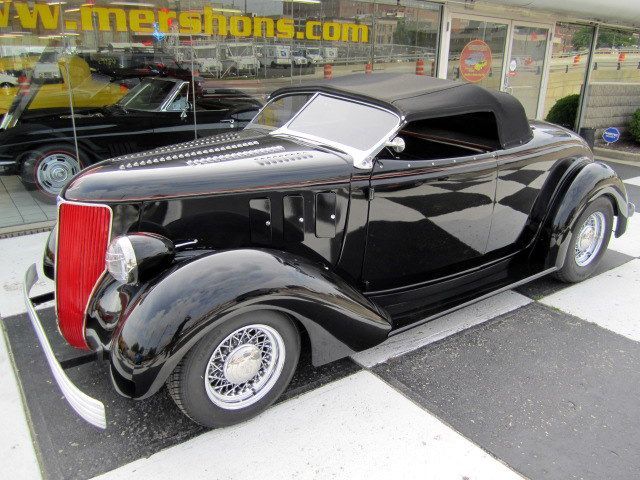 The 36 roadster also looks good with the Duvall windshield. 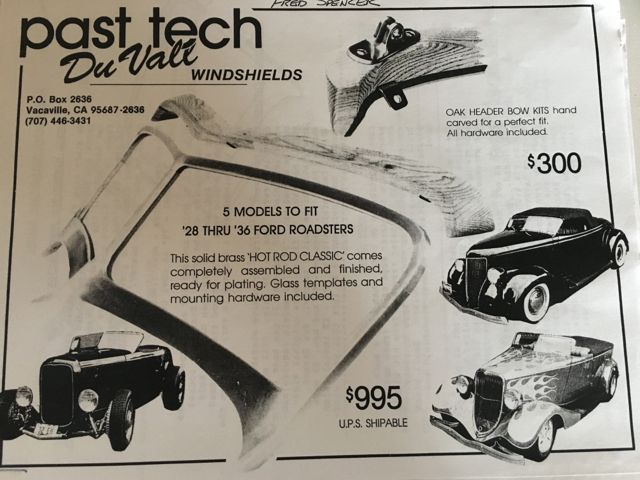 Fred Spencer started Past Tech and made a nice reproduction windshield with an oak header. He sold the company to many years ago. Not sure how Cam Grant got involved with Speedway. 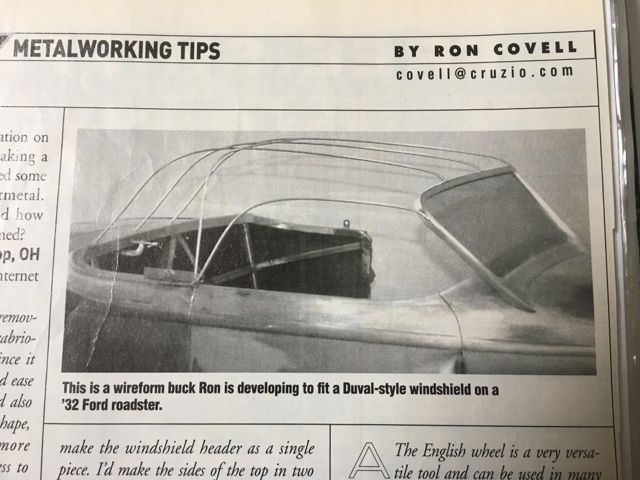 A wire form was used to shape the top on the Bob Morris roadster. I used this article to build mine for Lucy 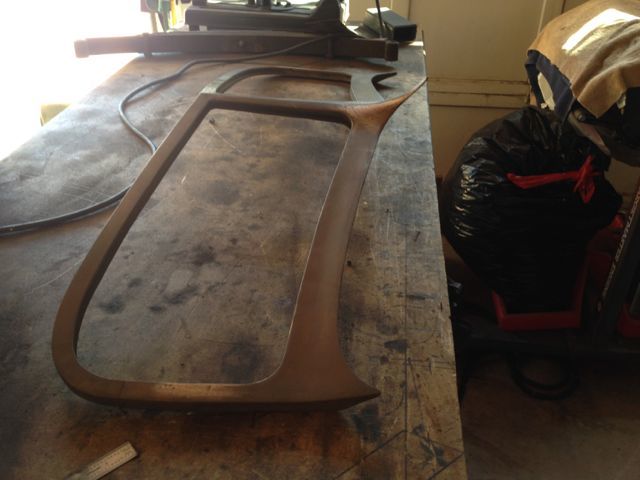 Excuse the dirty bench but this is my current Duvall for a Deuce. Donated by a good friend Bill.