This week I have been busy helping friends with their cars and doing a little work for Mr. Bill. The GNRS week required a lot of my time and I am glad to be back on schedule. My friend Bob had his car painted by the same man who painted Pepe so I went along with him and drove Pepe to show him the paint issue on the back door. He was very nice and explained that when the owner does’t want to spend the extra money to take the problems down to bare metal it will most always result in another paint issue within a few months. I have heard that many times before so I guess it must be true. He agreed to repair the door and a few more problems as soon as I can schedule an appointment. The paint on Bob’s sedan came out great and after 14 years of working on the car he finally has it painted. Sometimes other cars take priority and thus the long build time (Bob has a lot of cars). Bob-O installed power steering on his sedan and it works vey smoothly after a faulty pump was replaced. Rebuilt items are not my favorite. As for me, I have been working on a Deuce rear crossmember that my friend George gave me. I cleaned it and made some repairs today and now I will fit a 32 and 40 spring so I can decide which one to use. Mr. Bill doesn’t want to grind the spring, but I have done it many times without any problems. Remember, we are using early parts and no coil overs on his project. He is undecided about the center crossmember so that will have to wait for a decision. I am having fun helping out and giving lots of free advice which he ignores most of the time. I will have some photos added to projects over the weekend.

I will finish up the GNRS cars today by showing some closed cars I liked as well as some very interesting interiors in a couple of cars. Poteet had his new Kemp built Deuce Delivery on display and we really looked it over. I don’t think it tops his Fastlane built black beauty but it is really nice. Closed cars are way more popular at the GNRS and therefore require some attention by this old man.

Have a good weekend, pray for Denver and stay warm. 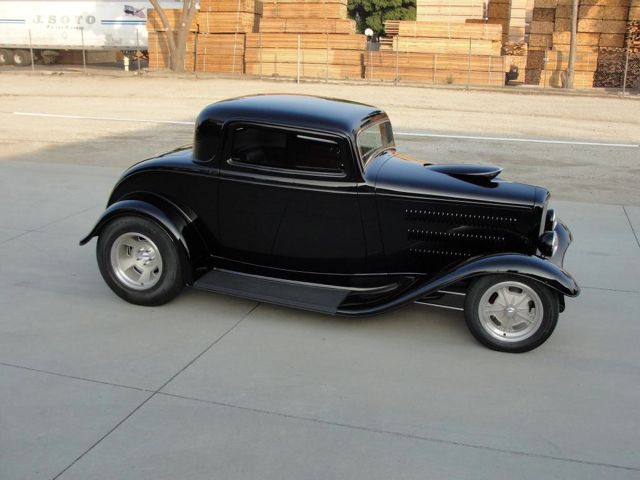 Gary had his car in the show but this is a much better photo his son sent me. The car is a real study in detail and perfection as performed by SO-CAL and Gary. 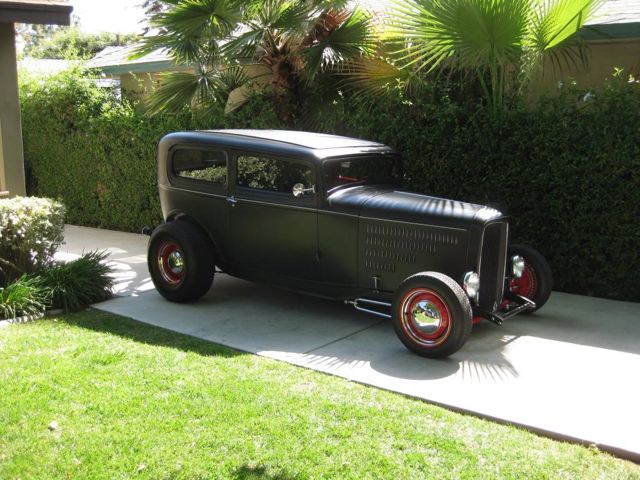 Gary’s son has a nice sedan that he rebuilt. This is the car as purchased prior to adding his touches. This should be in my driveway. 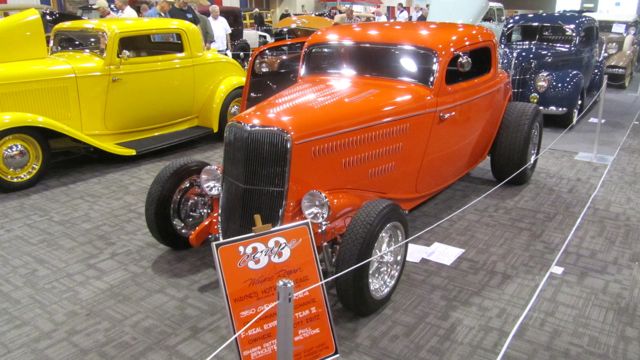 It was nice to see Wayne’s 33 finished and looking good on the showroom floor. The orange color really made this car a standout and well as the fit and finish. 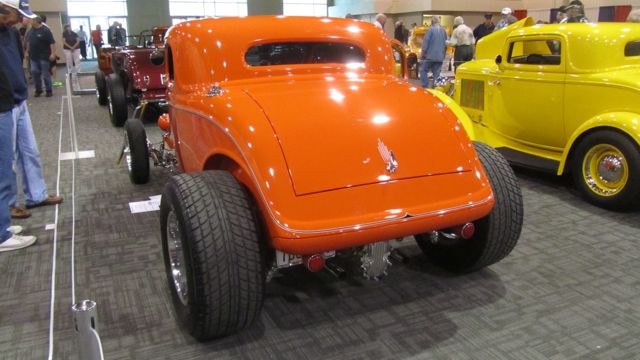 The rear view is looking good with the rolled pan and QC fully visible. 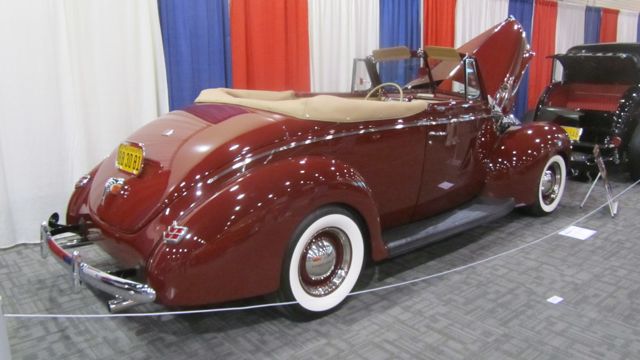 I have a weakness for the 40 convertible and this one was very nice and had all the amenities. 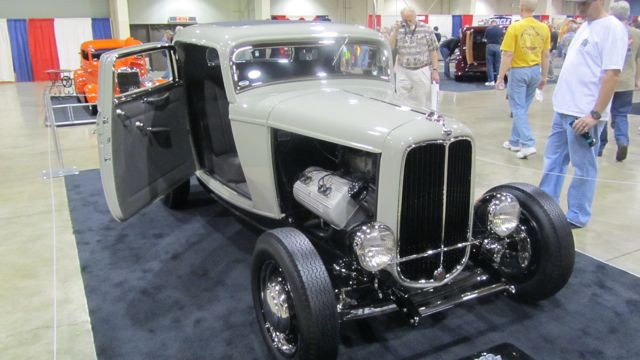 Scott’s 3 window had a lot of old parts which required some time to see how he and Roy put it all together. The color, interior, engine were all just a little different and blended well and stuck to the theme of an early high end Hot Rod. You need to see this car in person. 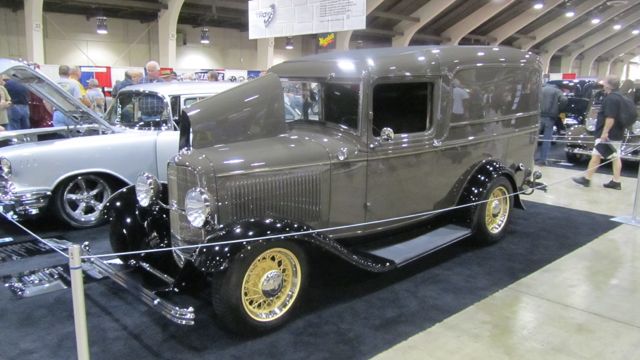 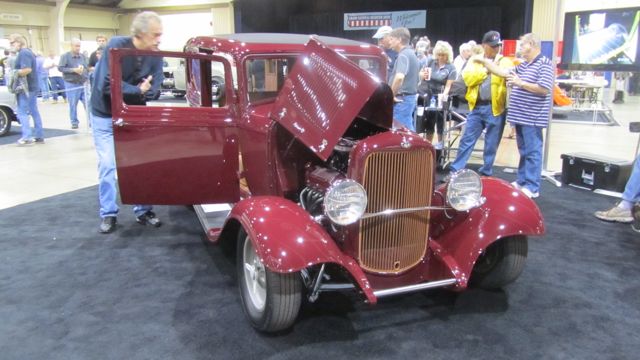 Kemps built George Poteet another Deuce delivery to go with his Fastlane black one. 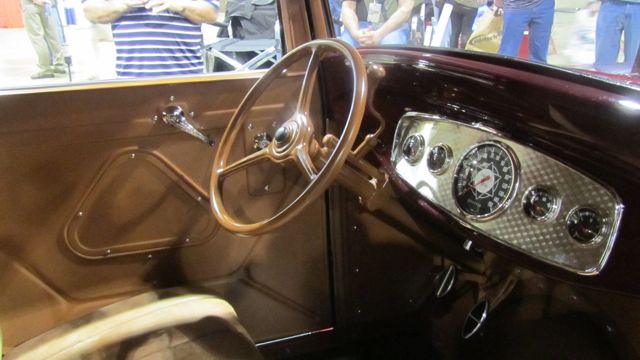 The interior panels were made of metal and sprayed with a textured paint. A commercial look was achieved. 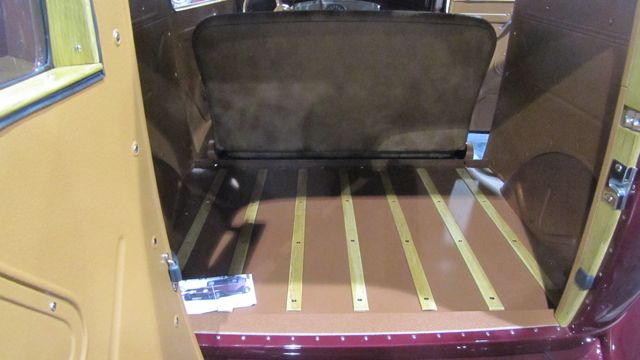 The cargo space is small but makes a great road car compared to a coupe or roadster. The color was the old Royal Maroon. 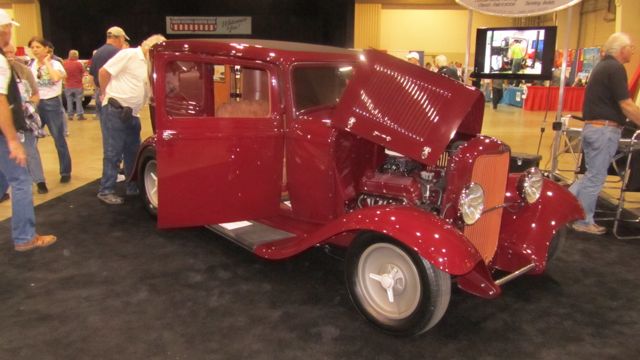 The car attracted a lot of attention and was in building 4 across from Brizio’s booth. 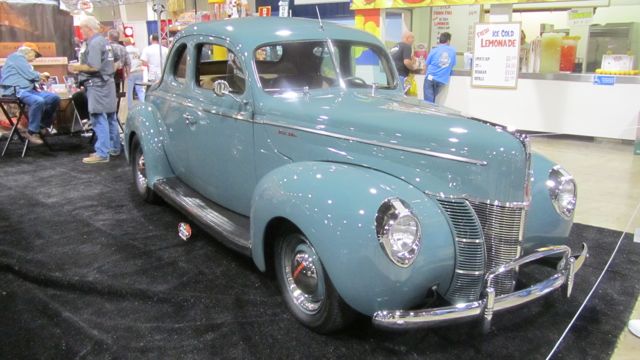 Yes, I did stop and admire this CMG coupe that Tim Bedford built a few years ago. It has all of his touches and still looks great. 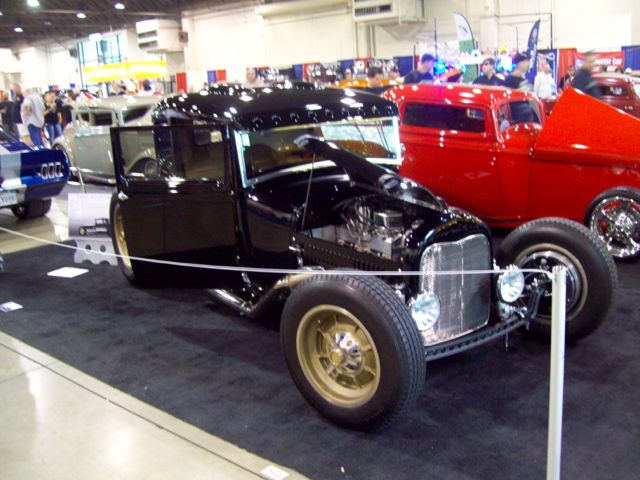 This little 29 had lots of very well executed engineering items incorporated in the build. 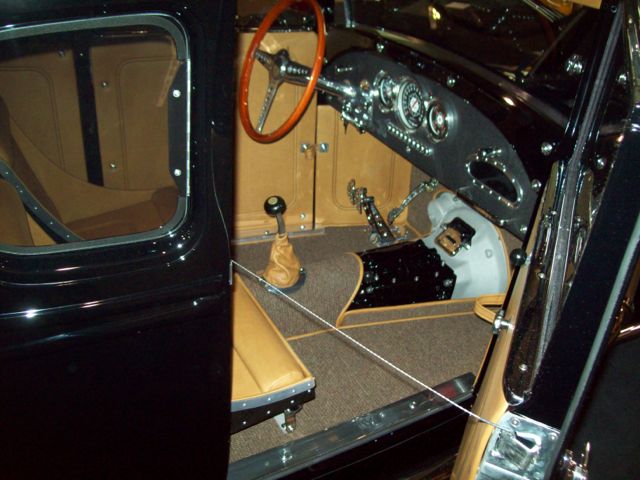 A lot of detail in the cockpit area of the coupe. 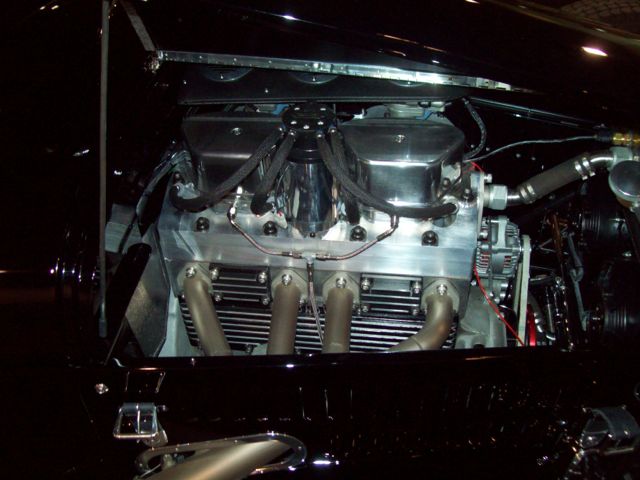 A banger occupied the engine bay and was fully detailed by the builder. I would have loved to hear the engine in this one. 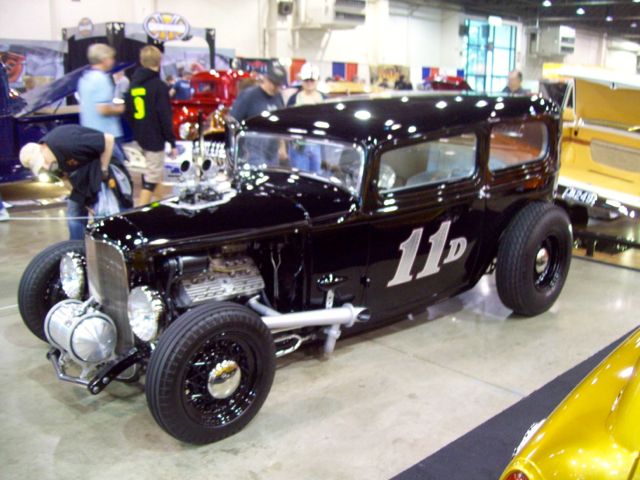 Not the best photo but the sedan was filled with one-off goodies. 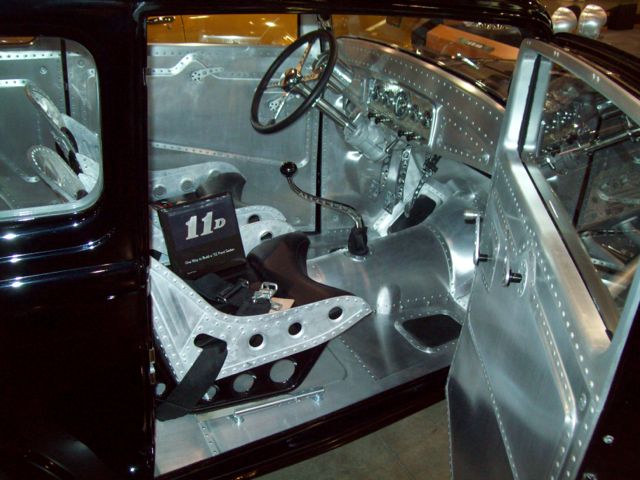 Rivets and aluminum filled the passenger compartment. Hours of fabrication were required to complete this interior.

Â End of the Day! 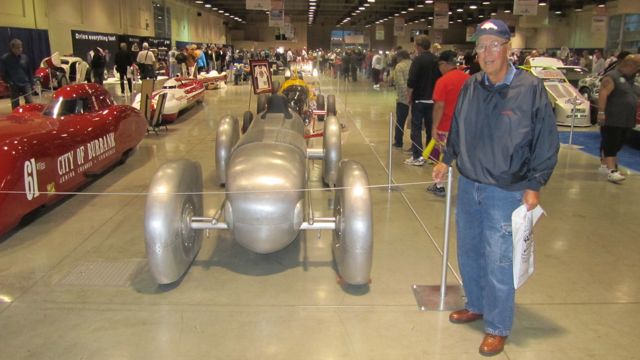 We spent too much time in the “Century of Speed” building and I grew weary but still got excited at looking at all of the wonderful Salt racers.