Today’s LA Times had an article about the Monterey Auctions this week and the prices some of the cars could bring. As always, the rare Vintage models with racing history or famous owner heritage command big dollars at this event for the rich and famous. Collectors and enthusiasts from all over the world are having the time of their life this week. The article predicted that a certain Ferrari GTO 250 (only 39 were produced) could bring as much as $70 million due to its rarity and history. I received a photo early this morning from Jim showing and old patina Deuce sedan parked on the street. If you walked a little further you could see a million or multi-million dollar exotic car parked on the street. Yes, old cars are still real popular with many people and they all flock to Monterey, Carmel and Pebble Beach for the grandaddy of them all. Holiday Inn Express rooms are sold out at $400 per night and if you have a big wallet you could have booked a room at the Lodge overlooking the 18th green for a mere $1200 a night. Yes, this event attracts the billionaires of the hobby as well as those who just appreciated automobiles of the past.

Tickets to the Pebble Beach Concours d’Elegance on Sunday, which is the culmination of the week, will set you back $275 just to view the cars and watch the well-heeled and smartly attired spectators view the cars. I used to go every year as Cadillac was a sponsor and I had to work the hospitality tent. (Tough duty!) Champagne, sumptuous hors d’ oeuvresÂ and white gloves are present everywhere on the beautiful grounds overlooking Monterey Bay. It truly is an experience you would soon not forget. A few years ago they decided to invite milestone hot rods to the show and that drove the prices right through the roof. Roy and Pete were among the privileged group to do the restorations and exhibit the cars. I attended the first incident and was truly amazed by the acceptance of the crowd. Bruce Meyer won with his Doane Spencer Deuce Â and drove the car through the winner’s circle. I felt proud to have witnessed the event. I am sure the internet will be full of the activities and I will be watching as the week unfolds.

For Woody lovers, we will be having a great time in our shorts and flip-flops eating Tacos,Rice and Beans on the campus in Santa Barbara. The attendance is normally under 100 woodies Â and the spacious grounds for ample parking and partying. Our group will start off with a gourmet breakfast at Denny’s and a scenic drive along the coast watching the early morning fog lift as the sparkling Pacific comes to life.

Living the Dream is not easy but I will manage to get by with a “little help from my friends.”

Have fun this weekend with whatever you do. 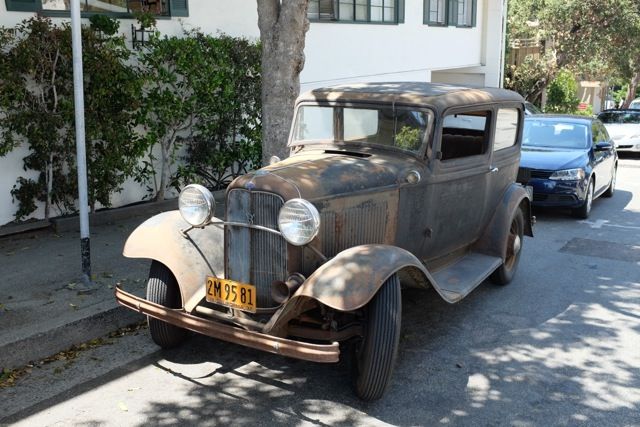 You can drive whatever you please to the event and this Deuce probably attracted a lot of attention by some spectators like me. 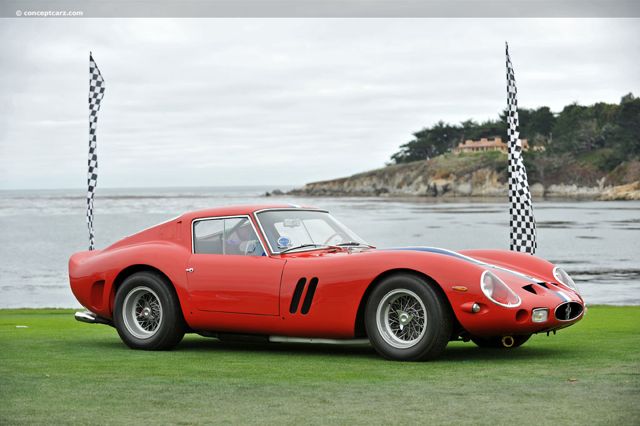 Here is the the most expensive car in the world – GTO 250 at Pebble Beach. I know it is out of place on Pewsplace but I need some different material to keep the fire burning. McMullen’s Deuce at $700K was pricey, but this one is out of this world. 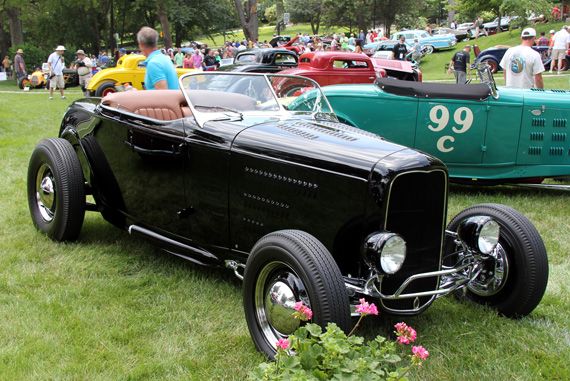 Bruce won at PB with the Doane Spencer car restored by SO-CAL Speed Shop in Ponoma. (Photo not at Pebble) 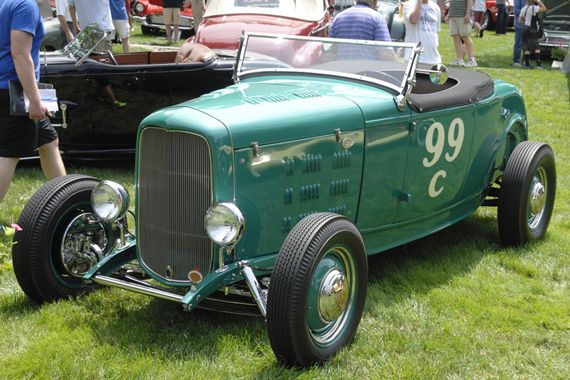 Ray Brown’s roadster came in second and is currently owned by the Petersen Museum. Kirk White owned the car when it won.Â These cars are priceless and belong in a museum in my opinion. (Photo not at Pebble) 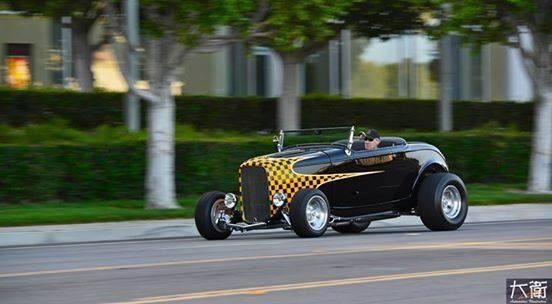 Bruce also owns the old Barry Lobeck roadster which he drives frequently on the streets of LA. 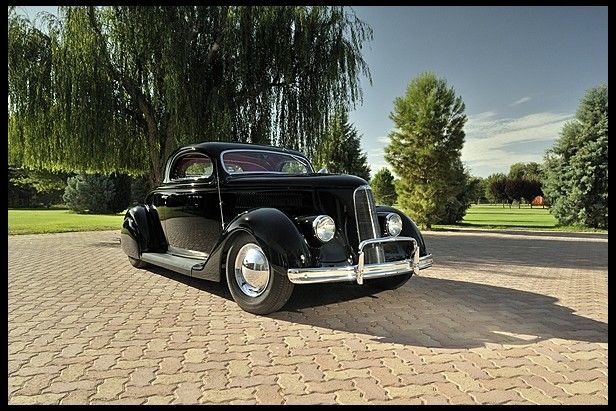 Roy restored the Jack Calori coupe and won the best in class at Pebble Beach for Jorge. 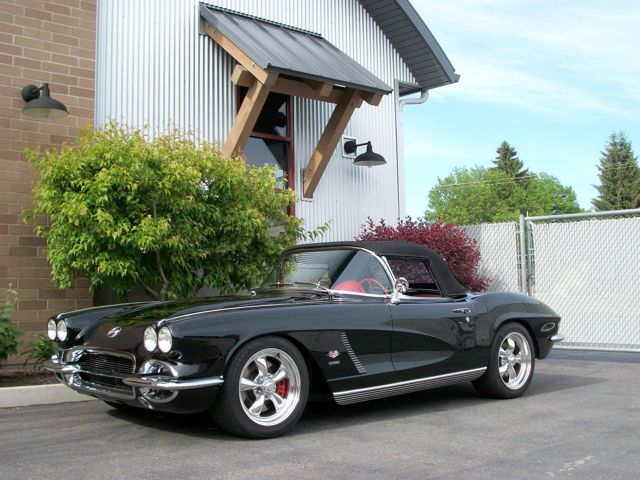 I owned an all black 62 my senior year in college and drove the wheels off it. I still feel this is my favorite year. These cars bring big bucks at the auctions in Monterey also. 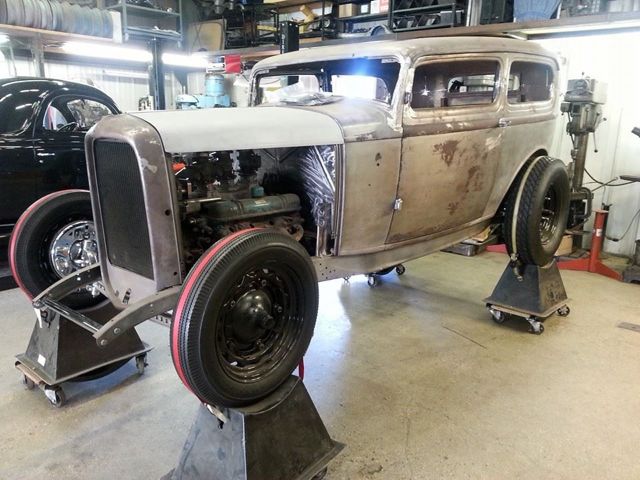 Back to normal, Dave stopped at Randy’s to see what projects he has in his well-equipped shop. I like this nailhead powered sedan with a hammered top, dirt trackers and drum brakes up front. 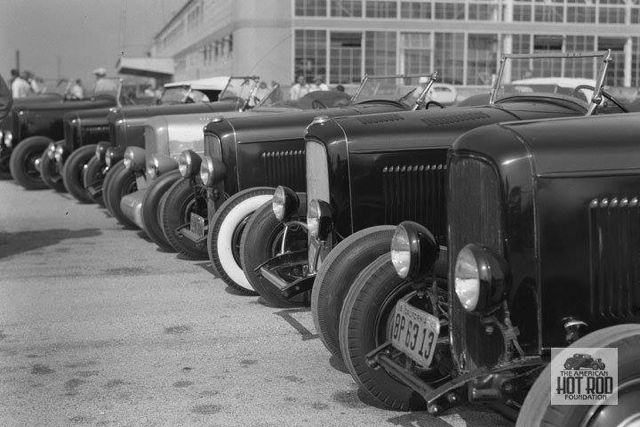 Dick said the current fad of having marker lights on top of your headlights was not the way it used to be as shown in this line up of early roadsters. He should know. Great photo from Dick Page.

When I think back to my youth, this classic 3 window is what started it all for me. Five windows were glorified Model – A’s. 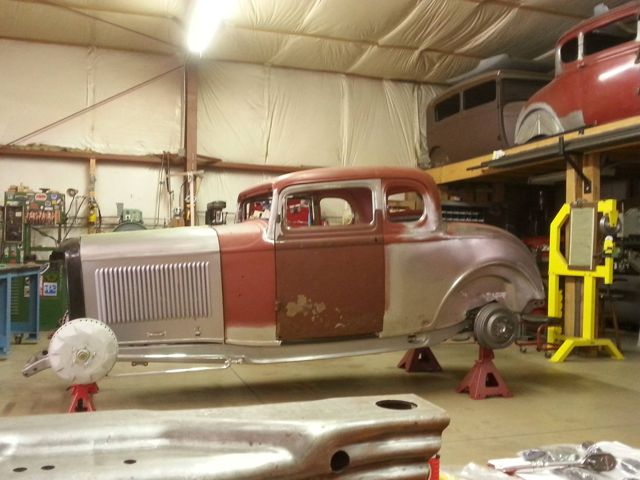 Henry, from Steadfast, has put one of his client’s coupe up for sale. This car will be another Riddler contender in my mind. He sure has the eye for design. 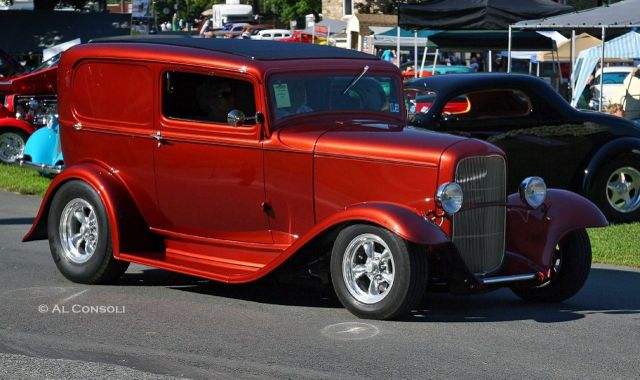 Here is a nice delivery with the smoothed out look of the 80’s. Rubber running boards, steelies and a louvered hood would bring it right back to today’s traditional look. I like it as it sits.

One of the Best Old Roadsters! 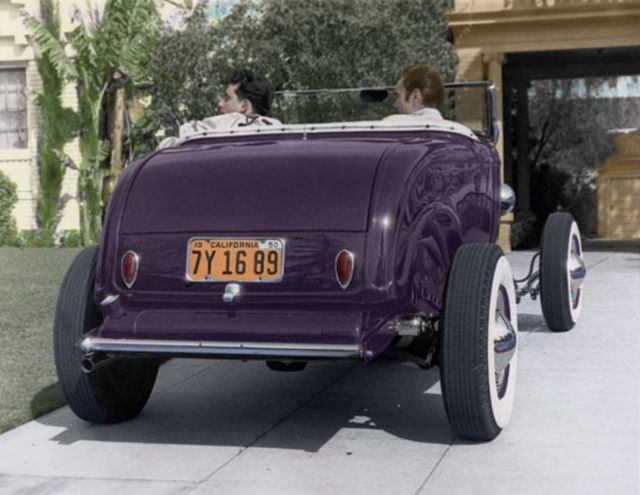 I have seen the restored version but the color doesn’t match this photo. Bob-O knew Joe and said the color was on an oil can in his day. The boys are backing out to go look for some action on the LA streets. Bob-O said the car was very fast.