It has been very hot this week, so Bob-O and I decided to head out to Pasadena, in his air conditioned Prius, to see Bob’s new (old) 3-window he just purchased. Surprisingly, the weather and traffic were both cooperative and we arrived in a short time. Bob and Sandy were waiting for us and were delighted with having their old car back in the garage. The car looks almost as fresh as it did when Bob finished it 26 years ago. He was working on replacing the heads as they had some valve problems which was solved by installing some brand new Edelbrock aluminum heads which are not much more than having old heads rebuilt. The car was featured in Rod Action when first finished and turned lots of heads around the LA area. Bob has a fleet of cars in his possession as well as a large collection of signs, license plates and Deuce grille shells. He has added some new ones so we took the tour to see the new installations. His collection is always in pristine condition and he does it all himself with the help of his wife Sandy. I always hate to come home and look at my mess. The temperature was climbing over 100 and it was time to head back to the Valley. Sometimes visiting old friends who cannot travel to see you is a good way to keep the relationship alive. Thanks Bob and Sandy for a great morning and I hope you enjoy your new/old car real soon.

The weekend brings the Outrider’s Picnic at Irvine Lake and it promises to be real hot as it was last year, but hopefully with no fires near by. This premier event is well attended and is in its 83rd year. Great cars, good food, live music and libations make it an event to attend â€” if you have a ticket. It is not open to the public. You see cars here you don’t see very often at events as well as a few non-CA ones. We also have the Harbor run going on at the same time as the summers comes to a close. We are praying for a relief in the weather but regardless â€” the die hards will make the effort to attend these two events.

Enjoy the weekend and I will see you on Monday. 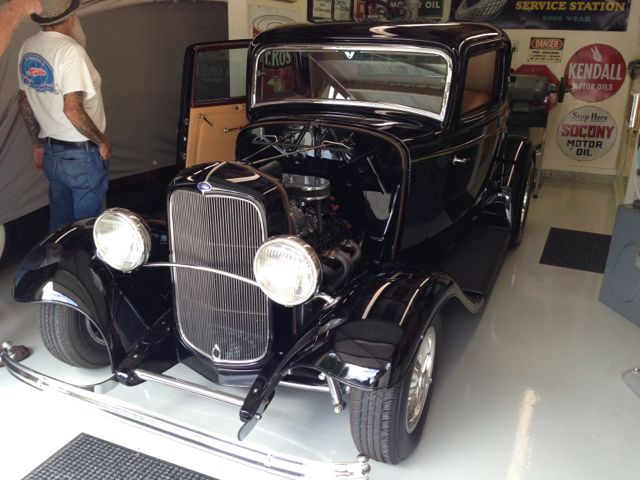 Bob has the car apart to work on the engine but you can see how nice the paint and sheet metal look after all these years. 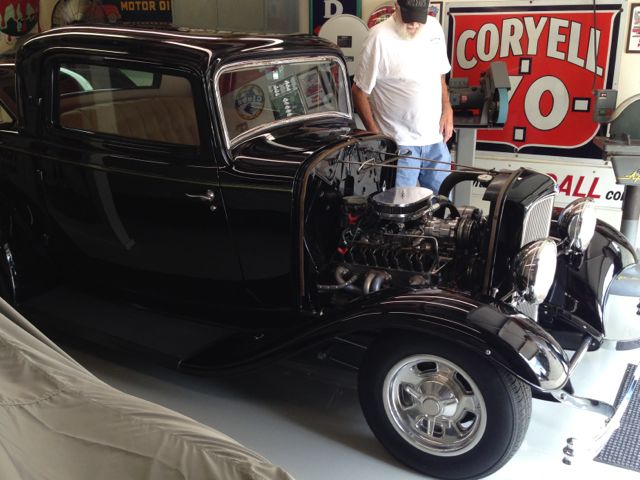 The car first had Apple Green wheels but now has Eric’s wheels. 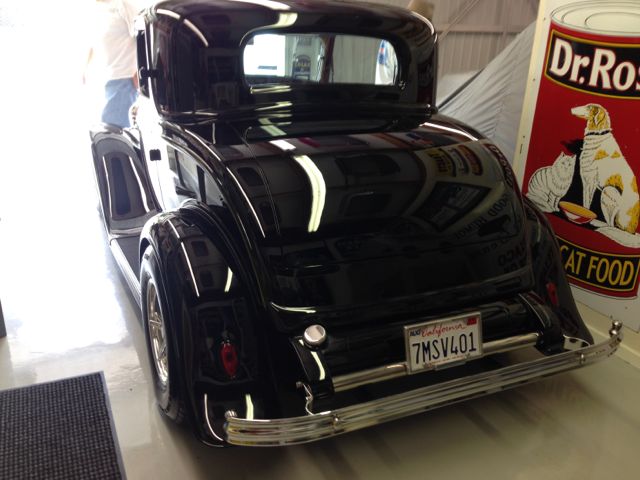 The rear has some special die stamped fenders for 39 tail lights and of course, Bob’s shortened bumper irons. 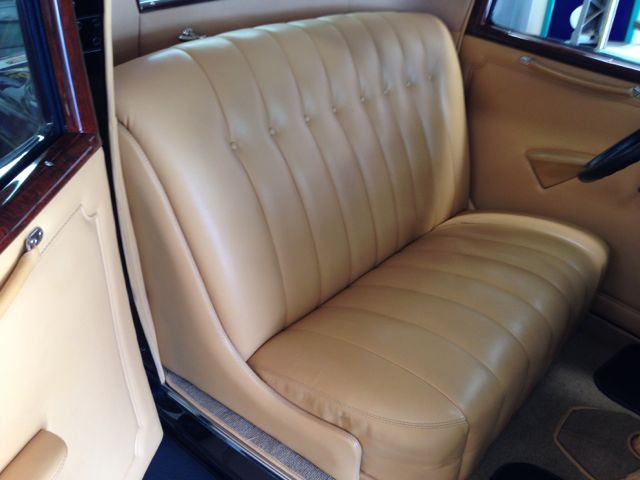 The interior shows little wear and was done by Sorenson’s in Pasadena in a stock pattern. 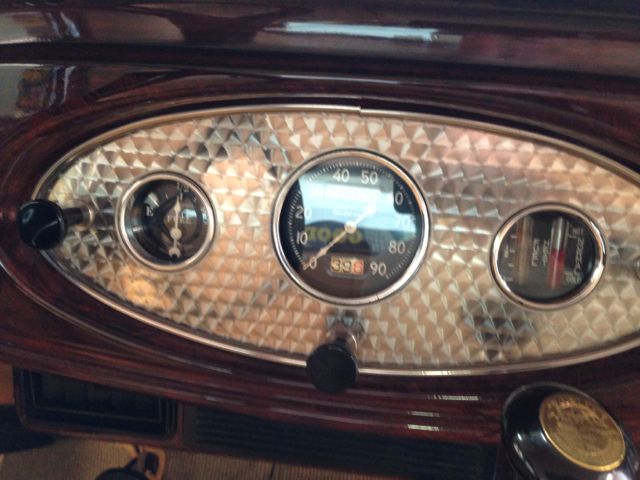 Bob loves the stock gauges including a dual gage that works. 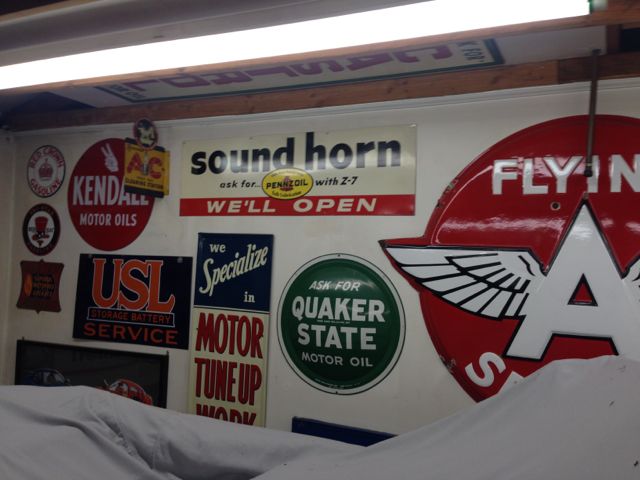 Bob and Sandy’s sign collection has taken them 30 years to assemble but they have quite a collection. 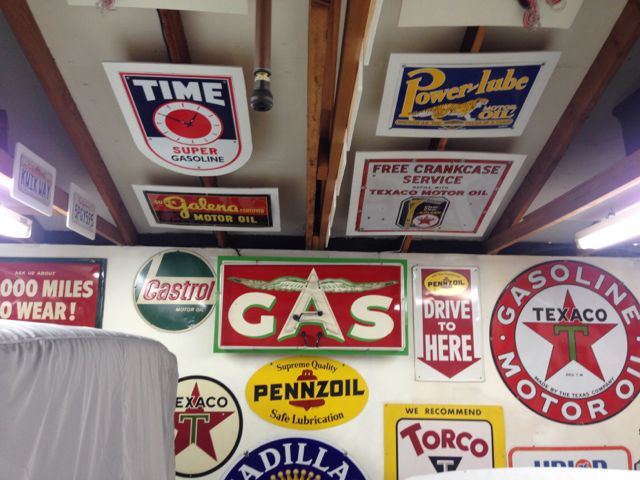 Signs are everywhere in this immaculate garage. The ceiling on this side of the multi-car garage is filled with more signs. 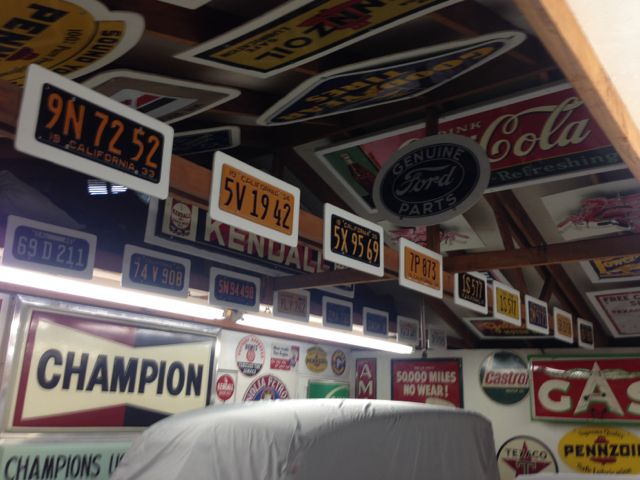 He has also started a license plate collection as shown in this photo. 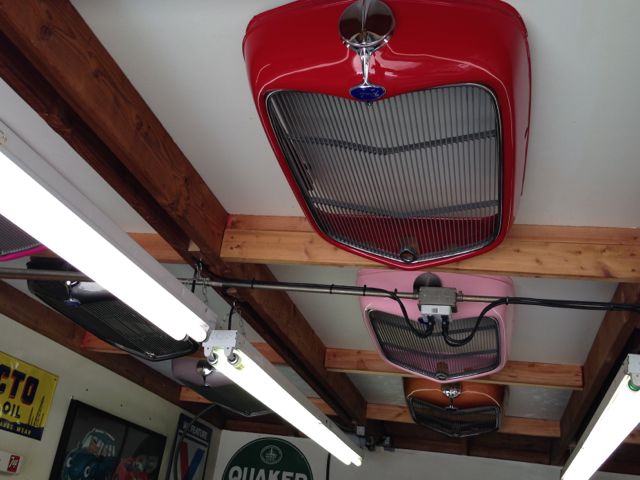 Bob also has one of the largest collection of Deuce grille shells (40) suspended from the ceiling in a couple of his garages. 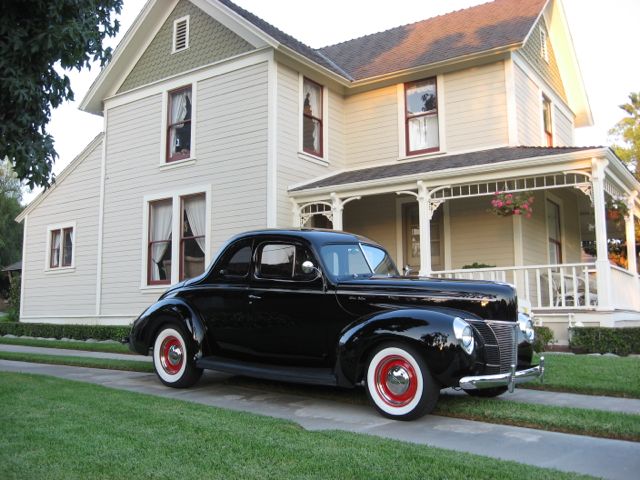 You have seen this driveway and Victoria style house in many photos over the years. The house is registered in the preserved homes of American and is maintained to perfection by Bob and Sandy. 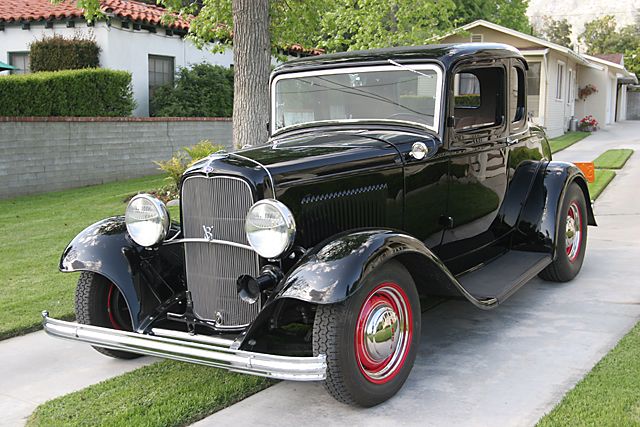 Several years ago Bob and Bill had this Deuce 5 – window which was about a perfect as you could expect. He prefers the resto-rod look in his collection. No chopped tops in recent years, but when I first met him he was driving a primered chopped 34 coupe that fell in love with. 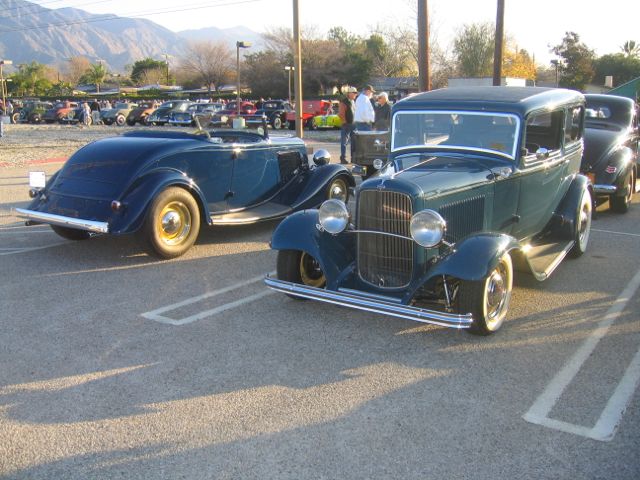 Bob drives his cars as shown here at the PRC a few years ago. He still has the sedan but the roadster was sold.

Sandy has a passion for Woody’s and here are two of her favorites. The 48 is a reacher and the 39 is a primo stocker with a dropped axle and Columbia. 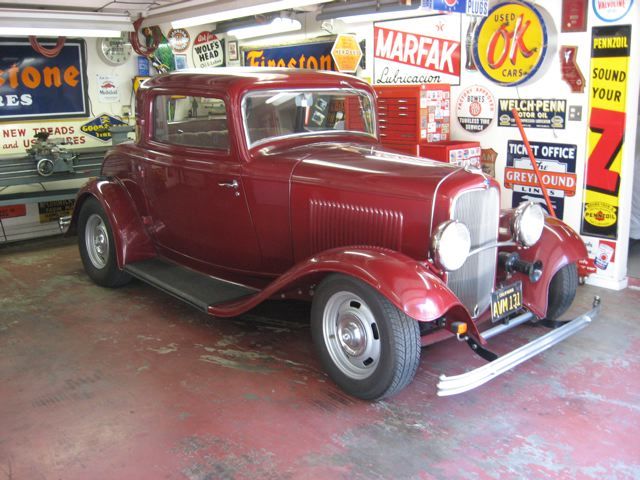 Bob purchased this 3 window with a chassis by Pete Eastwood and sold it to my friend Frank in NM. 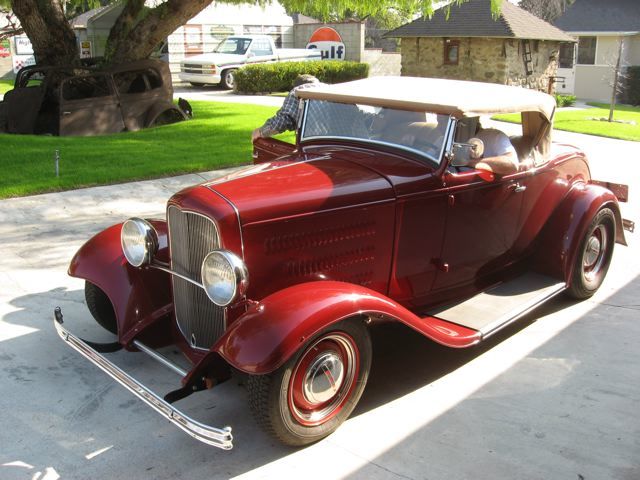 The roadster came in the package and stayed in the LA area with a friend of Frank’s. This car also had an Eastwood chassis and primo sheet metal. 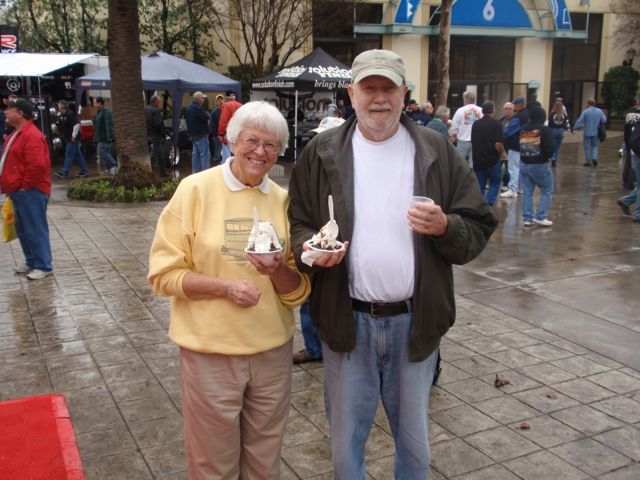 Sandy and Bob at the LARS enjoying the diet ice cream special.