The year was 1965 and I had just completed my college education, married my college sweetheart and moved to Detroit to work for General Motors. Â I had fulfilled one of my lifetime dreams. Â Being from a small town in southern Illinois, Detroit was a huge change for me. Â We didn’t have any friends in Detroit and lived close to the plant in Pontiac. Â I soon learned that the city was full of hot rodders both on the line and in management. Â I knew I had chosen the right path for my career in the automotive field. Â My career was short as I was drafted in the Vietnam war soon after I started working, but when I returned I meet a school teacher named Larry who owned a super nice Deuce three window coupe. Â I had a 5 window at the time so we got along very well. Â He did all of his own work and helped me improve my painting skills. Â We kept in touch for all these years and he is coming to the LARS this year.

Larry has a son a little older than mine who is a car enthusiast also. Â He sent along some photos of he and his fathers Deuce sedan that they just completed. Â David will keep the flame going in Detroit for years to come. Â The car belonged to his father, Larry, who has been working on the car as a long term project and as with most of us, became burned out and David took over. Â Larry and David finished the car and can now enjoy the comforts of a nice sedan. Â Thanks for the photos.

The weekend brings lots of car activities in the southland. Â The Road Kings annual car show is Sunday at JCP in Burbank which is where I am going. Â Another long time event, is the Early Times picnic at the Compton Rod and Gun club. Â When I lived in Laguna my son and I would go to this one every year and even won ladies choice with Rich’s Deuce hiboy roadster. Â These shows kind of warms you up for the big LARS next weekend. Â I hope all of you have some car activities planned for the weekend because it is the season to have some fun in your car. 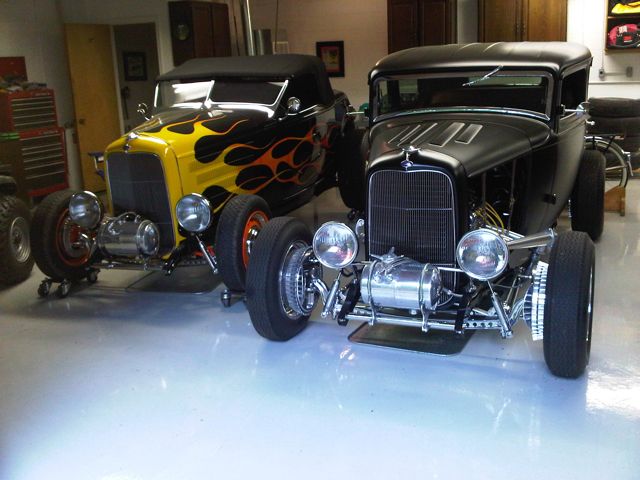 Here are a couple of David and Larry’s hot rods. Â Larry builds them in his garage and only sends out for the upholstery work. Â David has a very nice 8 car garage for his toys. He also owns a 46 convertible which he purchased from Lobeck and a 34 truck. Â The flame is really going in Troy. 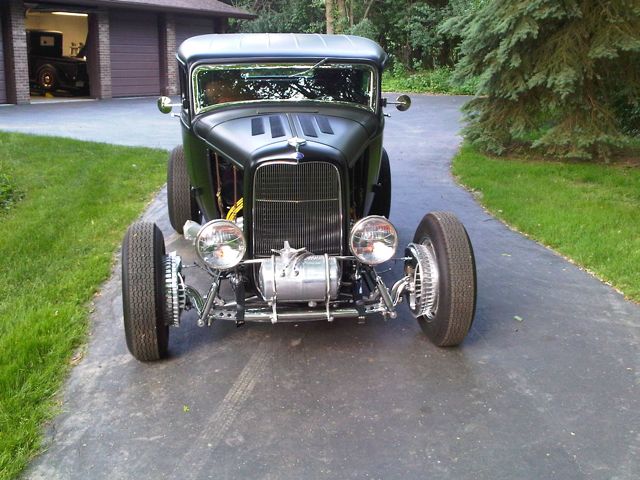 You can guess why I like this one. Â The Deuce sedan hiboy really has all the correct stuff that he likes and with the Lobeck chassis it rides like a dream. 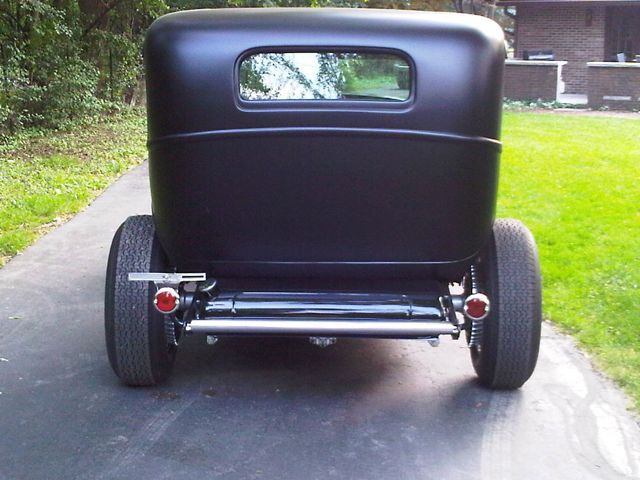 You can see the Winters QC sticking out from under the gas tank as well as the Functional Fake Buick Drum covers. 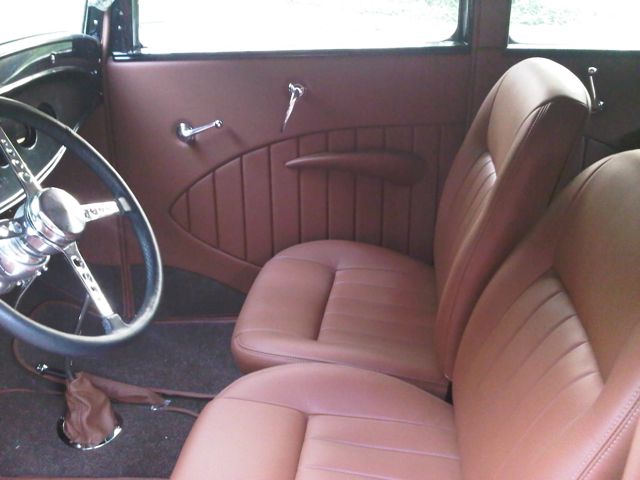 A new leather interior has been installed for the planned longer trips this year. Â The steering column is a Tri-C tilt model. 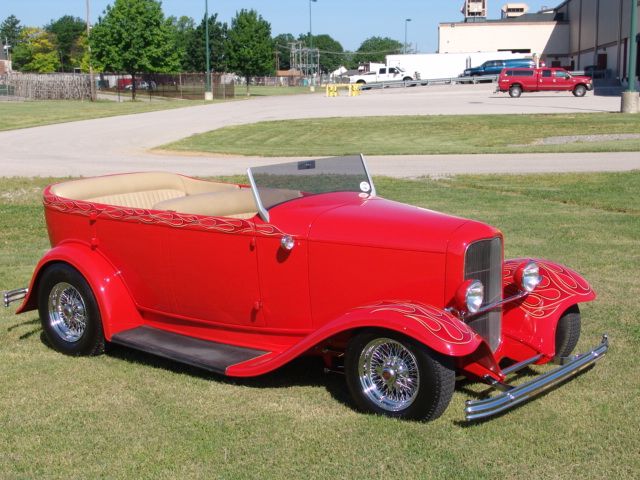 While looking at ebay last nigh I discover this phaeton. Â I lived in Minneapolis when Jim was building this car for a customer in TX. Â I liked it so much that I had him build me a chassis and do some of the initial work on the body. Â I was into the smooth look and the billet posts in those days. Â I got transferred to LA and never finished the car. Jim was a young man with some amazing talent in those days. 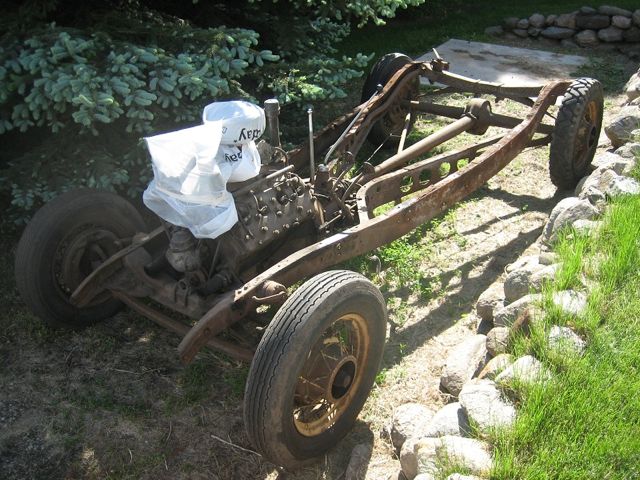 You see these types of chassis for sale at the LARS swap meet. Â A good frame with good numbers will be worth whatever you have to pay for it. Â I started Lucy with a chassis like this one. Â I guess it is O.K. to add a repo body to one of these chassis. 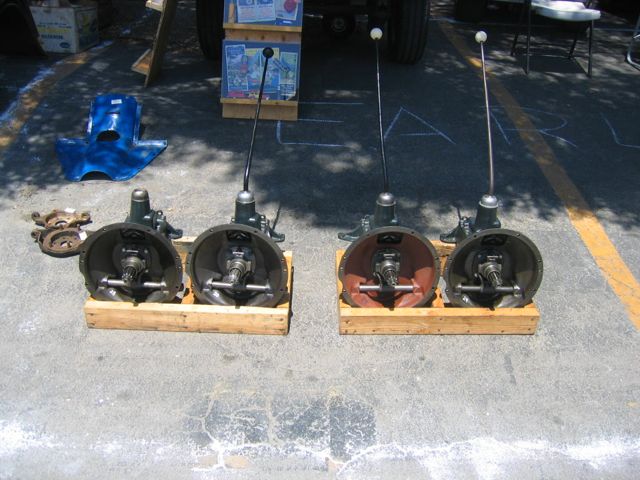 Max will be there with his rebuilt 39 transmissions. Â He can make them work like new. 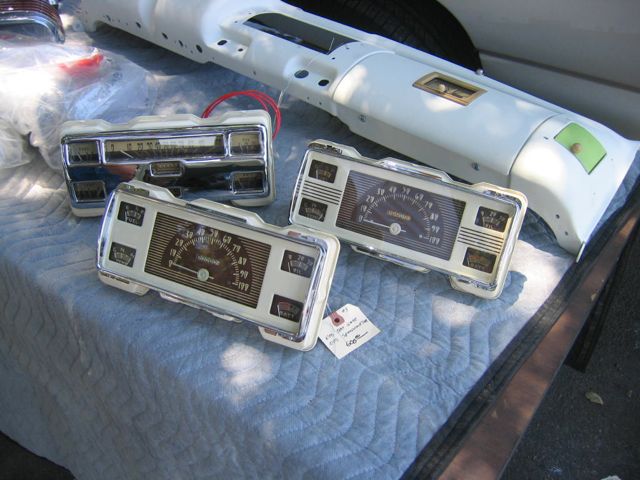 Forty Ford gauge panels and dashes bring big bucks at the LARS swap. Â I wonder if Drake is going to be making new gauge panels for his 40 coupes? 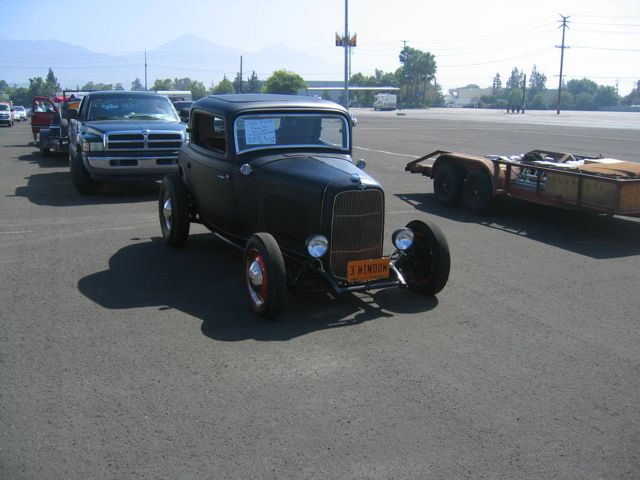 If you want a Deuce 3 window there will be several for sale. Â You need a big wallet for one like this. 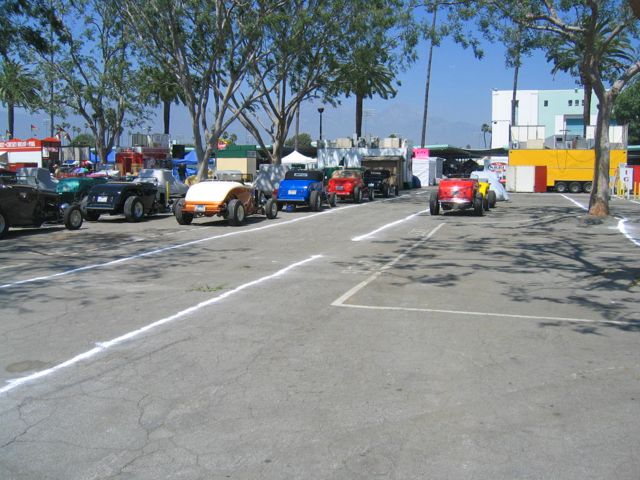 Early Friday morning and the cars are being staged for the show. Â I am guessing this is where the swap meet will be this year. 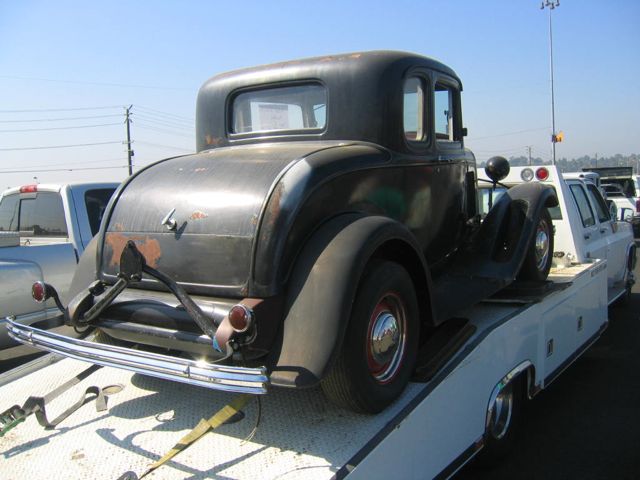 If you prefer 5 windows there were several for sale. Â I wonder if the new reproduction 5 window will be on sale? 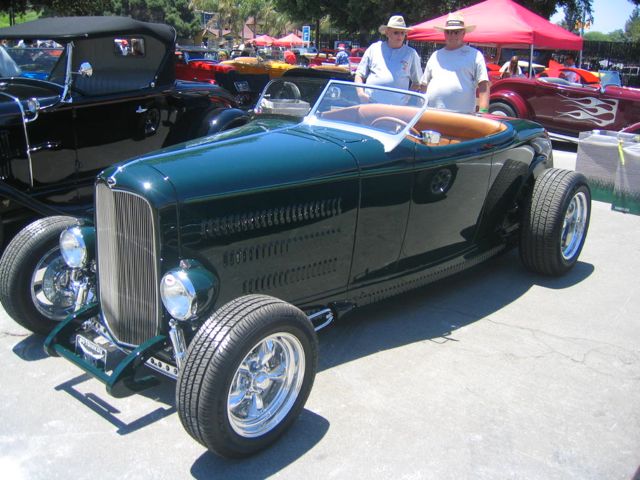 I know some of you like the later high end builds so here is a Moal built roadster that rides on a torsion bar suspension. Â Denny drives this one all over the country.