I haven’t been working on anything this past week so I have to rely on input from my readers. Temperatures in the 90+ range makes working in the garage prohibitive and besides I am at a standstill on some of my projects. Sometimes I feel like I spend too much time dreaming about what to do and not enough time actually doingÂ something. For example, I started working on repairing a Deuce front crossmember a few weeks ago and went gung-ho for a few days then switched to another project the wife had in mind. Distractions, lack of focus and maybe a little laziness can set you back on your goals for the week. Indecisiveness can also play into the scenario. Gathering parts for a future project has always been one of my personal traits. I can’t pass up a good part thinking that someday I may need it for one of my projects. During a recent trip to the Long Beach Swap Meet, I purchased another 57 Ford SW rear axle and I already have two in inventory. Priced at $100 makes them attractive to this old hoarder. I also used to buy all the QC cases I could find thinking you can always use a spare. You get the picture. I doubt that I will ever build another car myself but still have the drive to locate some parts just in case I should find my dream project.

The biggest event of the year for locating parts is coming up in June. The LARS always has many items that I must have multiples of in inventory. I often buy a part without realizing I already have two in stock. The rational to the wife is; “I can always sell them and make a profit”. She just nods her head and smiles. I forecast that this year’s swap meet will be one of the largest ever as the 50 Year Anniversary event will attract buyers and sellers from all over the world. In fact, if you have some garage items that have been taking up space this would be a good time to purchase a swap space on Friday and pick up some beer money for the weekend. Don’t be like me and use the money to purchase some more items for another project. The cycle continues for those of us who are always thinking about a new project. ( I hope Bob doesn’t read this blog.)

California Car Culture lists lots of activities for May so grab the wife, girlfriend or buddy and head out for a good time driving your hot rod. 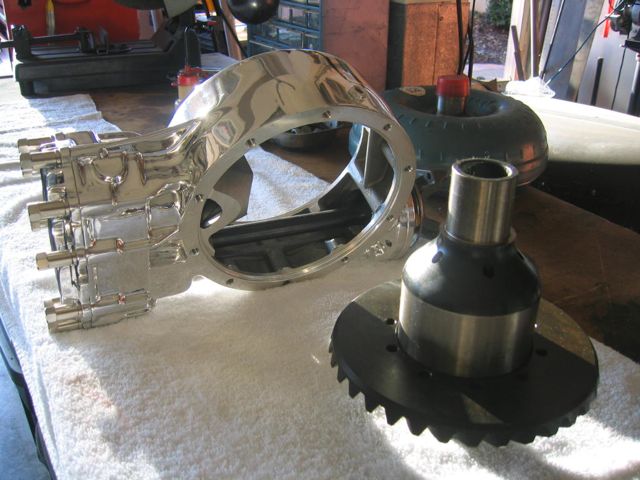 I have switched my loyalty to Winters and I would recommend them to anyone who wants a great product with superior service backup. These units are as cheap as a new Currie 9 inch. 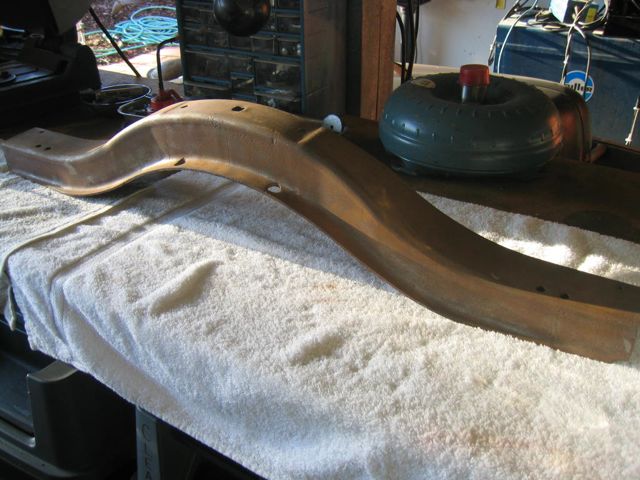 Locating a cherry model-A rear crossmember is also difficult today. I need at least 3 of these in inventory at all times. Why? 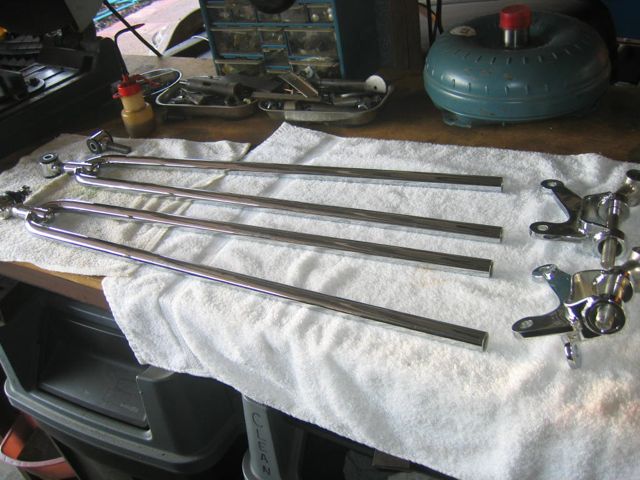 eBay has been good to me but how many sets of hairpins do you need? I also prefer bones today with lots of holes. HAMB influence I suppose. 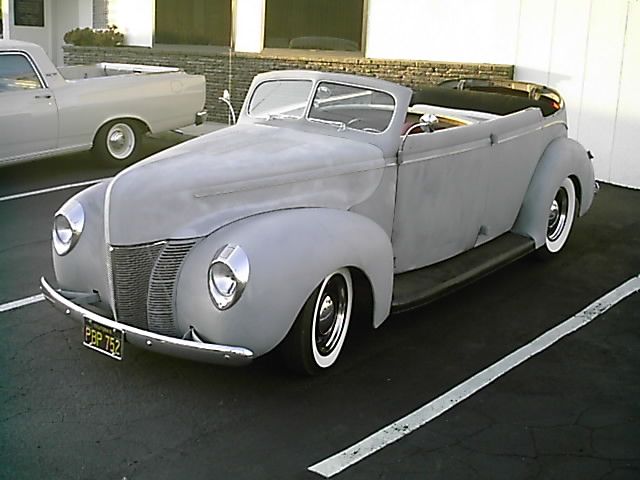 Bruce couldn’t pass up this tub a few years ago but I did. Now our crew looks for them at ever event. John built his own. Some current photos John! 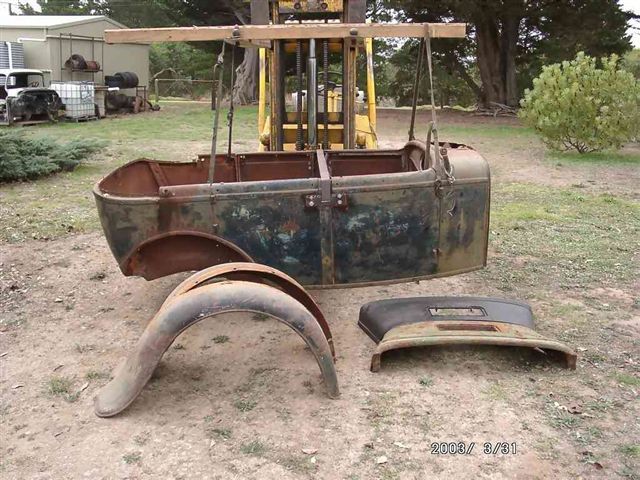 I now a true Deuce lover couldn’t pass up this project. I am not sure where this one went but I know it sold back in 2003. Any progress reports? JR now has one in his stable. 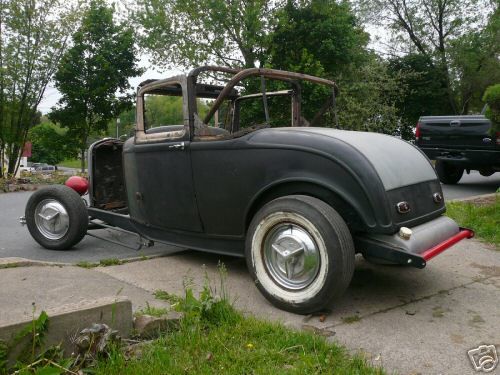 Not often seen is the Sport Coupe. I have seen some great ones over the years including the Jackman brothers from San Diego. 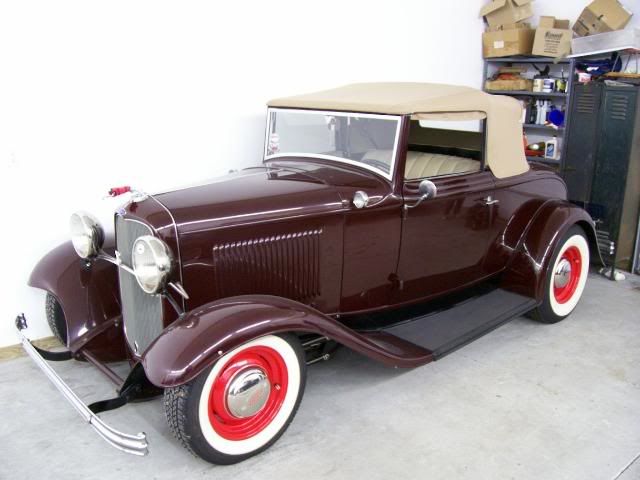 The Deuce Cabriolet also is a rare model when talking hot rods. My long time friend, Ray in Atlanta, has had one for over 40 years. Murray bodies make them very desirable for collectors. 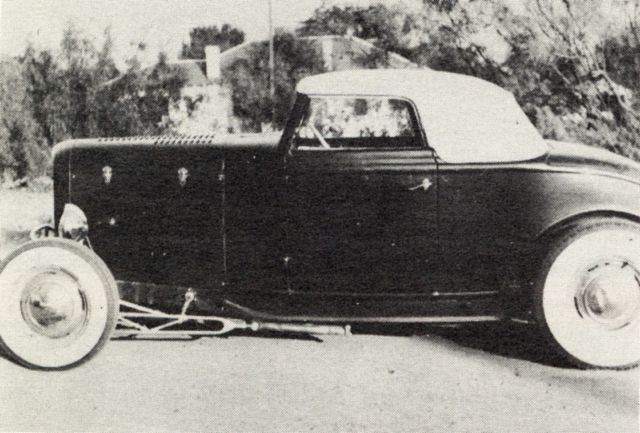 As a young Hot Rodder from the Midwest, this would have been my style in the 60’s. 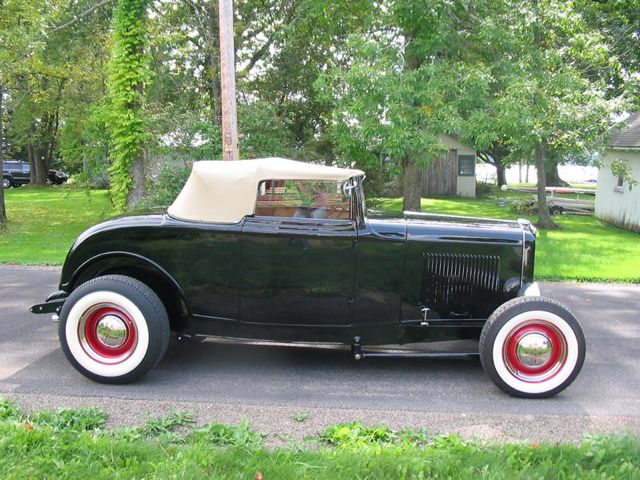 I could probably be satisfied with this look in today’s world. I think the cabriolet makes a real cozy ride. Lobeck thought so too, and built some real winners over the years. 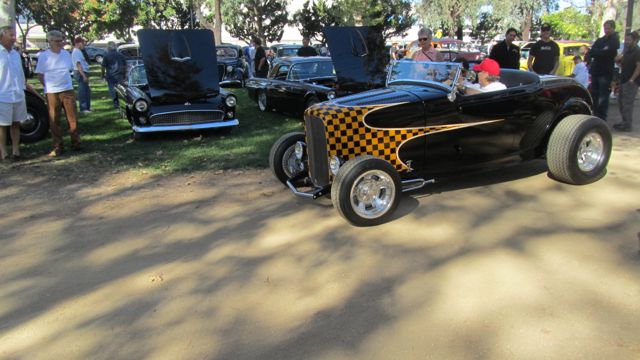 Bruce takes excellent care of Lobeck’s history making roadster. I am tempted to build a clone of the original maroon one from the late 70’s to pay tribute to his respect for tradition. 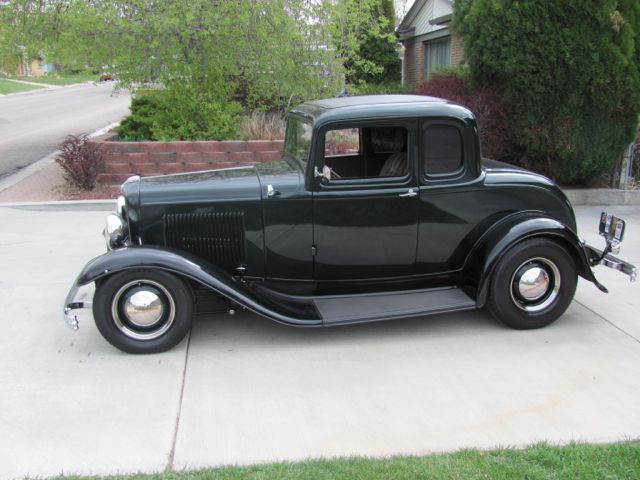 Lou changed his 5-spokes to the current trend of steelies. I like the look and the car. 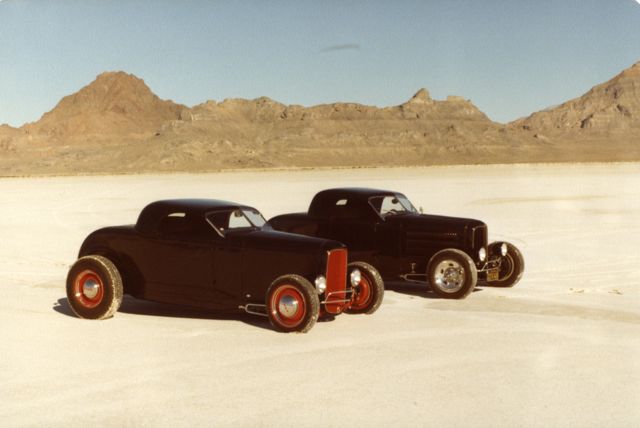 David cloned Doane’s famous roadster and the two cars agreed to meet in Bonneville for a reunion. Dave owned Just-A-Hobby and built his tribute to the creative builder. George snapped the photo years ago while visiting B’ville. Doane’s roadster was owned by Neal when this photo was taken and Bruce later restored it to perfection at SO-CAL Speed Shop. 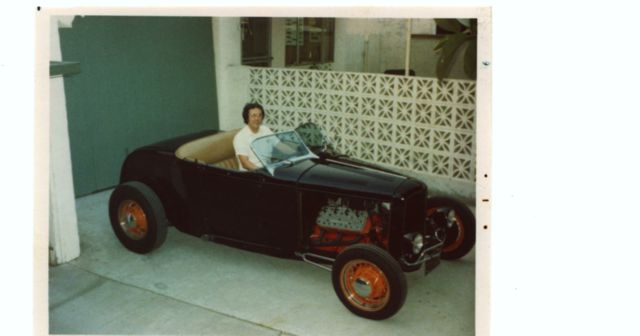 Here is my friend John sitting in Neal’s driveway behind the wheel of Doane’s famous roadster. Circa 1970’s.