I have had a busy week working on Andre. I should be at the Hot Rod Reunion but decided I needed to stay home and work on the engine. Bob-O and I picked up the motor and brought it home. I immediately took it apart and inspected the bore and crank size. Chip had rebuilt the motor in 1973 so I decided I should look it over prior to installing the engine. Everything looks good and I hope it will turn out good. Ron at R&D Machine is doing the work and will let me know how the camel hump heads check out. I took them over today for his inspection. Chip uses these heads in his restorations so if they can be saved they are worth the effort and expense. They are the “461” heads and are important in the Corvette world. For us hot rodder’s, you can purchase a brand new set of ready to run heads for about $600 which means you would not want to spend $500 to rebuild the heads. I want the look of the Chevy 327 L79 engine in Andre.

I have the engine down to the block and pistons which revealed a .040 bore and .010/10 crank. Chip thinks this is the maximum bore for a 327 without the fear of building a “heater”. My last 327 was the same as this engine and it never ran hot. Ron thinks you can go .060 without a problem so I am not sure what to do. I may just leave the block as is with the new heads and see how it does. I am having fun.

I removed the solid lifter cam and will install the L79 cam and hydraulic lifters from GM. They still make this grind but have changed the number from the old 151 to 12364050. I love the sound of this cam without the noise and hassle of adjusting the lifters. (old age and bad back)

Have a great weekend and take the roadster out for a drive. 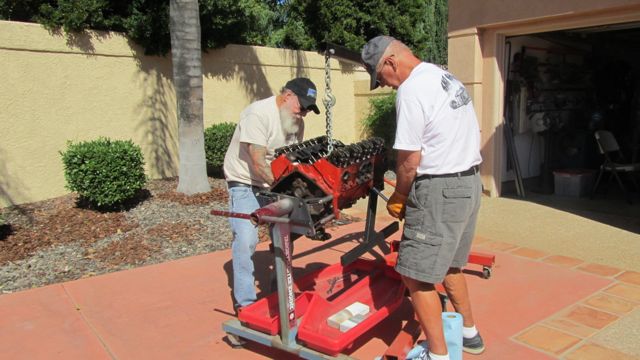 Bob-O helped me place the engine on my engine stand. The wife took the photo and helped with the unloading. She is great. 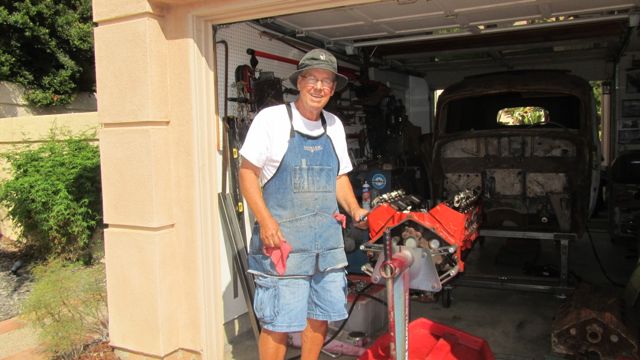 I built my last 327 in this same spot in the garage so I asked Jane to take another photo. 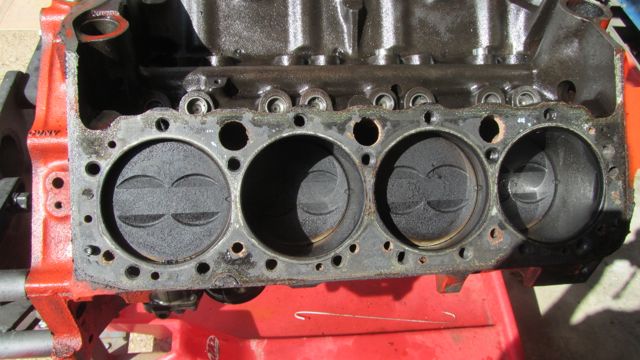 The removal of the heads revealed just a slight carbon build up which is really great considering it has been running for 30 plus years. 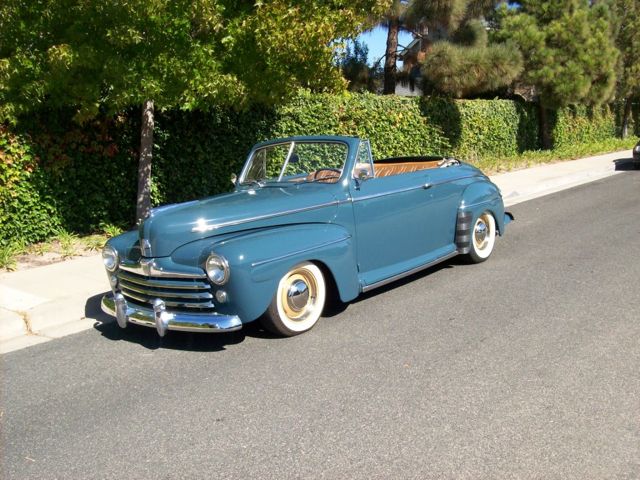 George sent along some photos of his just finished Ford convert. He has nailed the stance and the color combination sure looks good on this ragtop. He is Â thinking about selling it so he can start on another one. 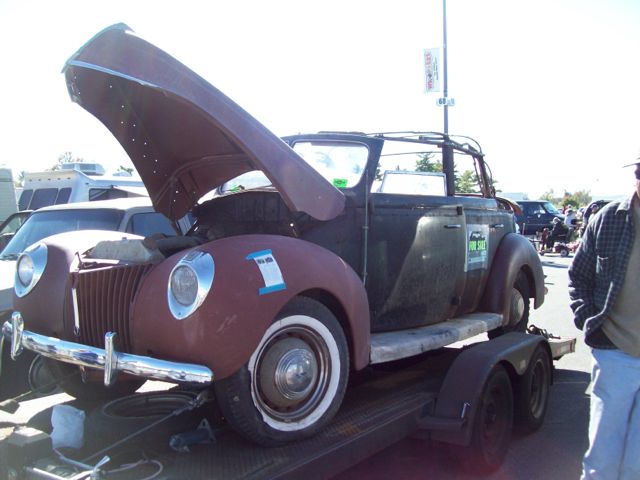 Dave has returned from Hershey and sent some photos of some cars he liked. I gave this one to Bob-O as he loves these 39 tubs. The price was $15K and the car was complete. Too far to drive Bob-O. 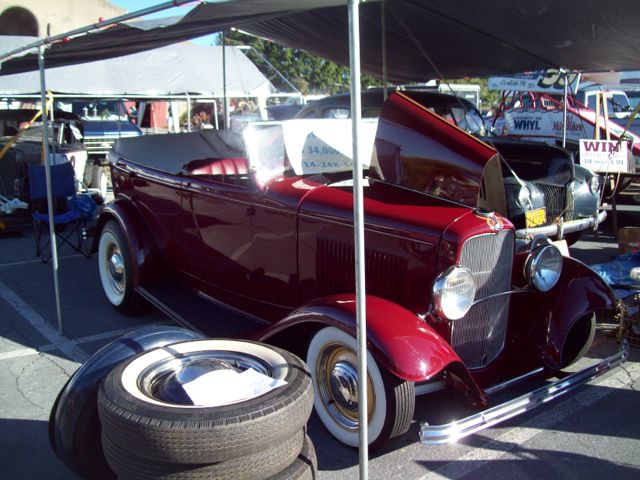 I like the Deuce tub and this one looks good with the “50’s” theme. The car was flathead powered and really had the look. 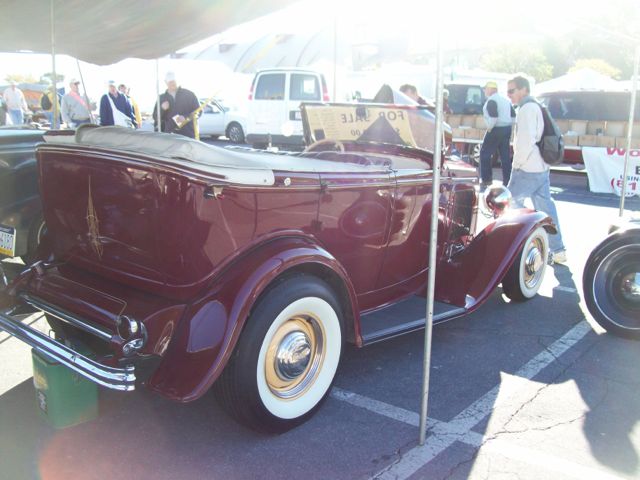 I am guess this was a glass car as the price was $34K which is cheap for real deal phaeton. 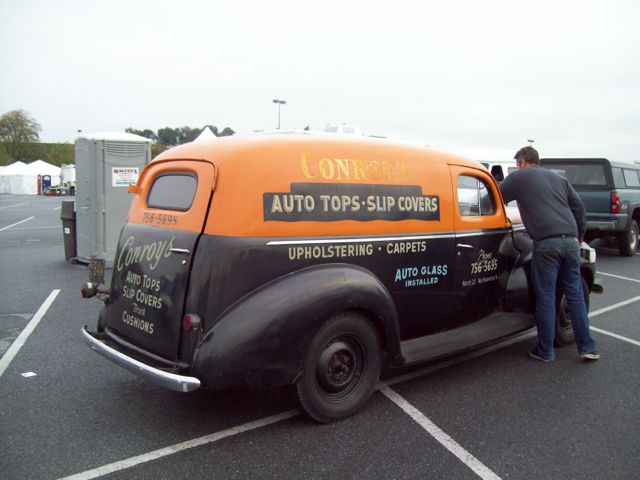 The delivery was on ebay prior to Hershey and did not sell so he hauled to chocolate land. There is lots of patina on this old delivery.Â 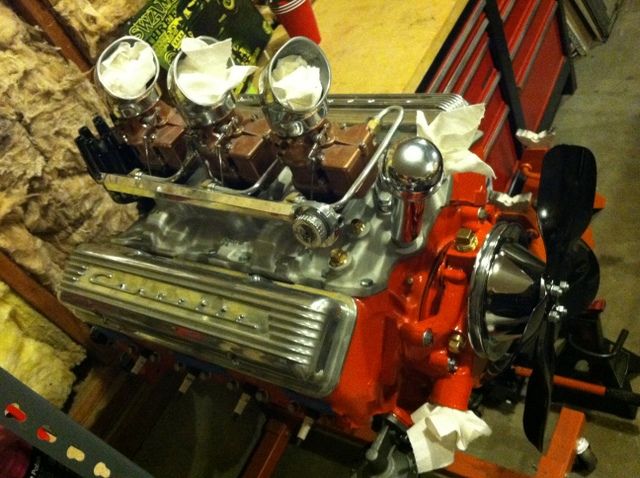 Steve found the perfect 283 for his 40 coupe. The carbs are powder coated. 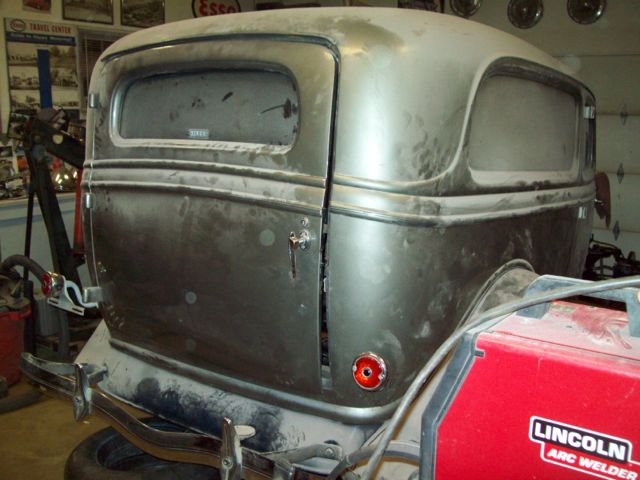 Dave did some garage crawling while back east and this one on of his finds. Thirty-four deliveries are really rare. 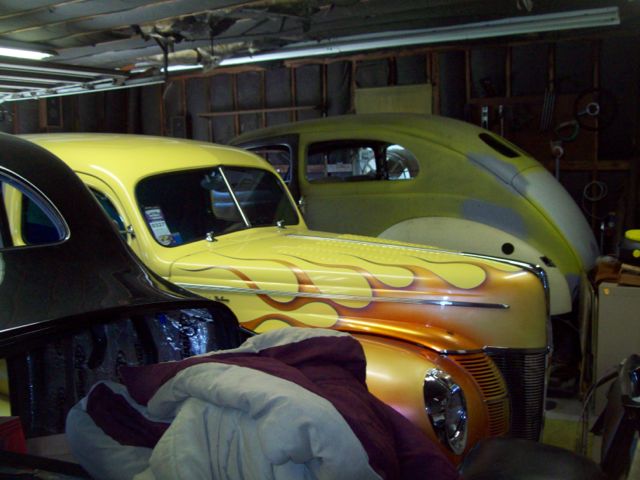 Sadly, the owner of these 40’s passed away before he could realize his dreams. I often wonder how many garages across the land are filled with treasures like these? I know he has started on another 40 in his new garage in the sky. 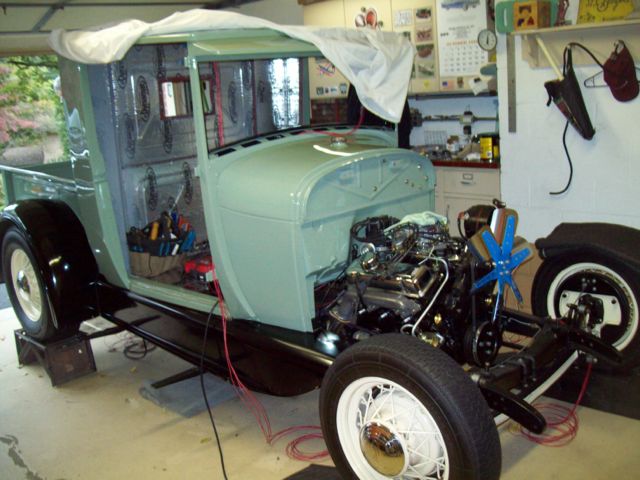 Hot rodding is alive in the East and here is another garage scene that Dave visited. The 29 phone booth trucks are really nice when done in this style. Note curved spoke Kelsey’s. 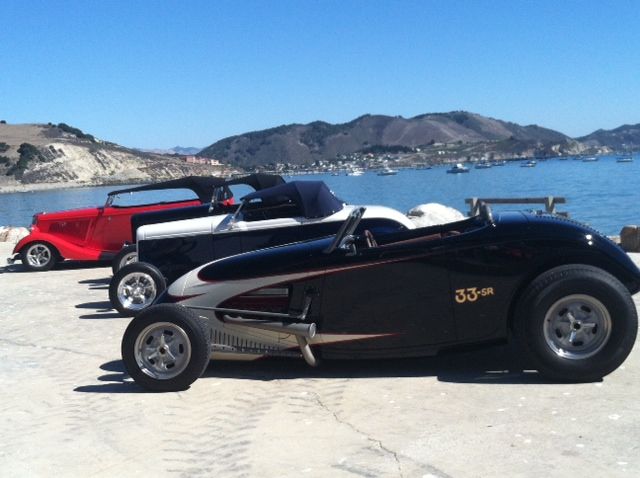 The San Luis Roadster boys wanted to beat the heat so they drove over to the beach for a lunch on the pier. The West coast does have some advantages for roadster drivers. Thanks Mike. ( Steve, where is your roadster? )