Some days things just go right. I have been working on my front frame jig and could not find the correct casters that would bolt to the jig. I mentioned to Bob this morning at the office that I was looking for some casters with 3 inch center holes. He said I have the ones that you gave me on the 40 coupe jig. I went over and looked at them and sure enough they were the correct ones. Bob took them off the jig and gave them to me to use. He has his forty up on wheels and tires so no longer needs the jig. He also never throws anything away which was good for me. Thanks Bob.

I came home and installed the casters and they bolted right on the old mounts. I don’t know how many of these jigs I have made but I always give them away with the cars when I sell them. Maybe I will learn on this car.

The weekend has a couple of swap meets to attend. The Eagle Rock group is Saturday and Long Beach is Sunday. My friend Max called and said he was going to the Eagle Rock event so I may tag along. This is a small swap meet but you sometimes find the long sought after part. My friend Larry called and has a set of 57 Corvette Dual Quads for sale. He has had these since about 1958/9. I don’t know the numbers but he promises to send them to me. Let me know if you have and interest and I will give him your phone number.

I am working on Andre this weekend so… 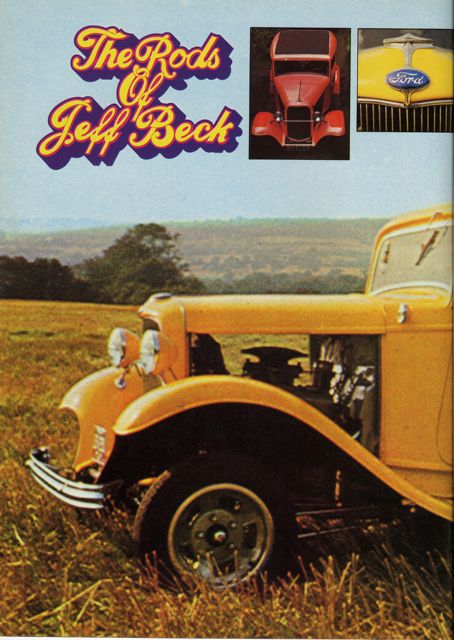 I received this photo from Keith in England who knows Jeff. This is exactly as I sold the car in 1972. He later chopped the top and made it more his. I purchased the car from Fred, installed a 4 speed and just drove it. 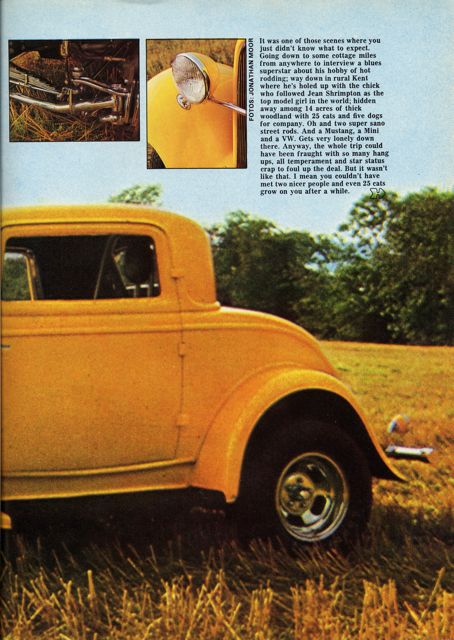 The rear wheels were not Halibrand’s as I could not locate any at the time. I purchased these Ansen”s and later found the correct wheels. Note roll bar which Jeff has installed in another car he built. Maybe I should purchase a Brookville body and build a hiboy. 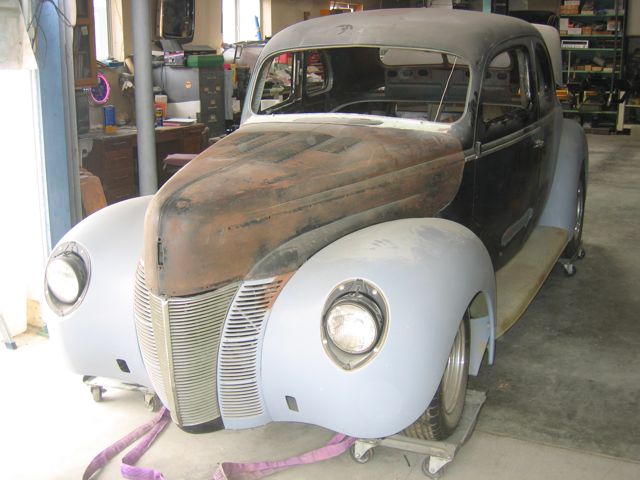 Here is my old coupe (now Bob’s) as of this morning. He has had the car like this for several years. I had the car on a jig with casters when he purchased it from me in 2003. 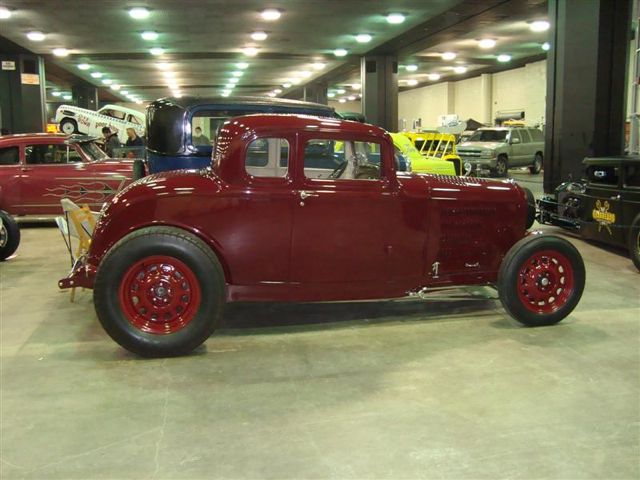 I received some comments on yesterday’s 5 window so here is another beauty from the basement at this year’s Autorama in Detroit. Look at the rear body beads compared to the tire…perfect. 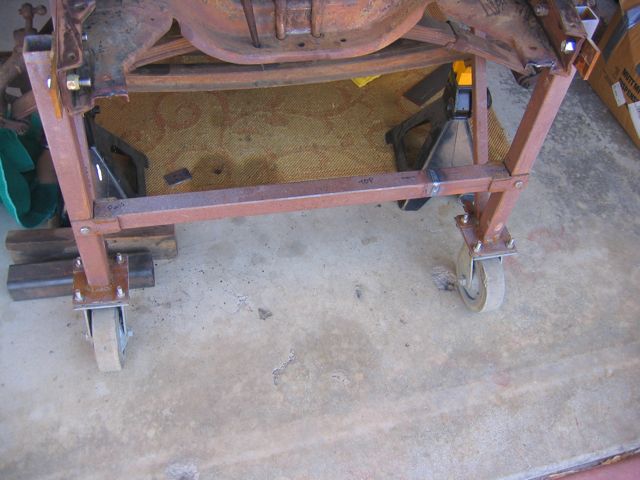 Honest, I am working on the delivery. Here is the front frame jig with casters installed. Now I can roll it out in the back of the garage and no one will complain…except the wife. 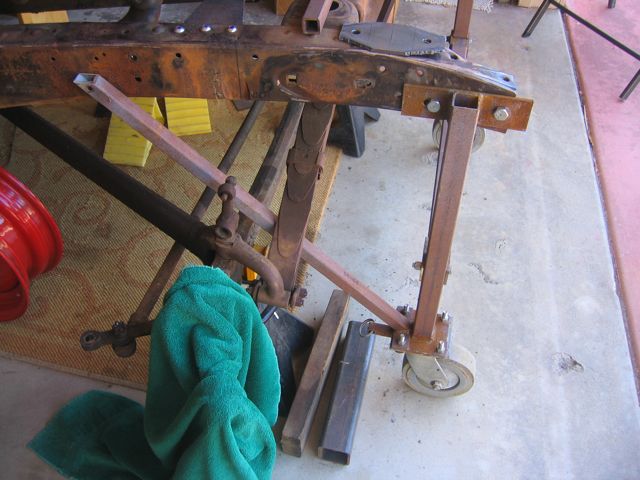 The side shot shows the rear strut to help the front braces. I used this on my 48 convert and it really works slick. I got the idea from SO-CAL who builds these for the cars they work on. 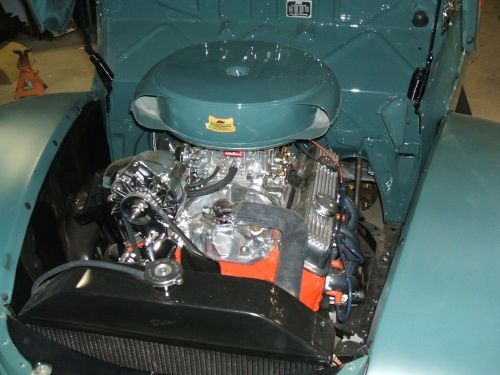 Bob told me the garage elves are working overtime on his new 40 coupe project. The orange engine looks good with the CMG firewall. 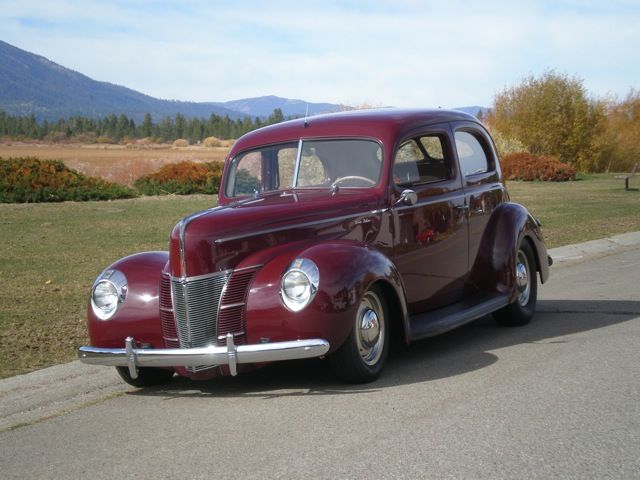 Another view of the sedan I really like. The stance is perfect thanks to a dropped axle and monoleaf springs. 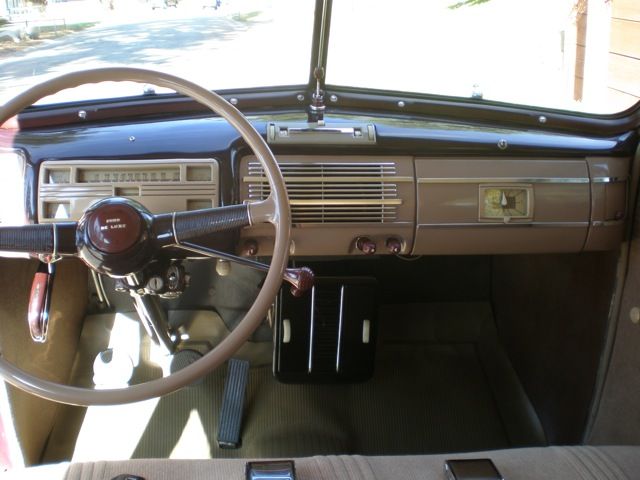 Dashes in this condition are rare in forties. I really like the 40 heater and radio. Rule number one is don’t touch anything on a forty except the drive train. 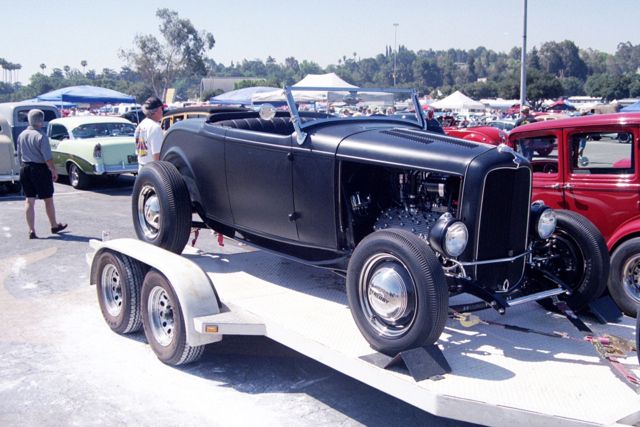 Only a few years ago this “Henry” could have been purchased for a fraction of what it would bring today. The stock market was not a good investment but old Hot Rods were.