I have spent the entire morning working on the rear axle for Andre. Â I picked up the U-bolts and attempted to install them but found they were for a 3 1/4″ housing not a 3″. Â A phone call to Frantic confirmed the fact they won’t work properly and will not fit in the lower plate. Â I returned them and ordered another set which should be here by tomorrow. Since I could not install the housing, I decided to remove the axle pads and install new ones in the proper location. Â I don’t like holding a grinder out in front of me but I was able to cut the brackets off neatly and the grinding operation was limited to an hour. Â I now have everything in the correct position and driveline angle adjusted properly without shims. Â Sometimes you just need to redo your previous work and make it right. Â Remember, anything worth doing is worth doing twice.

The talk at the “Office” this morning was about Nick Alexander’s swap meet this Sunday. Â Some of our gang our going to see what old Fords parts are still hanging out at Nicks. Â In the past, this was one of the best swap/shows around but I don’t know how it will be without all the Woodies and BBQ from Greenacres. Â Jane and I are going to take Ruby to the Malibu Woody parade so I am not attending the swap meet at Nick’s.

Christmas is a special time. Â I hope you all take time to enjoy the holidays and spend some time with the family and friends. 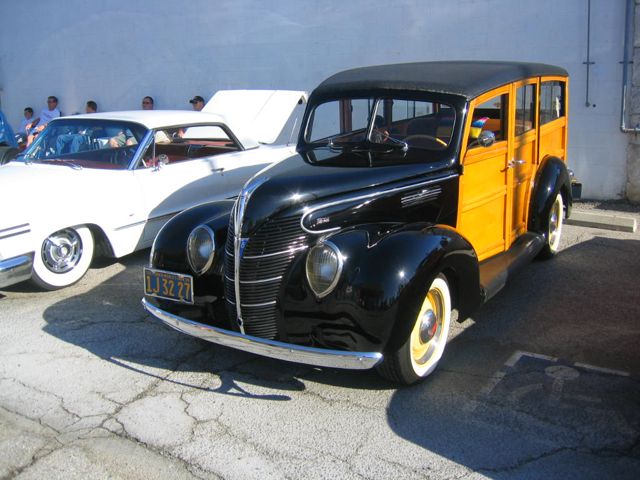 Nick had one of every year. Â The 39 standard makes a nice woody and not very common. 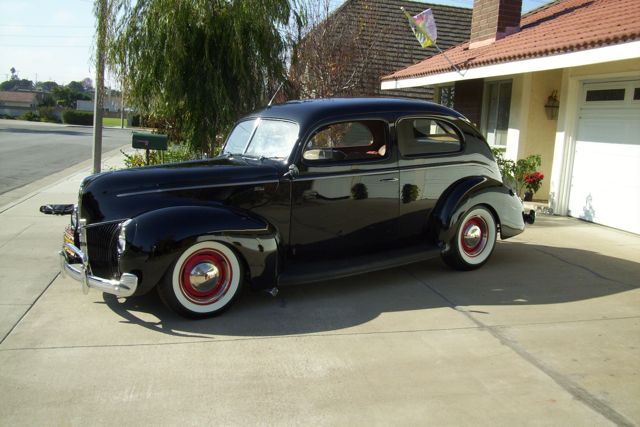 Steve and I had a discussion about this wonderful 40 standard sedan that is now on the block. Â I believe this came from the Benny Bootle collection years ago and is pristine in every area you want to look. Â The price is staggering but someone will have to have this one in their collection. Â See HotRodHotLine for details. Â One of the best there is. 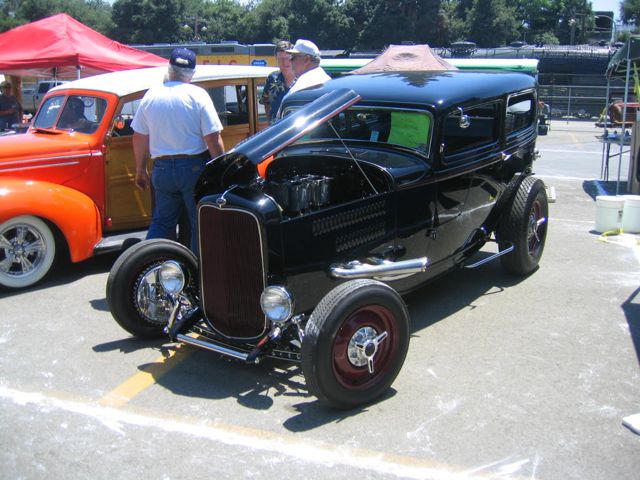 Another fine example of a Deuce sedan hiboy with a different approach to styling. Â I believe he has changed the style again but I have not seen the car in a few years. Â I shot this photo at the LARS a few years ago when I was hot for a sedan hiboy. 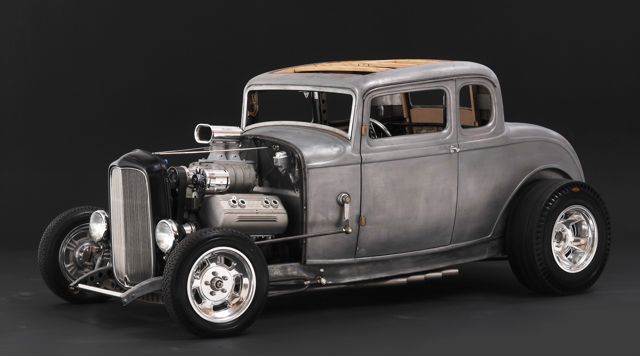 As you know 5 windows are now my favorite hot rod. Â This one showed up on the HAMB the other day and is a first class ride. Â See Nude Deuce. 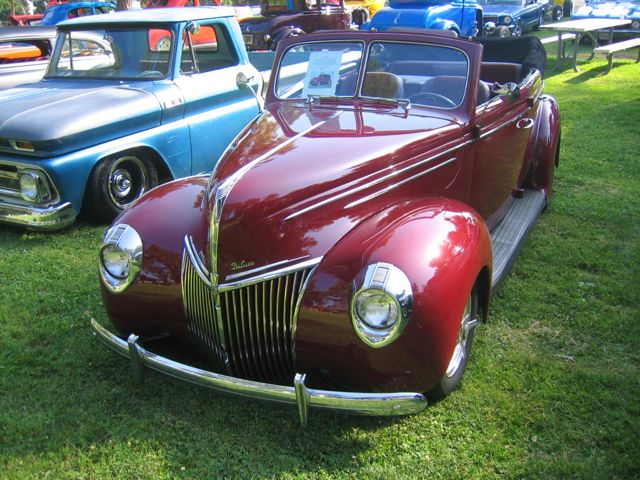 This is Gabe’s other 39 convertible sedan. Â I featured his other one last week which is also maroon. 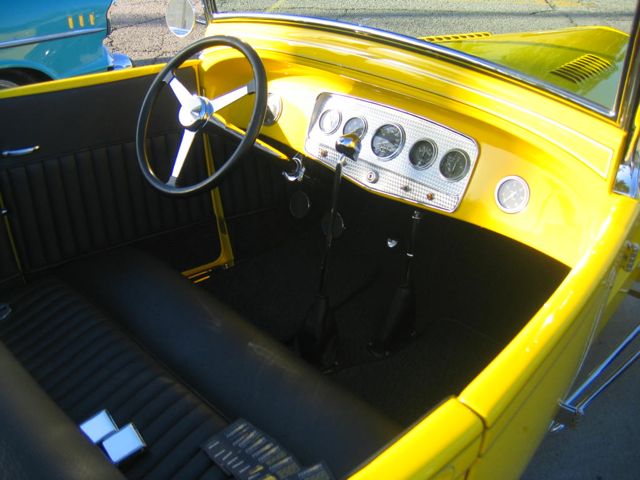 Bob built this 29 a few years ago and it was just too much hot rod for him. Â Warren now has it back and has made it even nicer. Â Bob O owned this one for a long time while he was an LA Roadster member. Â The dash is the real thing. 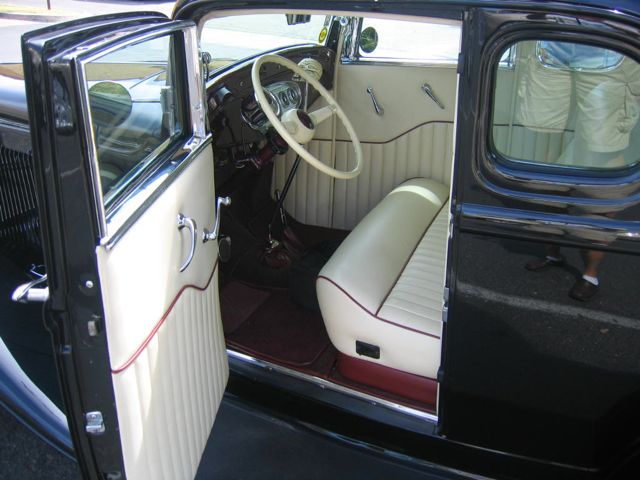 Bob O like the T&R in his rides. Â The glide seat is very comfortable and adjustable for guys like me. 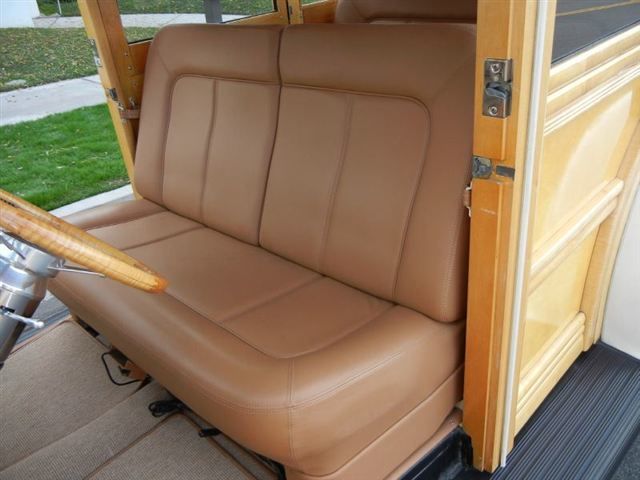 I like simple interiors and this Glide seat looks great in the woody. Â Andre would like this design in his interior. 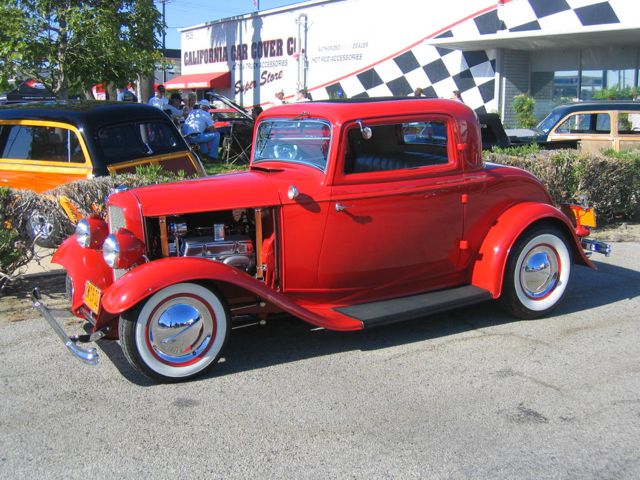 Red 3 windows were the rage in the 80’s and have been coming back lately. Â A true classic in the hot rod world but has been running second to the 5 window in recent years. 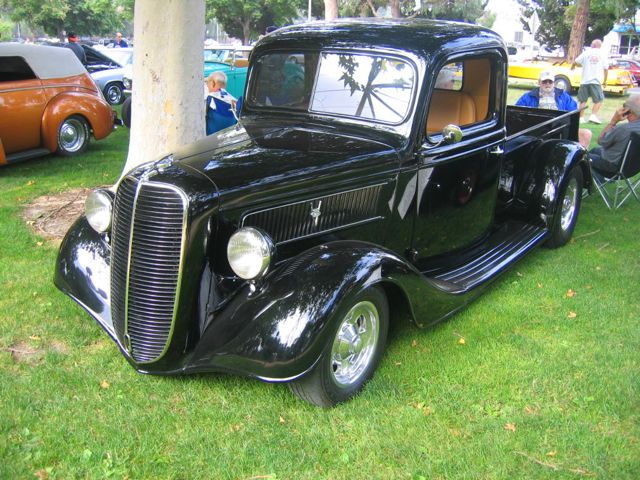 Frantic and Don put this one together a few years ago. Â Bob is thinking his may look good in black when he gets around to the build. Â Don also owns a super 37 sedan delivery that Frantic built for him.