I know I have been writing about my current love of the roadster but I also have a deep affection for Fords 1946 – 48 Ford convertibles. I had a request to feature some coupes and sedans also so I will give it a shot today. I don’t have many photos but I can locate some from other sources. If you are building one of these nice rides, send me some photos and I will feature them.

I purchased my first 48 convertible after hanging around Fat Jack’s shop in Stanton in the late 80’s. He was always working on various models, putting his signature touch to them that only he could do. I was a family man during those times with two children that went everywhere with my wife and I â€“ so I needed a sedan. Jack built a series of tudor sedans in black, maroon and green that were instant hits at the events. His son, John, had a daily driver coupe and was building a convertible that was in DP40 primer which I really liked. I stumbled across a nice convertible and drove it with the family in a stock condition (dropped axle) for a couple of years. I moved to San Francisco and work prevailed for the next several years but I still have the love for the Fat Girls as we called them back then.

In my last year with GM, I purchased another Pheasant Red convertible from Gary Monnich in Sonoma and my wife enjoyed that car for several more years. The car was Dearborn Winner and completely stock with a Columbia. I drove it home and after I retired I installed a new drivetrain and drove it for 3 more years. My wife thinks they are the best driving hot rods you could ask for. I agree!

I never owned a coupe or sedan but Jack built some nice ones during the 80’s and 90’s. His famous roll over at Fremont ended his coupe racing days and he started a 46 sedan delivery but never finished it for racing. He did build a beautiful black sedan delivery for Moreland that is still around in the Valley not far from my house. I did move down to the 1940 Fords due to the size of the later models which don’t fit well in the small garages we have in LA.

In conclusion, I have enjoyed the later Fords during my time and will always rank the convertible right up there with any of my past hot rods for an overall driving experience.

Maybe you should try one! 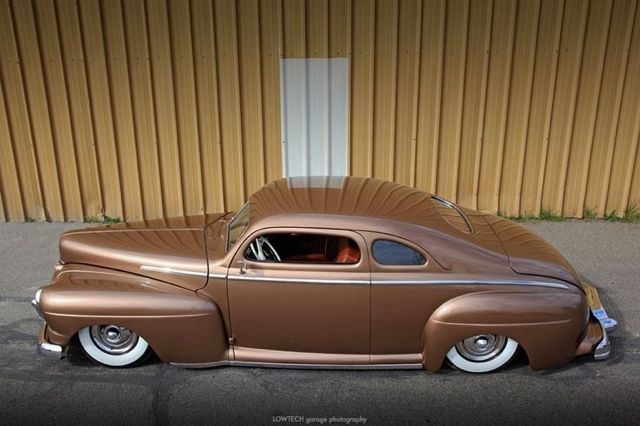 Full customs such as this one were popular in the 50’60’s and still are to some extent. (Photo from Low Tech) 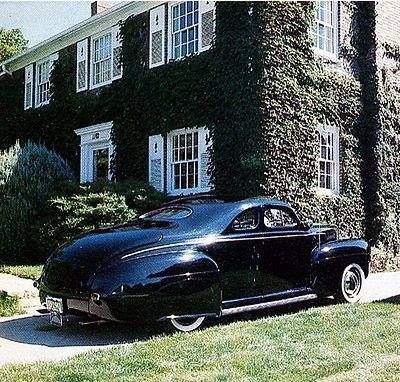 Another custom from the era is this beauty. I do remember the skirts and whitewalls with flipper hubcaps from my early days in Decatur, IL. I like the house also. 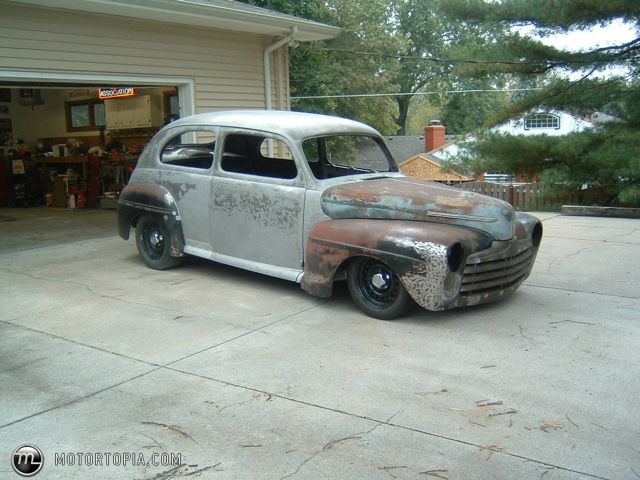 This is the stage that I like to purchase. Hard work done and ready for final body work and paint. 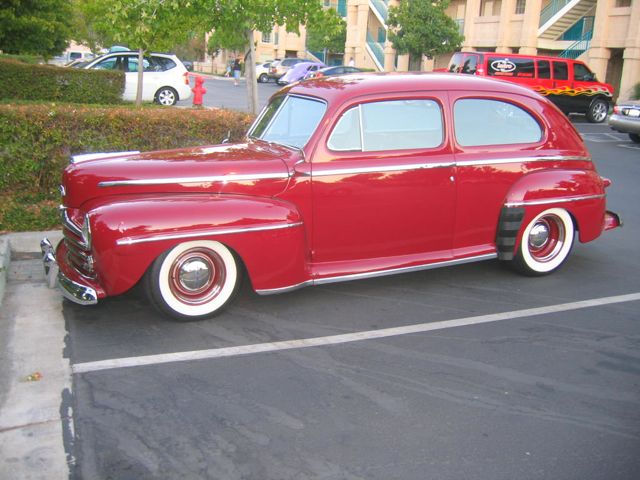 This Fat sedan was at our hotel in P-Town a few years ago. I believe it was built my Orv in Bend. 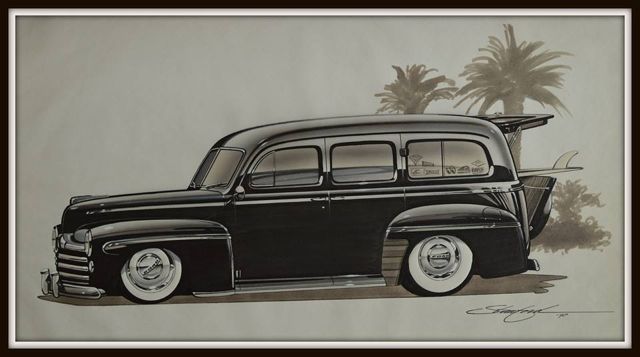 Fred built this Sanford designed 48 Explorer from a 4-door and sedan delivery. John Good was the owner. It was very well done. 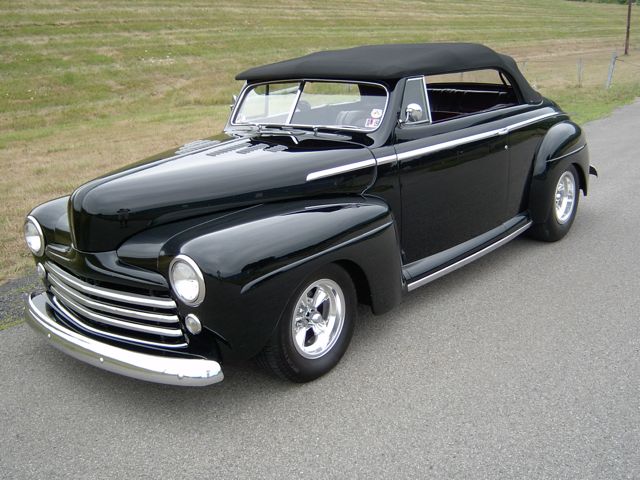 I think this was Jim Cherry’s convert Â back in St.Paul a long time ago. 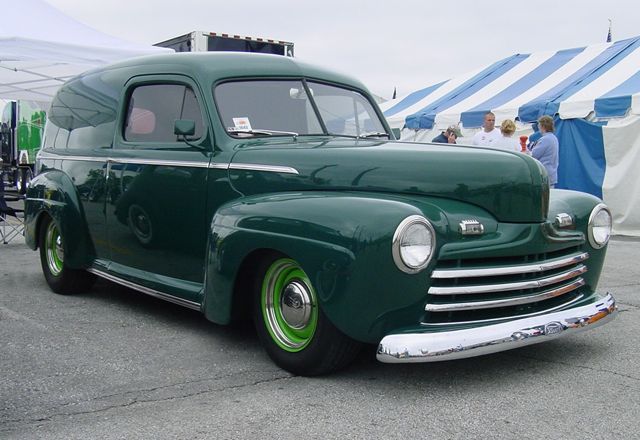 George started the demand for the 46-8 sedan delivery with this Masterpiece built beauty. He drove it everywhere. 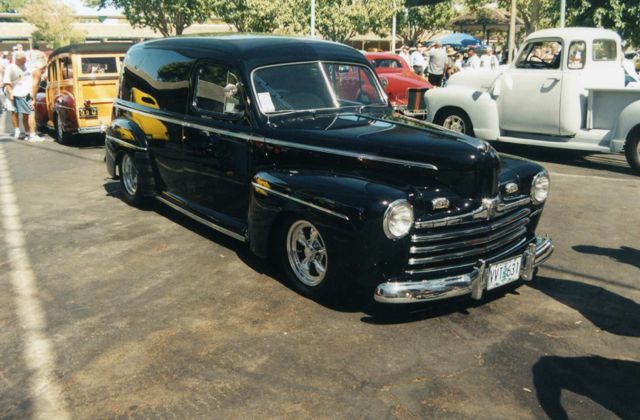 Tim had one of the straightestÂ black sedan deliveries around in the late 90’s. I tried to purchase but no deal was struck. 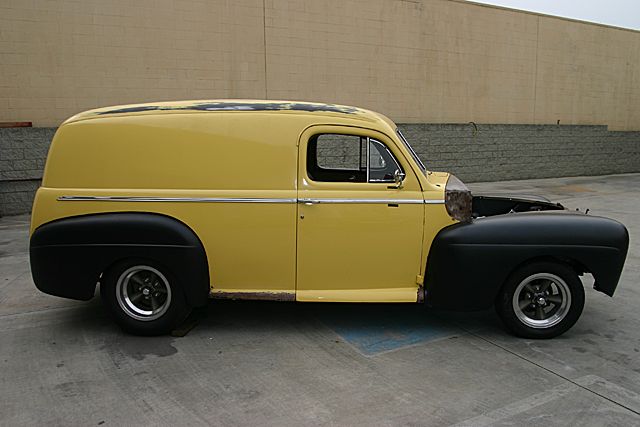 So I found this one that had been a flower truck in Pasadena for 30 years â€“ 4 NOS fenders from Don Thelan. 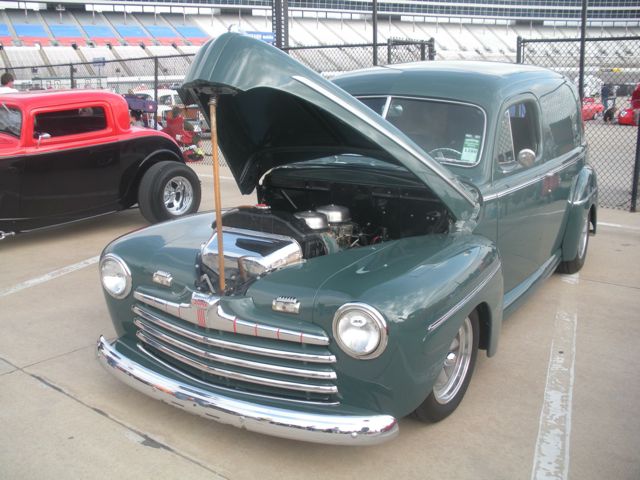 The delivery was finished in fine style and now belongs to Jim Smith of the Hot Rod Garage. 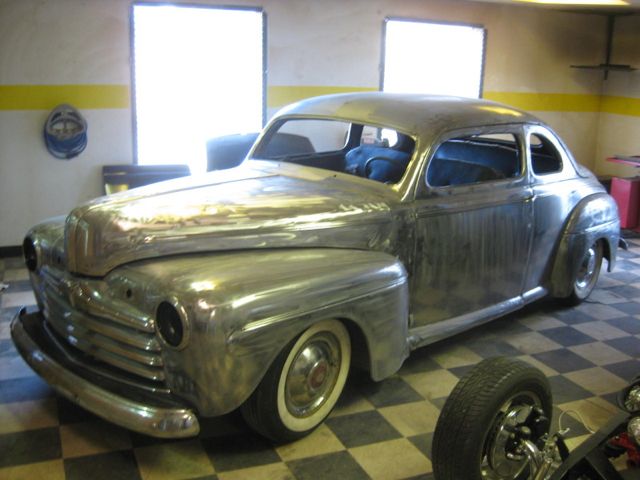 Most coupes are restyled to be a custom and they do look good in bare metal. 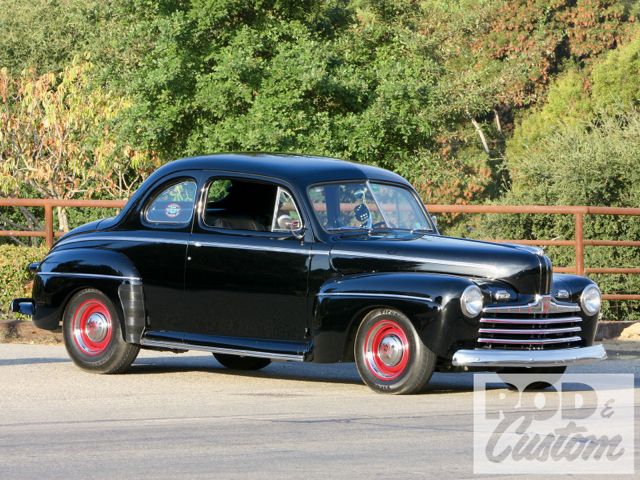 You really don’t have to do anything but lower the front and drive ’em. 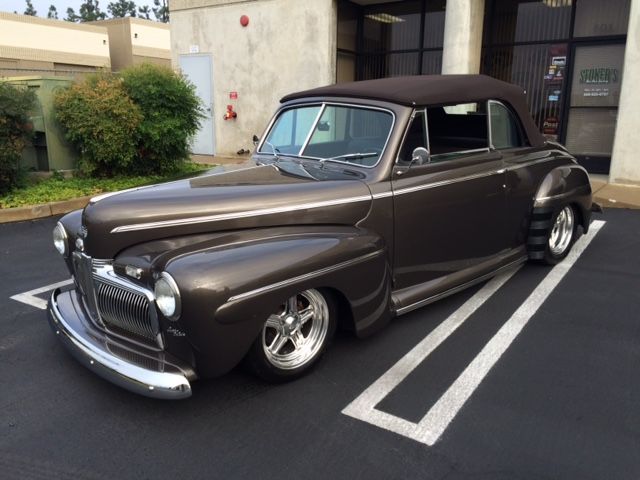 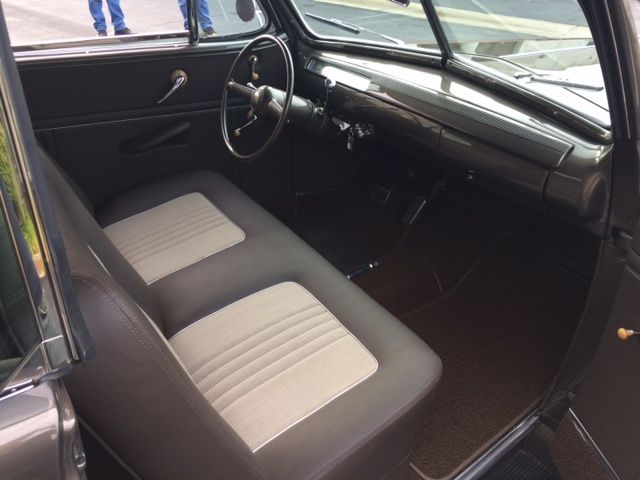 Elegant Interiors did an outstanding job on the upholstery. Looks comfortable doesn’t it. 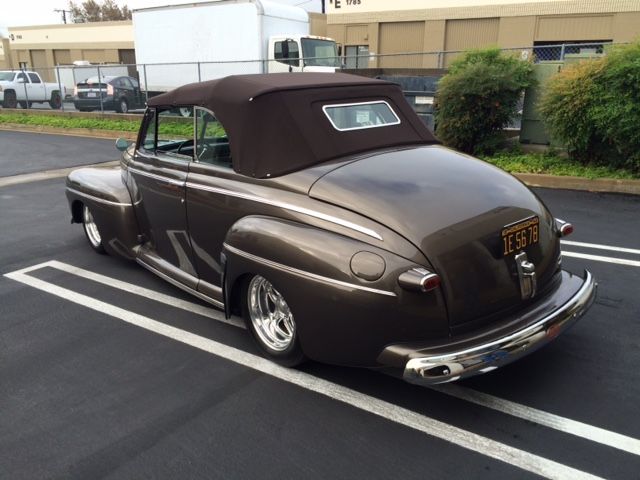 The stance has that FJ look from this angle. The dark bronze color real sets this apart from the normal maroon ones.