Jane and I enjoyed a very special “End of Summer” weekend by attending the Wavecrest Woody show and the Outriders Picnic. Traffic and heat were the two deterring factors but they didn’t stop us or Pepe. We are tired tonight but filled with happiness from enjoying time with our friends at both of these very famous events in our area. We would like to thank Walt Baynes for his continued invite to both of these wonderful shows. We look forward to them each year and save the dates a year in advance. I have included a few of my photos and will show more during later posts. Both events were successful and I want to thank the San Diego Woodies and the Outriders for producing these historic events for all of the car guy and gals who attend. I couldn’t believe the turnout today in 100 degree weather. It doesn’t get much better than this in my book.

The Back Road Boys will be heading to the Rock Inn at Lake Hughes on Tuesday. 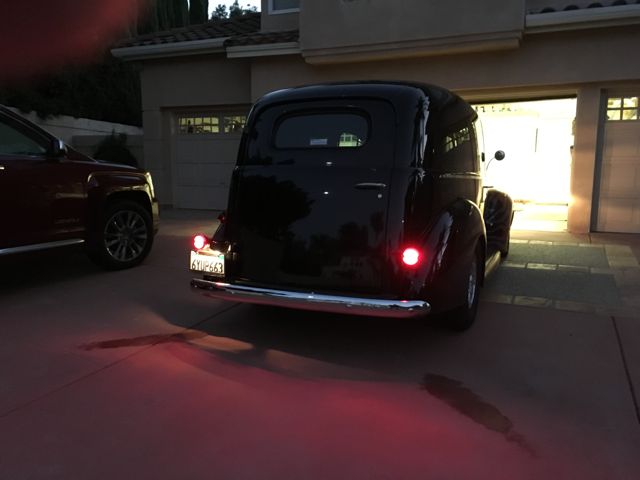 Early morning warm up for the trip to Wavecrest which is near San Diego. 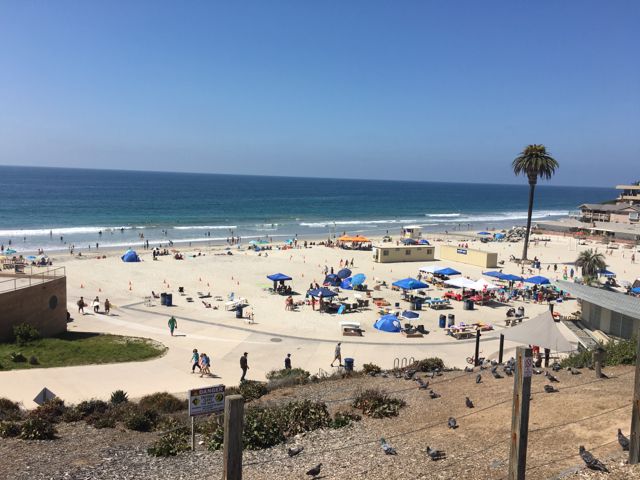 The beach was stunning with lots of people early in the morning. 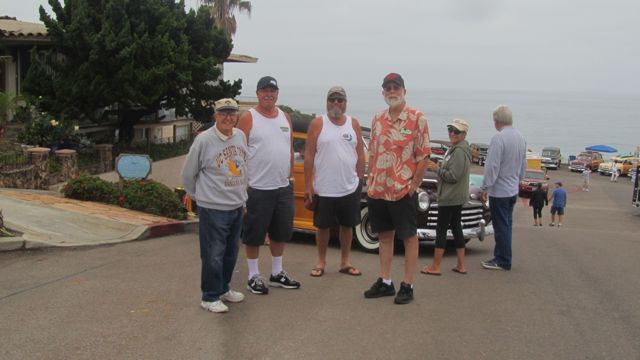 The Boys, early in the morning, were heading to Breakfast at the 101 â€” our normal spot. 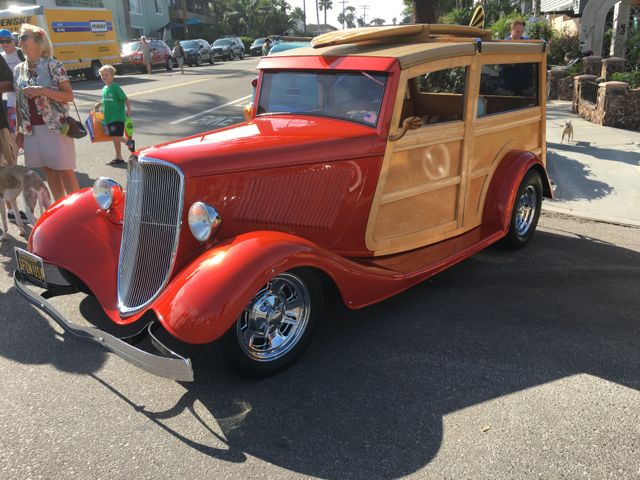 Hercules always is well represented at Wavecrest. Cecil has a nice display each year. 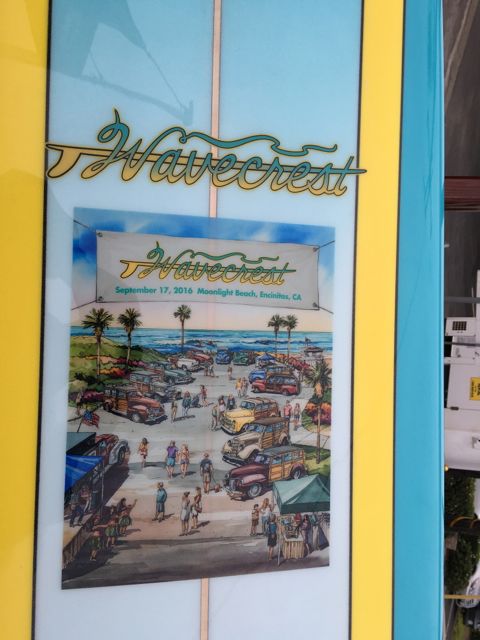 I love the towels and buy one each year. This is also the T-shirt design. I have stacks of them still in the bag! 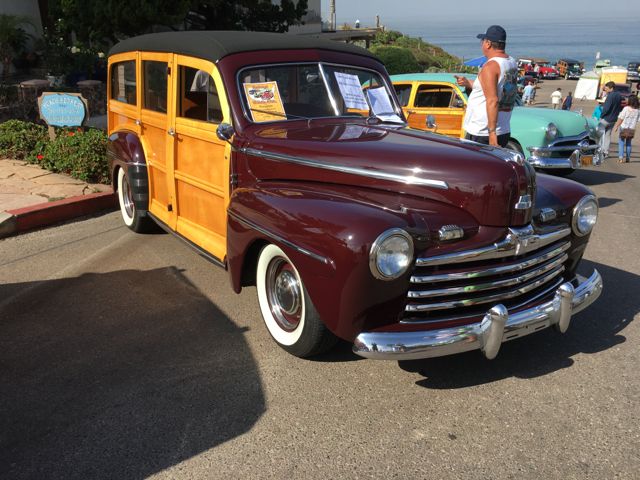 Ruby was standing tall and available. Looks like she may have a new daddy. I loved that Woody. 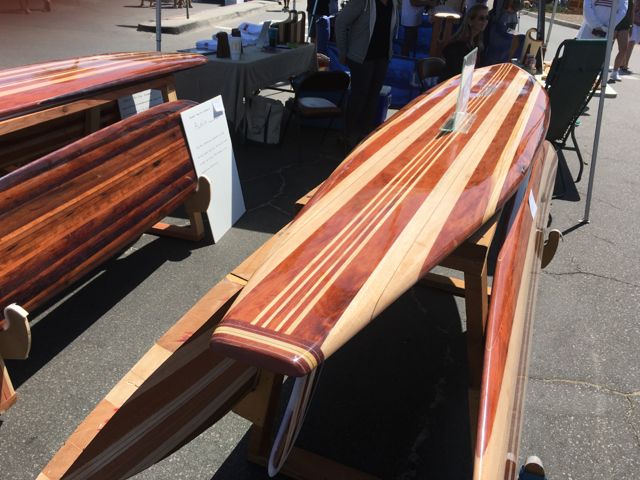 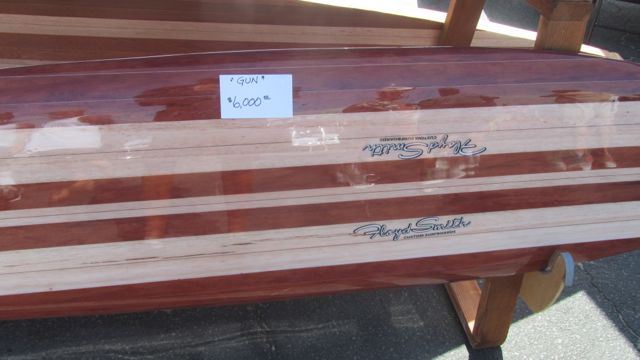 Not sure my son ever paid this much but his mother didn’t always tell me thingsâ€¦.! 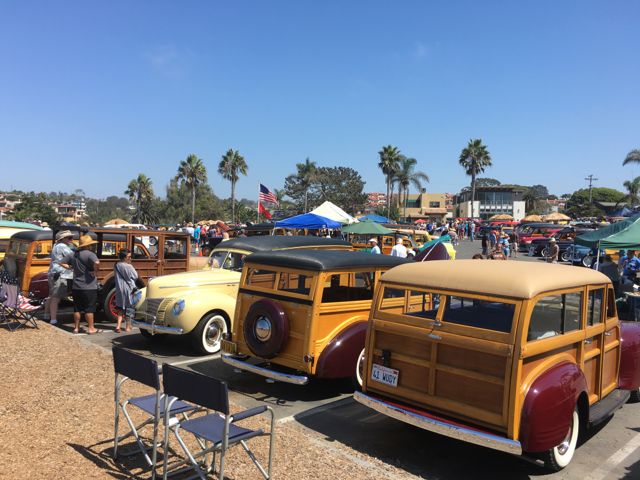 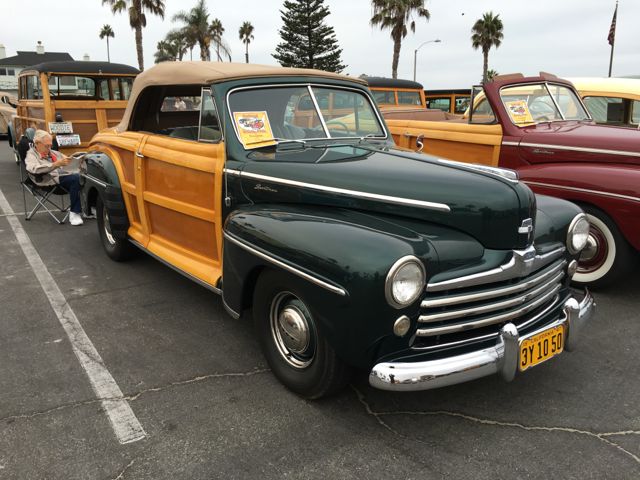 Te Sportsman is always worth a second look and light my fire! 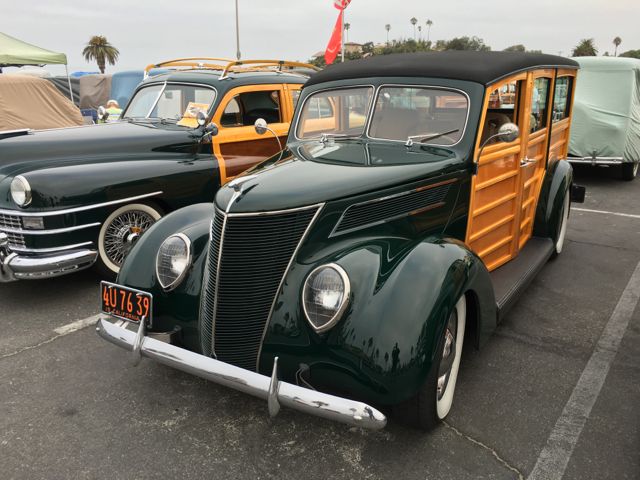 The 37 Woody has a special place in my heart as I watched my friend piece on together over a long span. 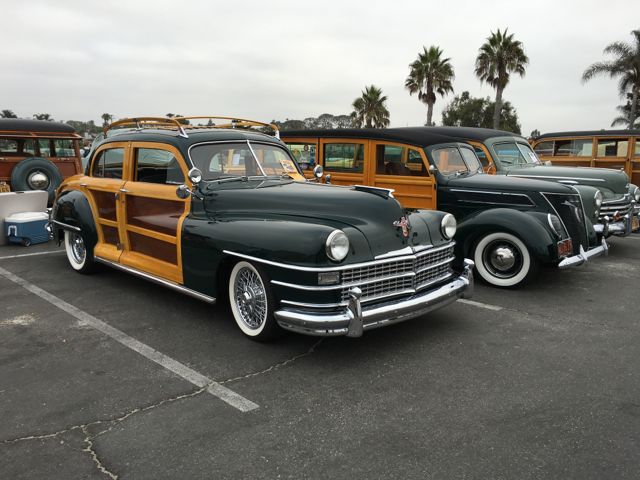 This sensation was a Hot Rod with a Hemi and all the amenities you could want. 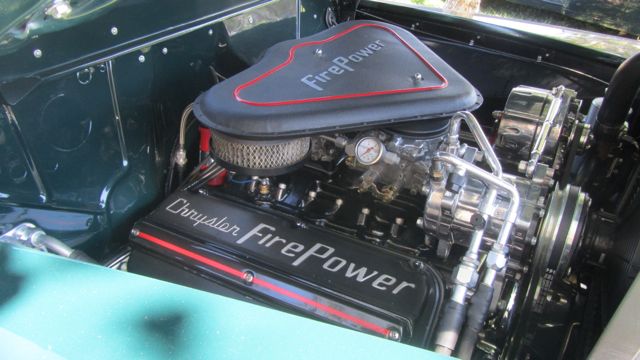 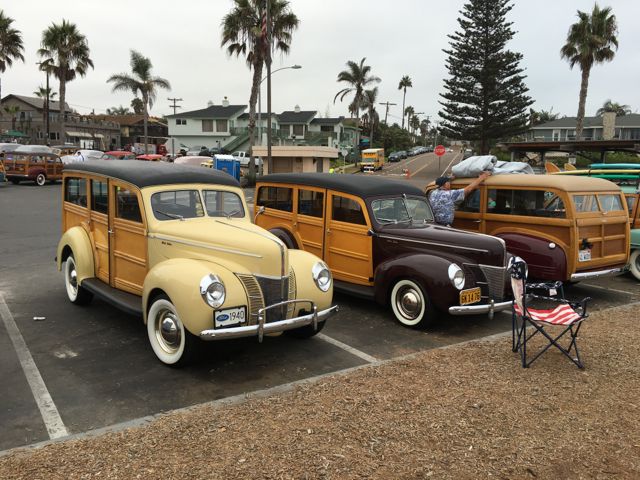 For some reason, there were several 1940 Fords in attendance. I would guess about a dozen or so top end Forties. 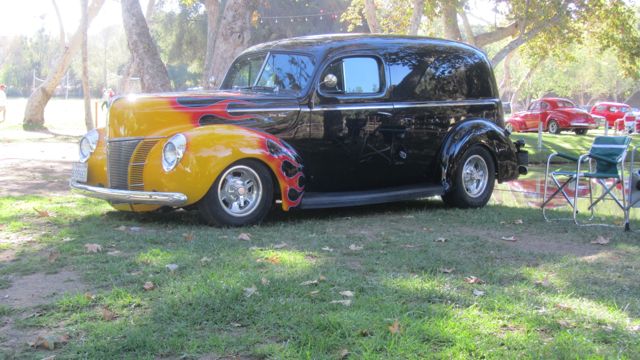 I parked by the lake under the shade trees for a perfect early morning spot. 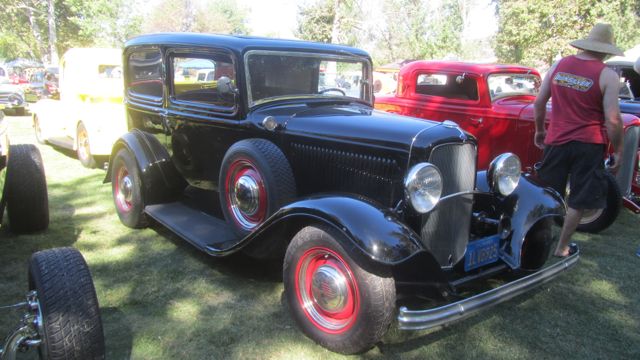 Julian has a fleet but normally drives this sedan delivery for us to admire. 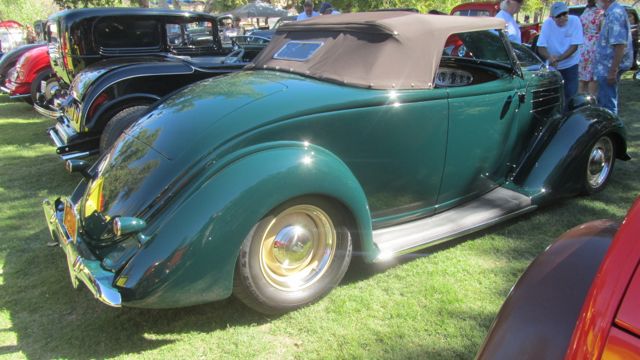 Wheelsmith’s 36 roadster is top shelf all the way. 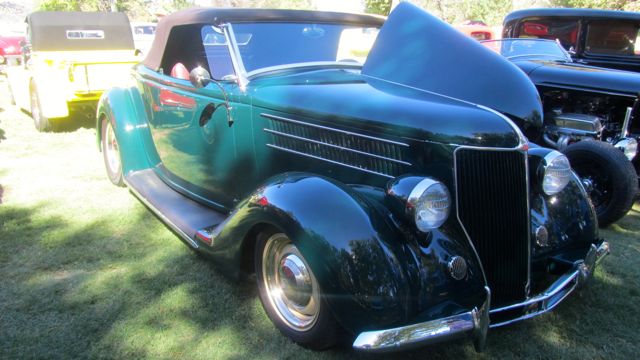 Tires of Deuces, try one of these for a classic look. 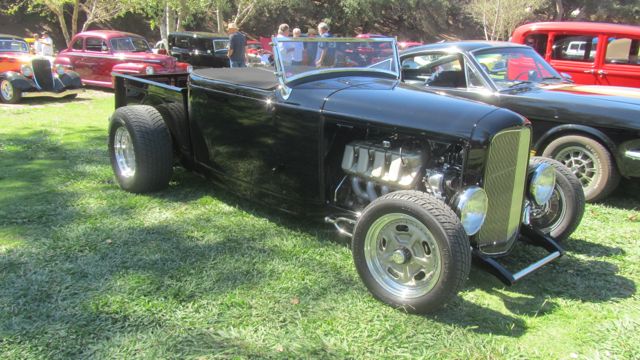 Ed drove his fuel economy Boss to the show and as usualâ€” was standing tall. Brookville’s first RPU. 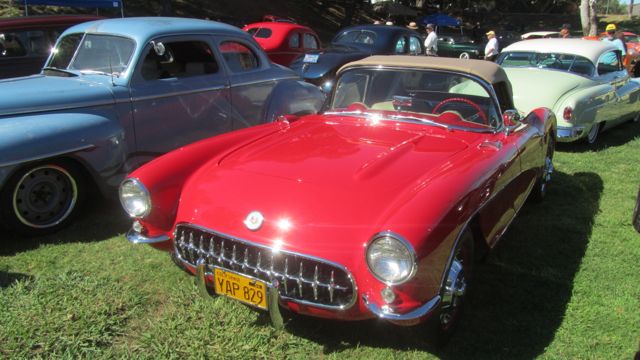 There were several Corvettes in attendance which is fine by me. This was a beauty with a little HotRod flavor. 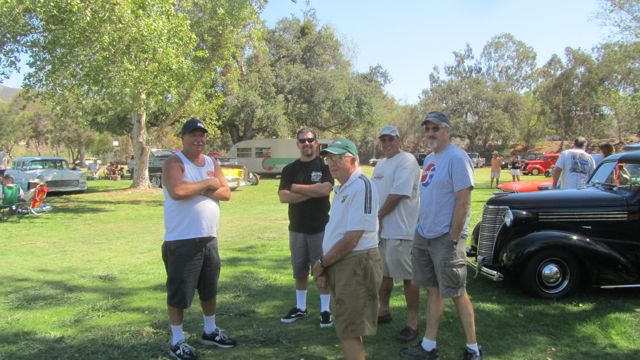 Another of our group talking to Ryan about Jim’s 40 Woody project. 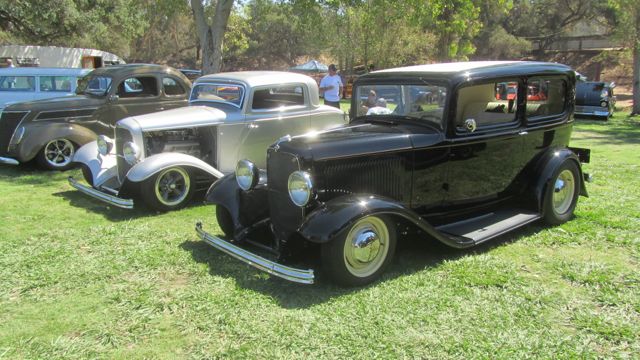 The Reed Trio! Stance is everything on a Reed built Hot Rod. 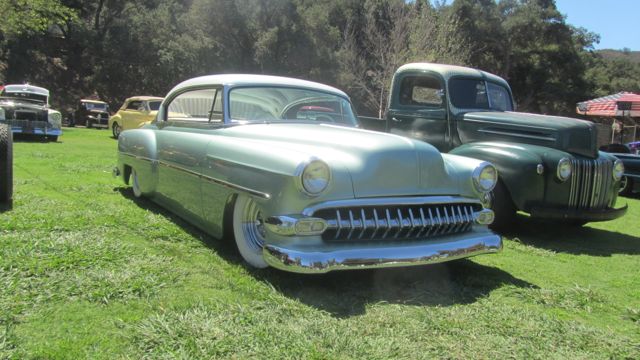 I had a few tears when I saw this 54 pull into the lot. Mine was similar. 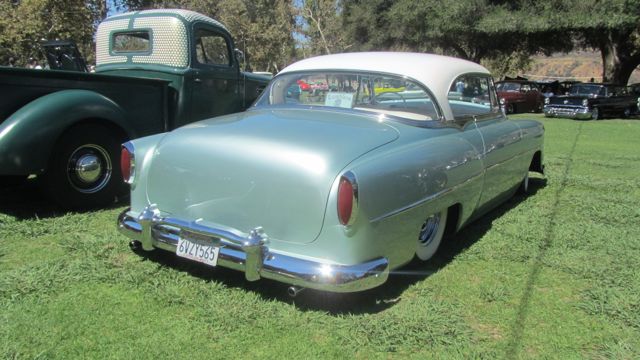 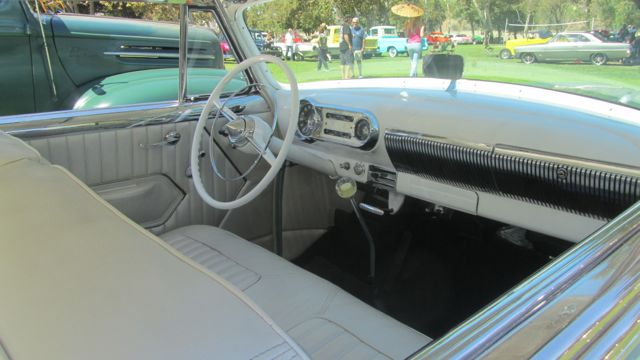 I had the al white interior with a 4-speed and tach on the steering column. 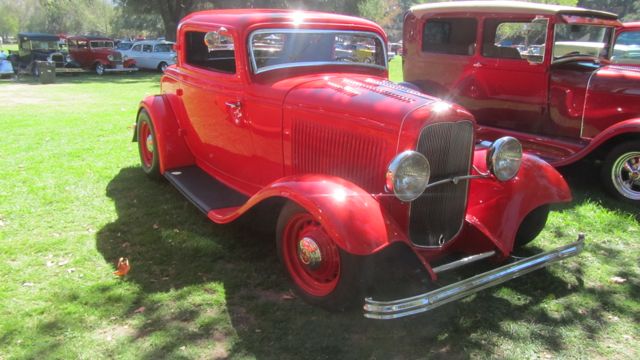 A Chevrolet dealer introduced himself and showed me his beautiful Deuce 3-window. Who said Ford and Chevy aren’t