It’s here! June brings the best of the best Roadsters to Pomona for the 53rd LARS. The show began in 1957 and for the last 38 years has been held at the Fairplex. The longevity of the show is due to the love of the early roadsters which roamed the streets of LA and the race tracks across the country. The light weight of the roadster bodies and frames became the platform for building a fast roadster for the street and race track. Famous pioneers in the hobby, like Vic Edelbrock, Halibrand and many others built a business around supplying parts for the ever popular Ford flathead engine. As a youngster, I wanted a pair of Edelbrock or Offenhauser heads for my Hot Rod. And of course, a dual carb manifold to match. My father was an engineer and shared the passion for driving a fast Hot Rod which was a tudor sedan. Together we built a souped up 59AB for the sedan and had some memorable times on the streets in Pekin, IL. He was my mentor for a hobby that I still love today.

Early roadsters were not necessarily the best of quality and engineering, although there were some who built show and race winners combined into one roadster. Names like Joe Nitti, Ed Iskenderian ,Vick Edelbrock, Dick Flint, Doane Spencer and many others built memorable roadsters that still exist today in private collections. Bruce Meyer has several in his stable and drives them all over the streets of LA. The popularity of the early roadsters really was brought back to life by the late Pete Chapouris who along with Alex Xydias who was the original owner of SO-CAL Speed Shop. Granted the style was post-war but the design and engineering was strictly modern with all new safe parts to take you anywhere across this country you wanted to go. The style still is popular among all ages and continues to be built in speed shops and home garages around the world.

As the month moves on, I will feature some later styles of roadsters including the Boyd Smooth look that was so popular in the 80’s. I hope all of you plan to attend the 53rd showing of the Los Angeles Roadster show the “Greatest Roadster Show on Earth!” 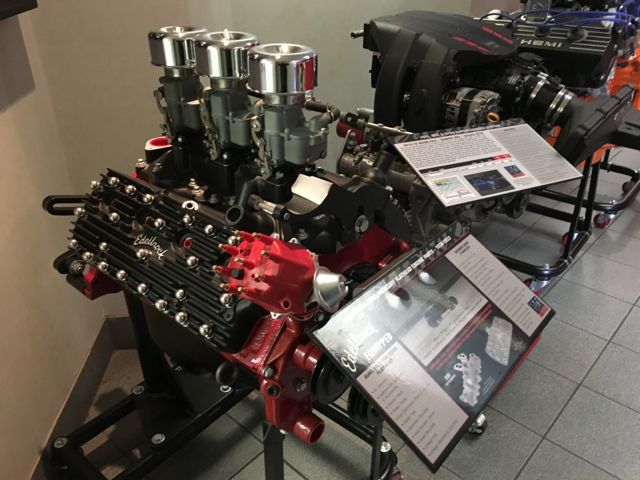 Edelbrock pioneered the speed equipment business that grew into a multi-million dollar empire. This photo was taken at his open house a couple of weeks ago.

Vic would drive his family roadster to the races, unbolt the fenders and race his products. 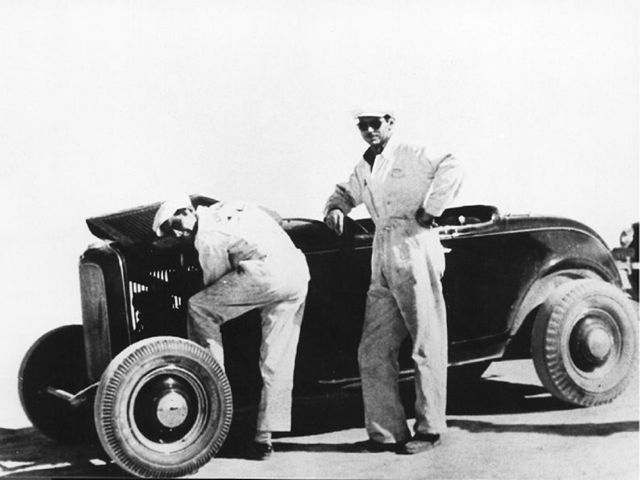 Ready to see how fast the roadster could fly. 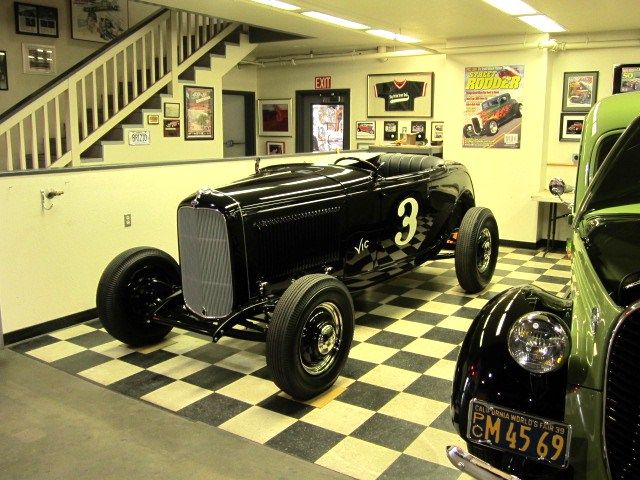 Roy restored the car back to the original condition for all to enjoy. 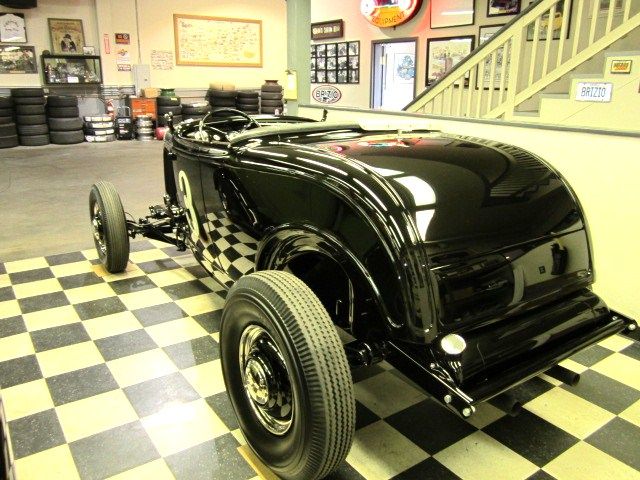 Pefection is Roy’s last name and this shot shows his team’s skills. 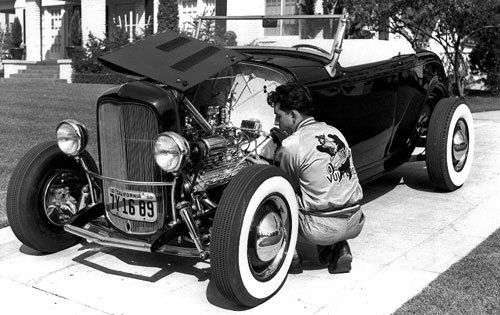 This famous shot of Joe working on his roadster ready for a street race. He was a member of the Vultures car club. 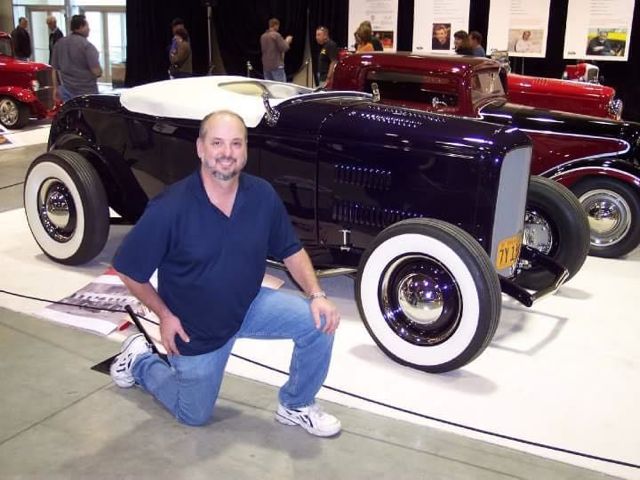 This is Joe’s son shown if front of his dad’s car at the 75th Anniversary show in Pomona. 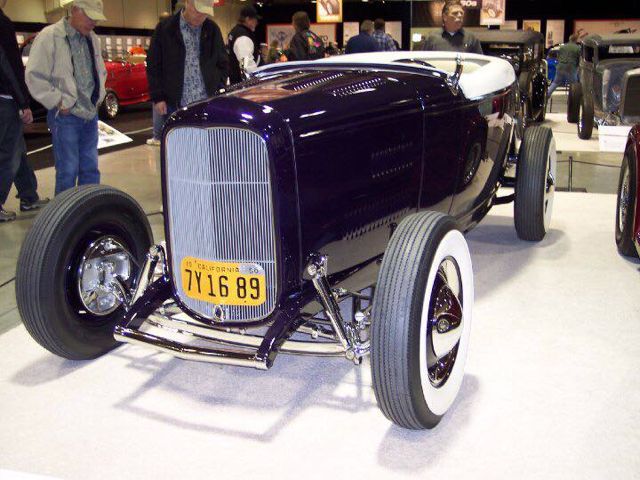 The car featured some unique features for the era like hidden hinges. 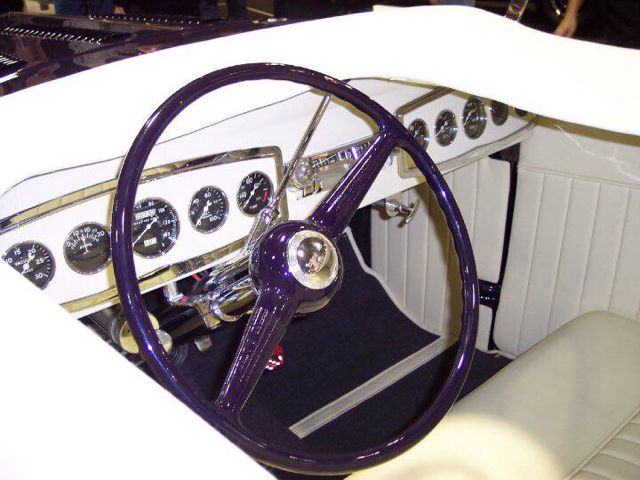 The dash has yet to be copied in my mind and was another usual feature. 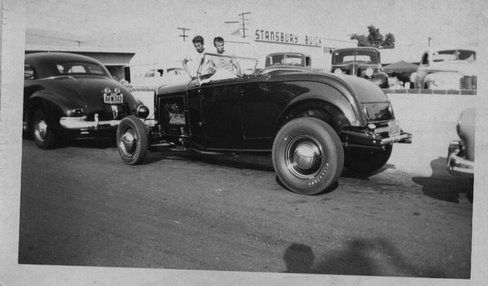 “MO” Morrison was the owner of this very fast roadster in the 50″s. My friend Don shot this photo in his youth. 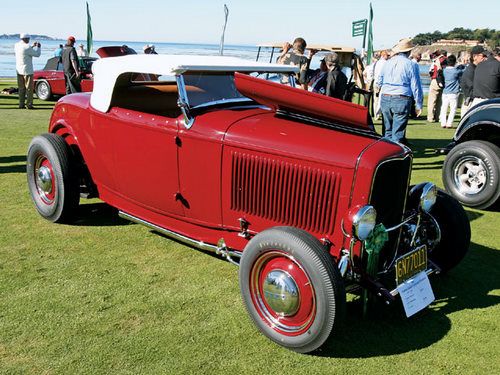 The Morrison roadster was restored by the Stirnemann brothers in St.Louis and shown at Pebble beach.

Early roadsters often looked like this as the high school crowd couldn’t afford to build a high end roadster. 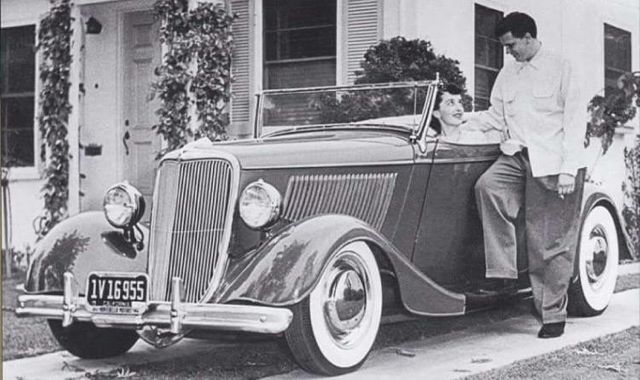 Some really nice examples of roadsters were built for daily drivers and racers. Hot Rod Cover car in 1957. 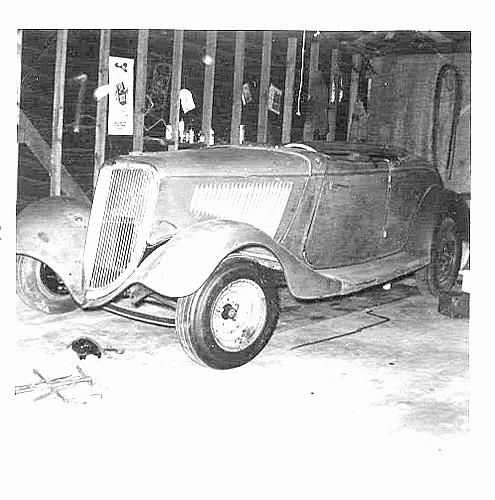 I found this car a few years ago which is the same car but couldn’t purchase it from the owner. 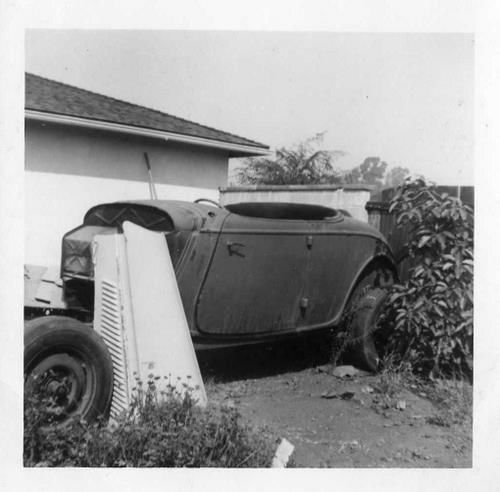 This is how I last saw it and purchased the extra frame from the original roadster. 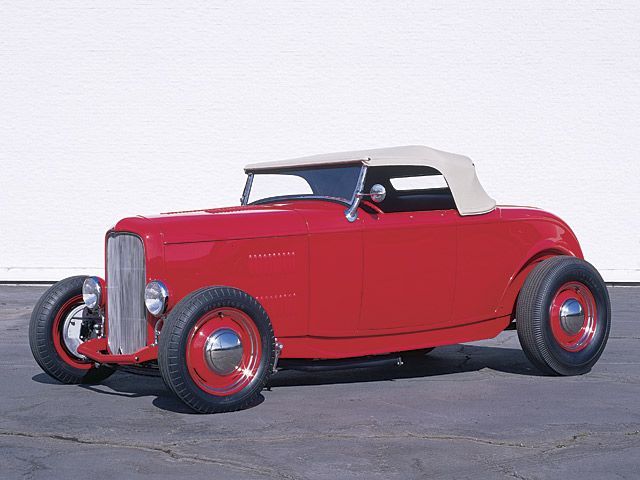 Bob McGee built a winner in his Deuce roadster again with hidden hinges and signature top. 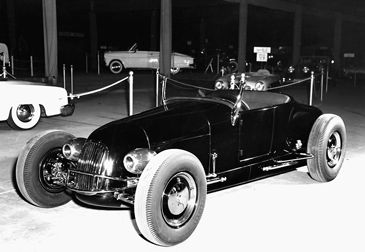 Frank Mack from Detroit built this stunning example of a roadster which is now owned by Bruce Meyer. 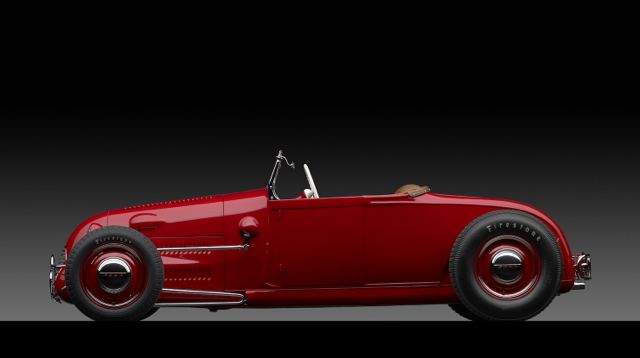 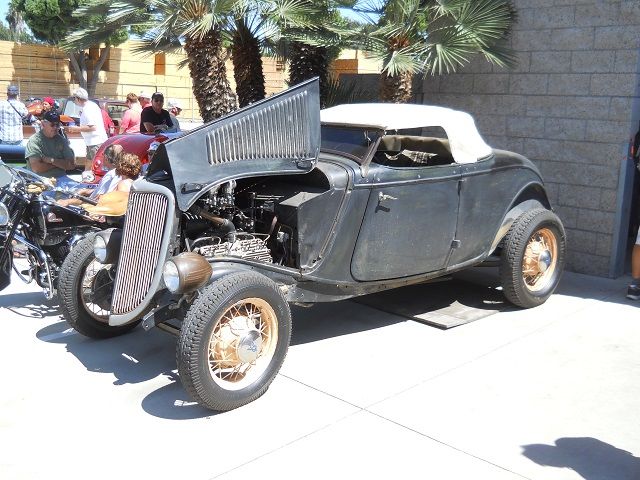 Here is a recent roadster revived from the past and would have been a high school Hot Rod in my era. 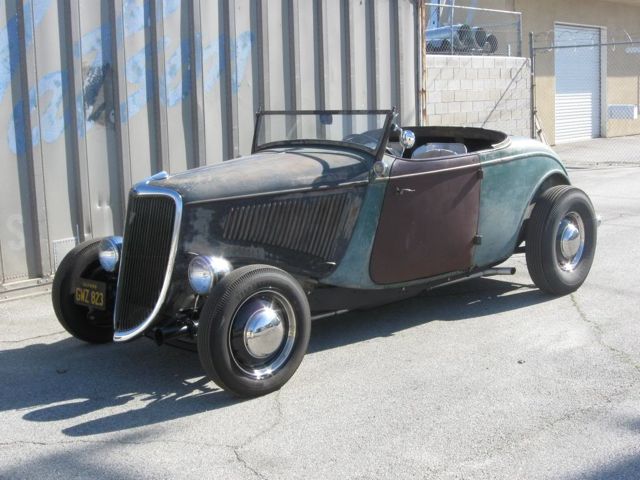 Richard never left the 50’s with his beautiful roadster. 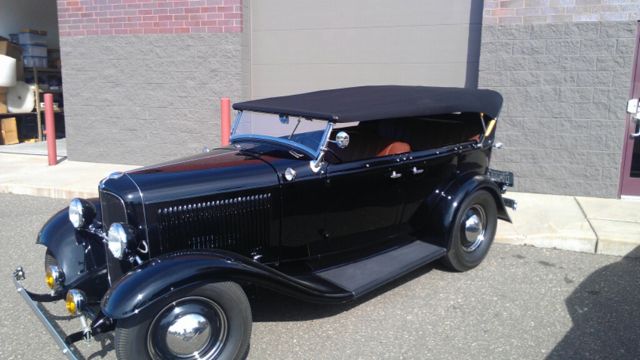 Just in time for the LARS this fabulous Deuce Phaeton could be yours.

See specifications in the For Sale Section