The wife and I got up early and headed to Orange County to delivery the Woody to a new home for a while. She is going to have minor surgery to improve the ride. LA is a big city and Poor Boys Hot Rods is over a hundred miles from my house. I told Dan we would be there before noon and we just made it. The Woody runs and rides great so the trip was uneventful for me. Jane was a trooper and followed me down to the shop. I had never been to Boyd’s La Habra shop since he passed away so I looked forward to the trip. Dan gave me a quick tour and we were on our way. He has some amazing projects underway and a lot of Woodies under construction right now. A beautiful B-400 built by Marcel is being finalized and was really a nice car. He also had a very nice 5 window that was headed to Canada to its new owner. Thanks Dan for the tour.

Since we were in OC, I decide to visit Reids Auto Parts to purchase some new shock mounts for Andre. This is a candy store for me. They stock everything you need and you can actually touch and feel the item you are purchasing. While in the store I walked next door to see CW Moss’s latest stuff. This store is not what it used to be in the 80’s but still has lots of stuff to look at. The temperature was approaching ninety degrees and Jane was getting thirsty. We stopped at McDonalds, grabbed two big ice teas and headed home. Traffic was heavy and the old back was starting to ache but once home I started to install the shocks. They looked great and tomorrow I will hang the axle and bones. Progress is what I am after this next couple of months. 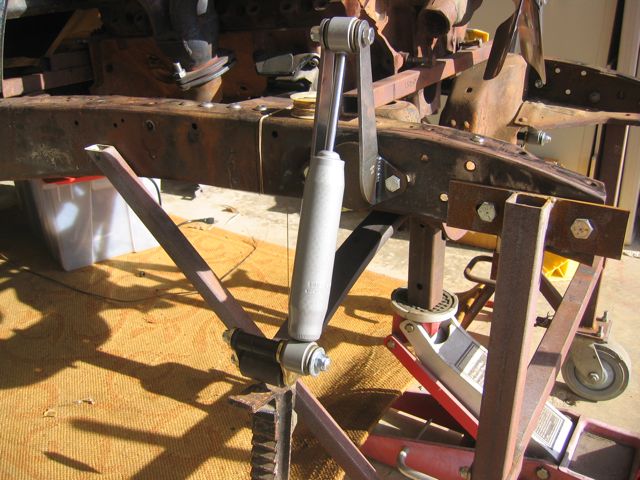 The P&J kit is a direct bolt on item and it looks right in my mind. I have used this kit on several cars and found them to work well. 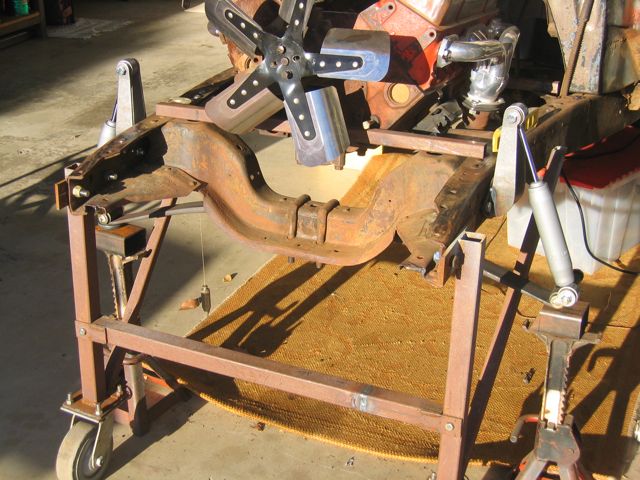 I also installed the spring to make sure the whole thing was installed correctly. Looks good! Note this is a 41 SD that was equipped with an inline six cylinder engine (first year). The crossmember is deeper than the 40 to clear the engine. 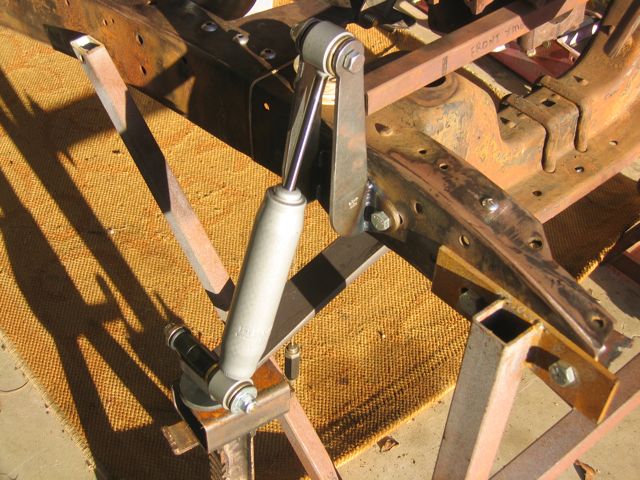 The holes in the front had been drilled for some bolt on aftermarket shocks in the past. I will weld these up later on. The shock can be installed on the top or bottom of the shackle. 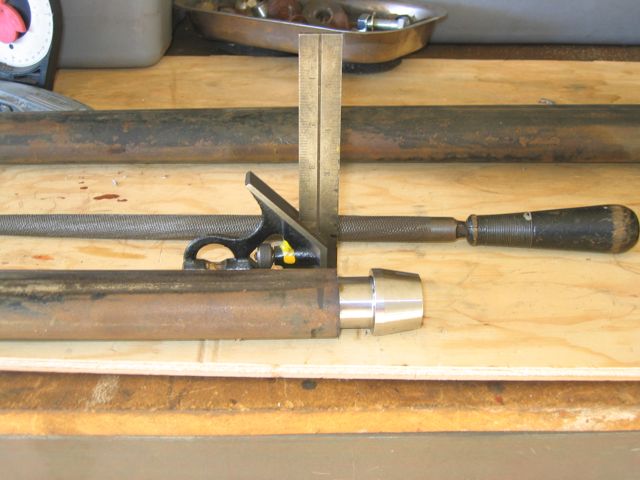 I have the wishbones cut to the correct length and need to ream out the bone so the insert will fit in and center itself. I have a 1 1/8 reamer from a job I did in the past. I think Bob-O has one also. I will just tap in and fit prior to welding solid. This is another old time fix for installing the auto transmission in a 40 Ford. 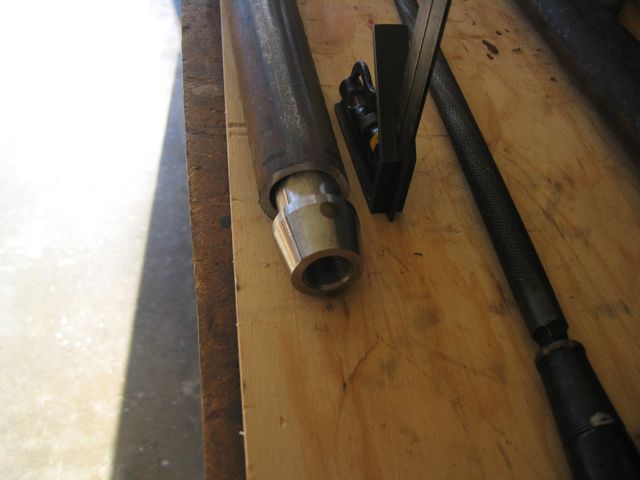 This photo shows the tight fit as cut. I left a little extra length to fit as required. I have cut them too short in the past and had to weld on an extension. 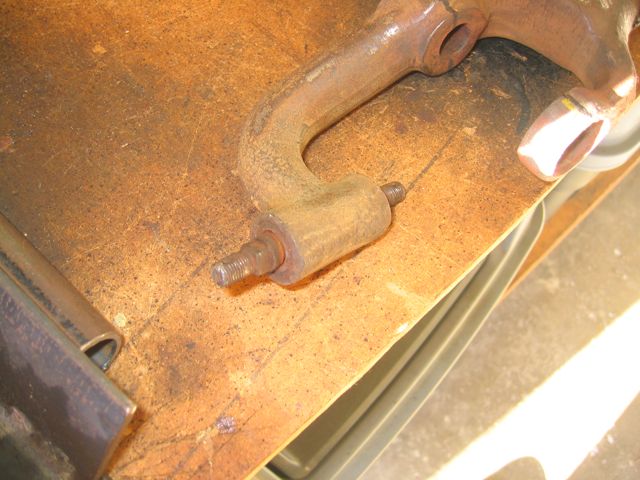 This sounds easy but the shackle bolts can be difficult to remove when rusted as these are. A little persuasion with the hot wrench and presto out they come. Don’t overheat the perch heat the bolt. 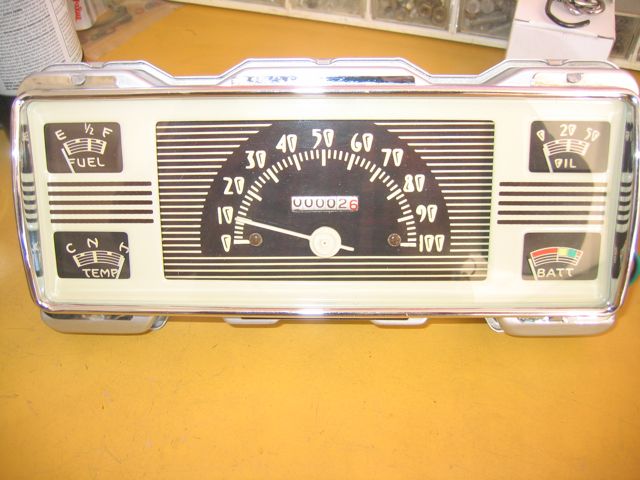 I like the standard panel with the turn signal lights built in. Lee can do for a small fee. The Woody did not have indicator lights and I really like them to see if they are working or not…and if they shut off. 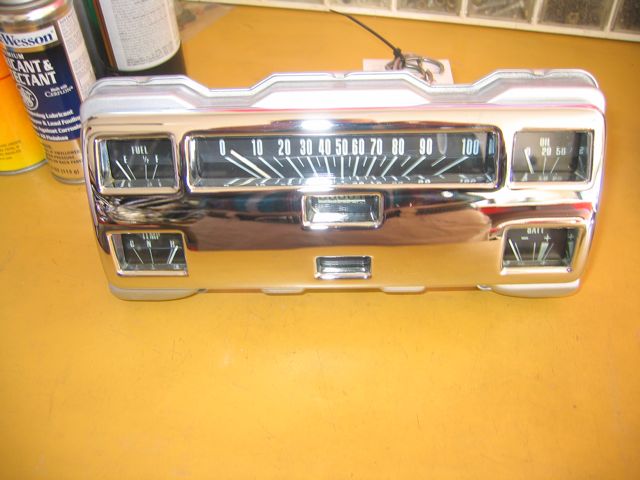 A delivery had a deluxe panel as standard equipment. Bob-O had this one done using some black face gauges and a chrome panel. He likes the 50’s…old school. 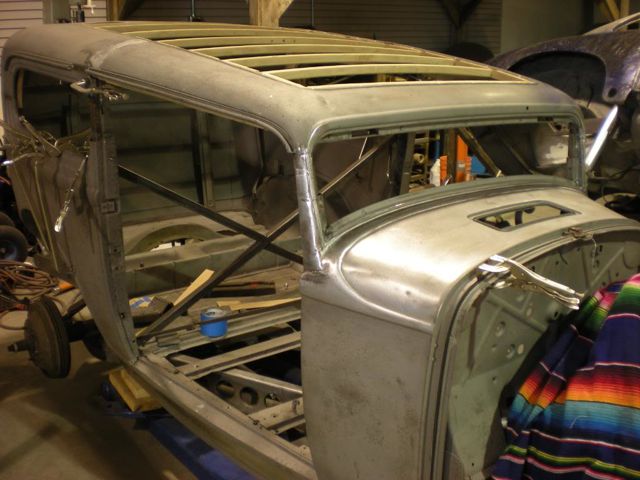 When Gary returns to his sedan project he is going to be faced with the front post problem on a severe front chop (over 3 inches).
Chris shows that it can be done but takes lots of cuts and finesse to make it look good. Remember the windshield must lay flat to close properly. 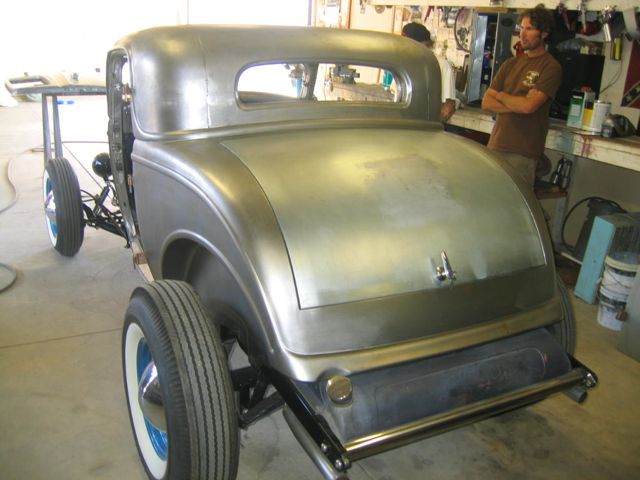 The boys can chop tops with the best of them. This Brookville body has 2 inches taken out and you can hardley see where he welded the metal. Nice work and reasonable.