As we head into the final month of the year, it is time to think about 2019. The year marks the Fiftieth year of the NSRA which started the Street Rod movement in the United States and the World. Most of us were already building Hot Rods in our garage and attending local shows. And then, the concept of driving your Hot Rod to events all over the country was the latest “in-thing” to do. This required changing your build style to be more compatible with driving across country and less than smooth roads. Luxury items such as a/c, p/s, ifs and more reliable drive lines became popular. I stayed the course with high horsepower engines, low rear end gear ratios and big dirt track tires on the rear. This proved to be a hazard after a few long distance trips — (I was young).

The growth of our hobby resulted in a number of new companies that catered to the builders of Hot Rods, Street Rods and now Muscle cars. Pioneers such as P&J, Deuce Factory, TCI and a host of others soon became the go-to source rather than the junk yards or dIY’ers. Quality parts meant safer cars and made them more capable of making the long haul. IFS and IRS companies such as Kugel and Heidts were leaders in the independent suspensions for Street Rods. I was not a fan until the Jaguar suspensions showed up in the late 70’s. I thought the all chrome units were just killer looking and rode much softer than the buggy springs I had been used. Coil over rear suspensions became popular  and soon companies such as Koni were interested in developing a coil over shock for the street rodder’s. Again, more companies became interested in the growing market for their products.

While NSRA was the only recognized leader in early national events, one of their own branched off and started Goodguys. Gary was a very likable guy with roots in the Hot Rod world and saw an opportunity to do his own thing. And soon became a leader in the second largest organization holding national events. Many others started some similar events but none prevailed like NSRA and Goodguys. We should all be thankful for their risk taking and success in building two very well run event promoters.

Our group plans to go back to the Fiftieth Anniversary next year to see the one that started it all. I hope to see you there. 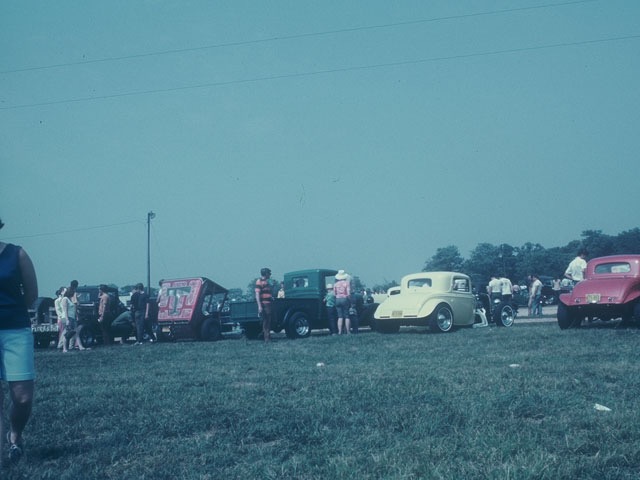 Cars numbered 600 and spectators numbered 1200. A successful event and the rest is history. 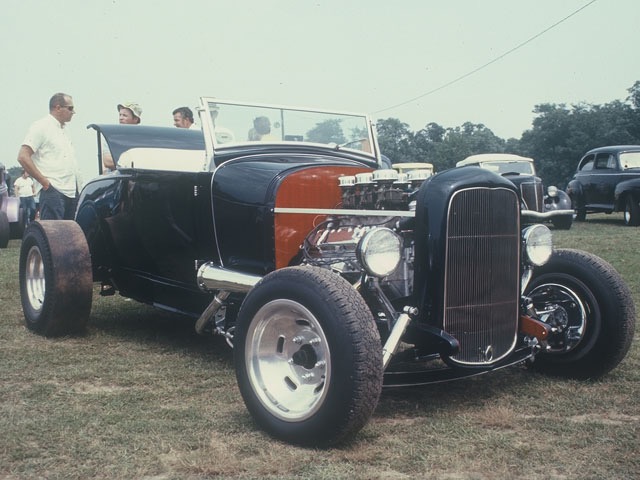 Cars came from all over to attend. 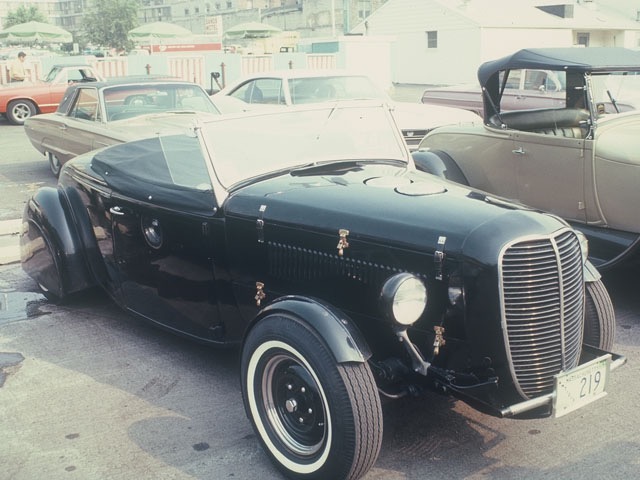 Jane and I meet Sabie and his 36 at almost every event we attended. 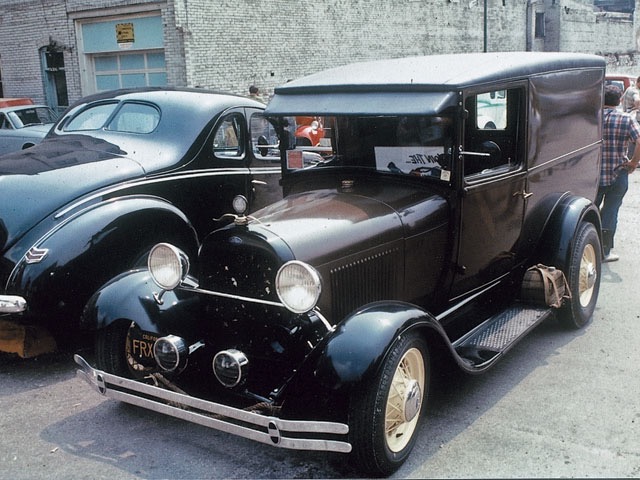 Jake still has his truck and he drove it to Peoria. 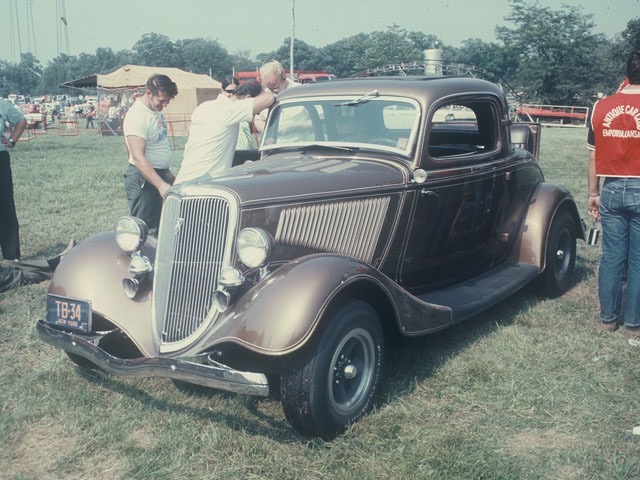 A classic 34 three window was drive from Ohio to attend the event. 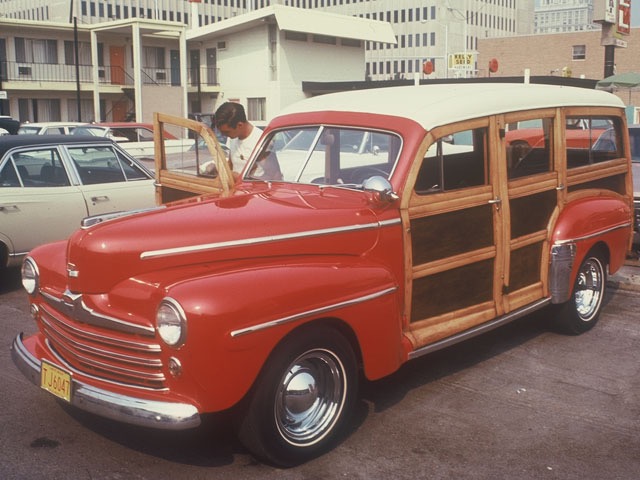 A 47 Woody made the trek to Peoria. 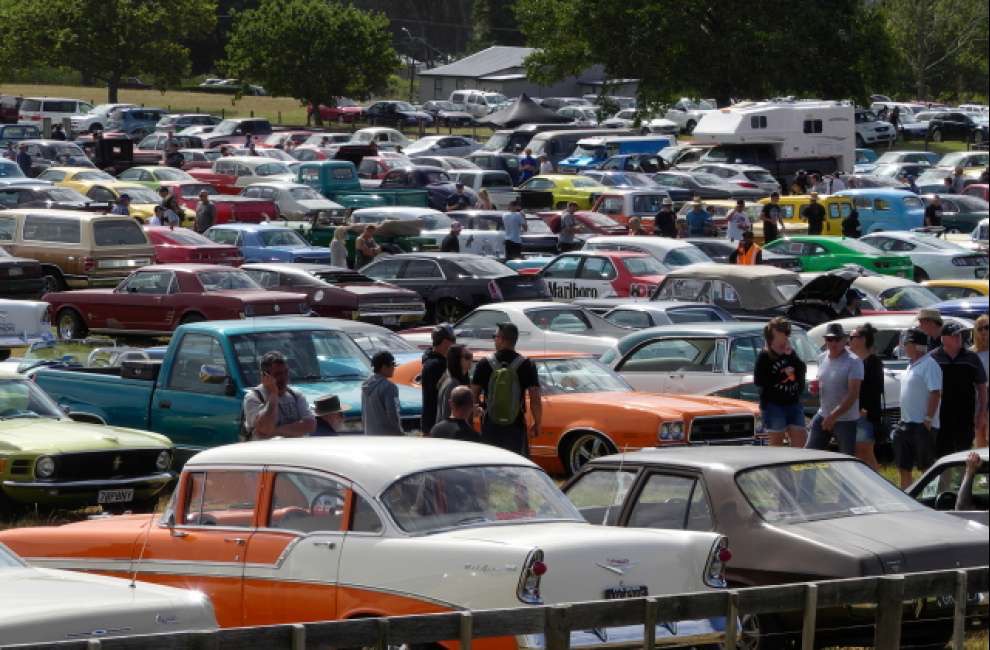 As the old pre-48 rule became stale, a change was made to include later models which was a good business decision. 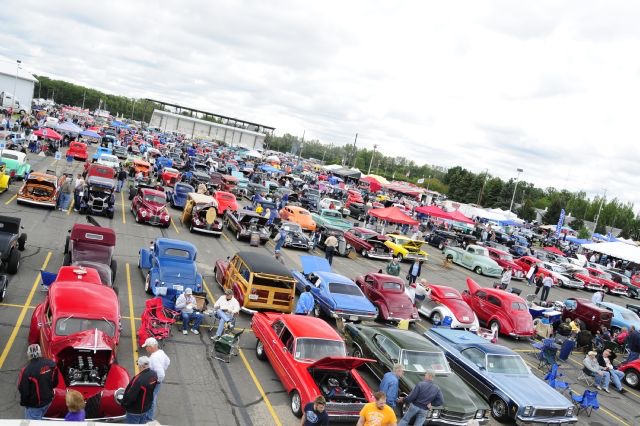 Parking on hot asphalt can sometimes be difficult for the participants and spectators. 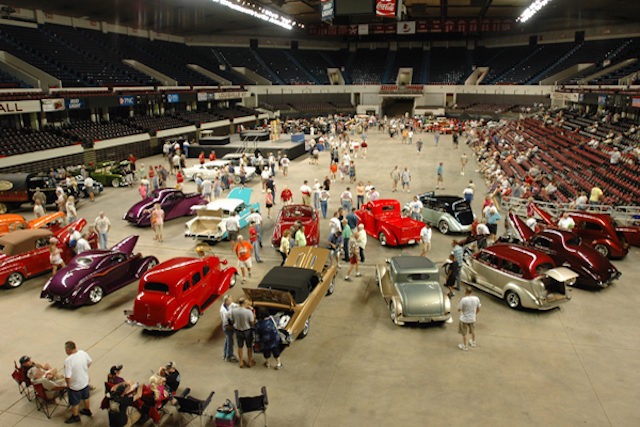 Top 25 is always an interesting place to view the best of show. 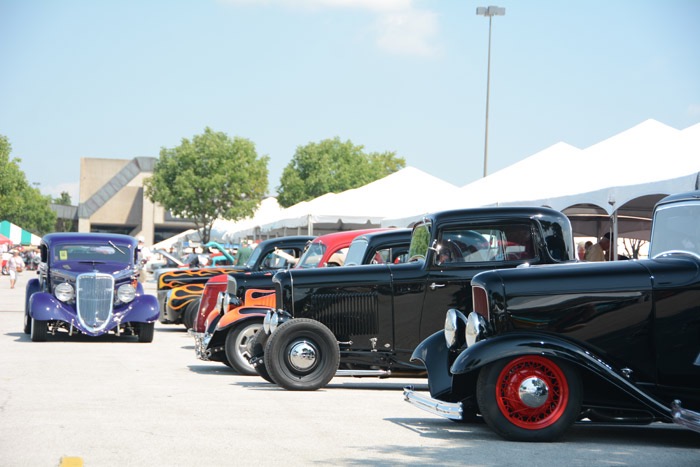 You can still see the pre-48 models at most events although the attendance is was down from 1970. 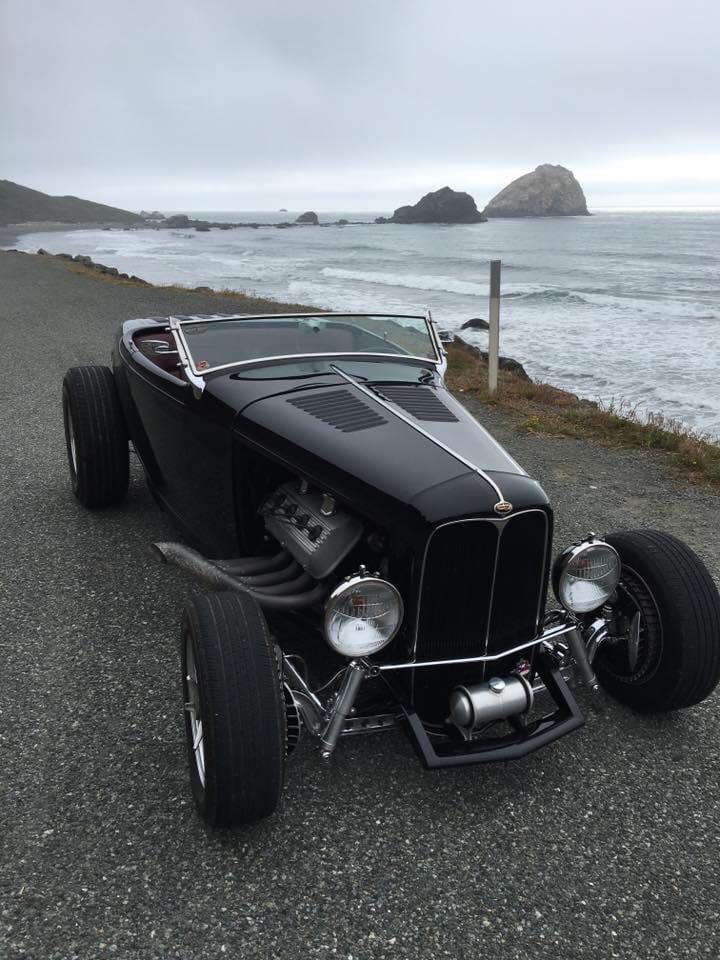 I love Hot Rods by the water and Chick captured his Deuce by the sea. 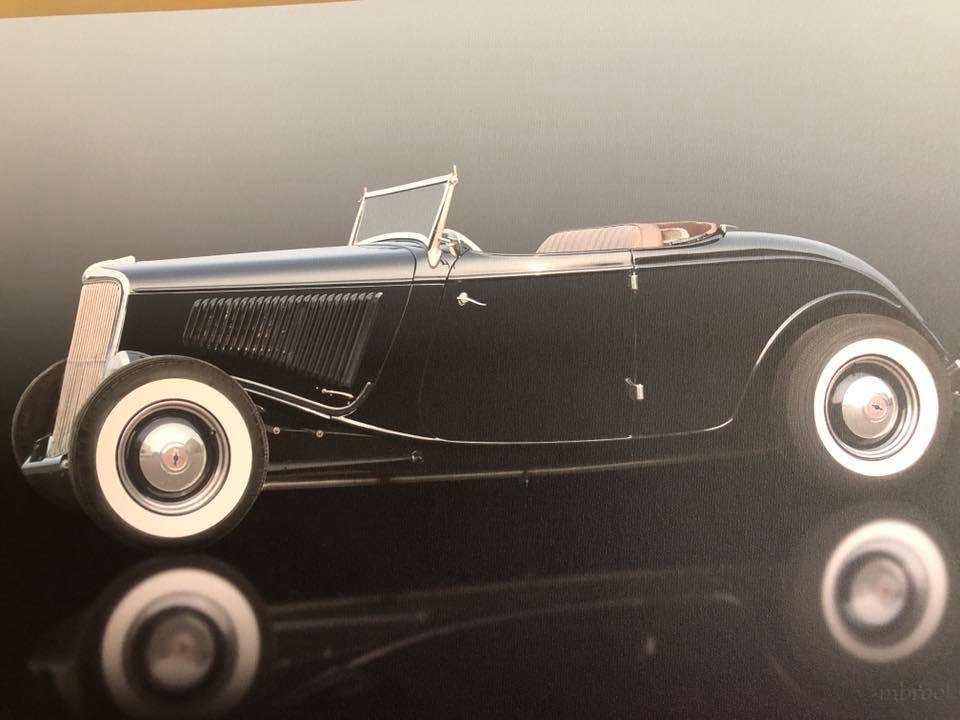 My love for the 34 roadster hiboys comes alive with this photo. 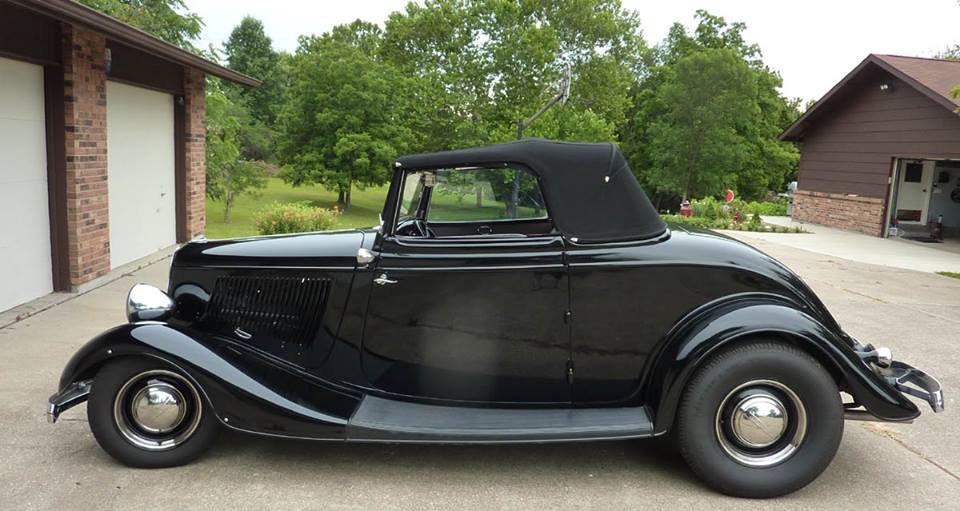 Seldom seen but just a nice is the 33 cabriolet done in black. 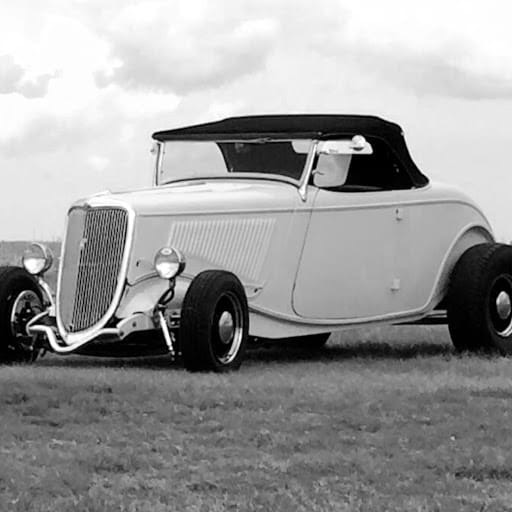 Not a Black Friday hiboy but darn nice. 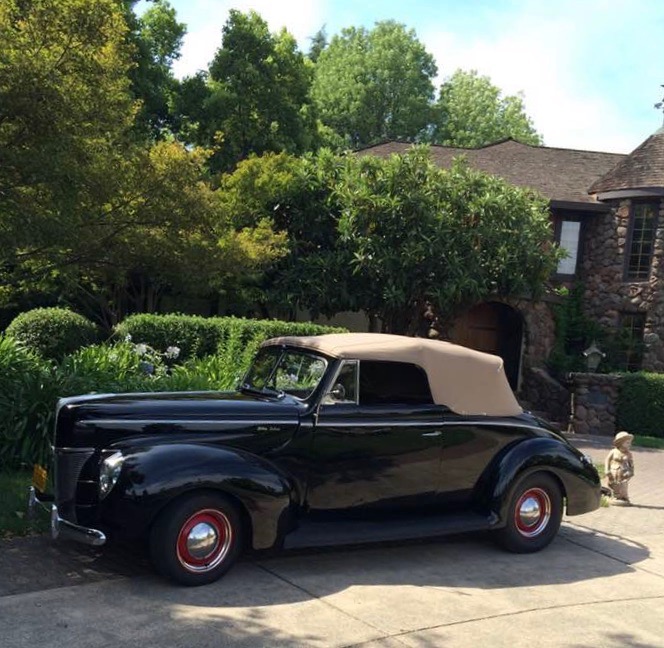 I love the no modifications look except lowering on this 40 rag. 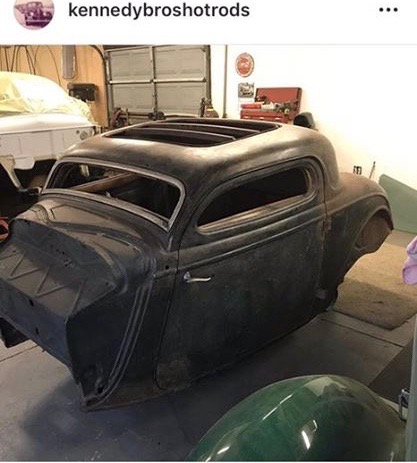 If Santa is headed to your house he may want to pick this coupe up for you. 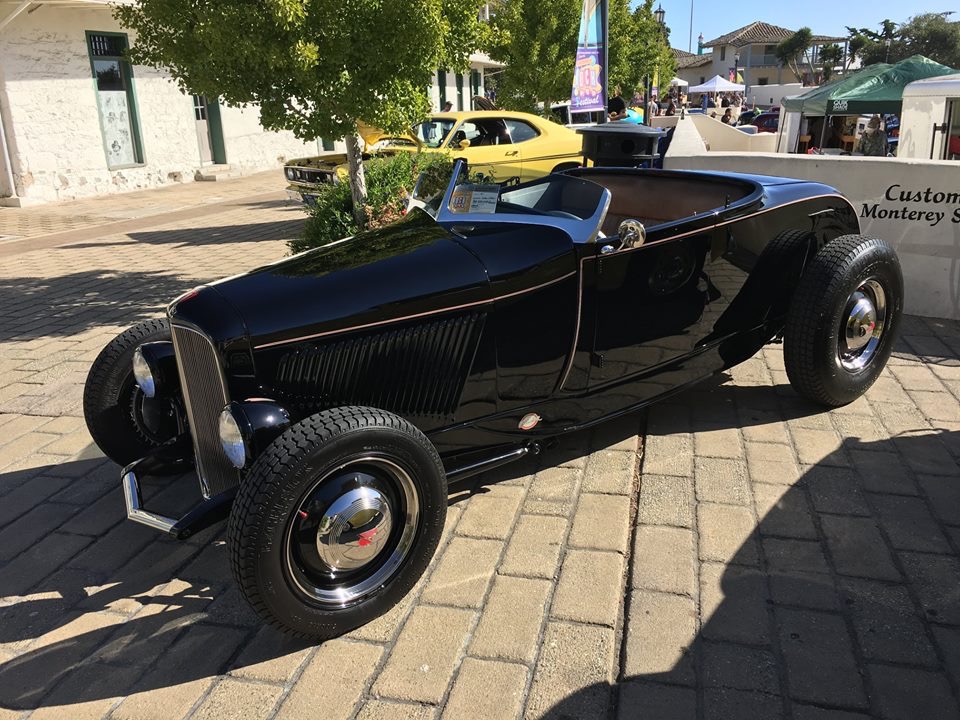 If I could fit in one of these 29’s I would build one.